Corruption and Inequality as Correlates of Social Trust: Fairness Matters More Than Similarity

Argued is that the fairness of a society affects its level of social trust more than does its homogeneity. Societies with fair procedural rules (democracy), fair administration of rules (freedom from corruption), and fair (relatively equal and unskewed) income distribution produce incentives for trustworthy behavior, develop norms of trustworthiness, and enhance interpersonal trust. Based on a multi-level analysis using the World Values Surveys data that cover 80 countries, I find that (1) freedom from corruption, income equality, and mature democracy are positively associated with trust, while ethnic diversity loses significance once these factors are accounted for; (2) corruption and inequality have an adverse impact on norms and perceptions of trustworthiness; (3) the negative effect of inequality on trust is due to the skewness of income rather than its simple heterogeneity; and (4) the negative effect of minority status is greater in more unequal and undemocratic countries, consistent with the fairness explanation. This publication is Hauser Center Working Paper No. 29. The Hauser Center Working Paper Series was launched during the summer of 2000. The Series enables the Hauser Center to share with a broad audience important works-in-progress written by Hauser Center scholars and researchers. 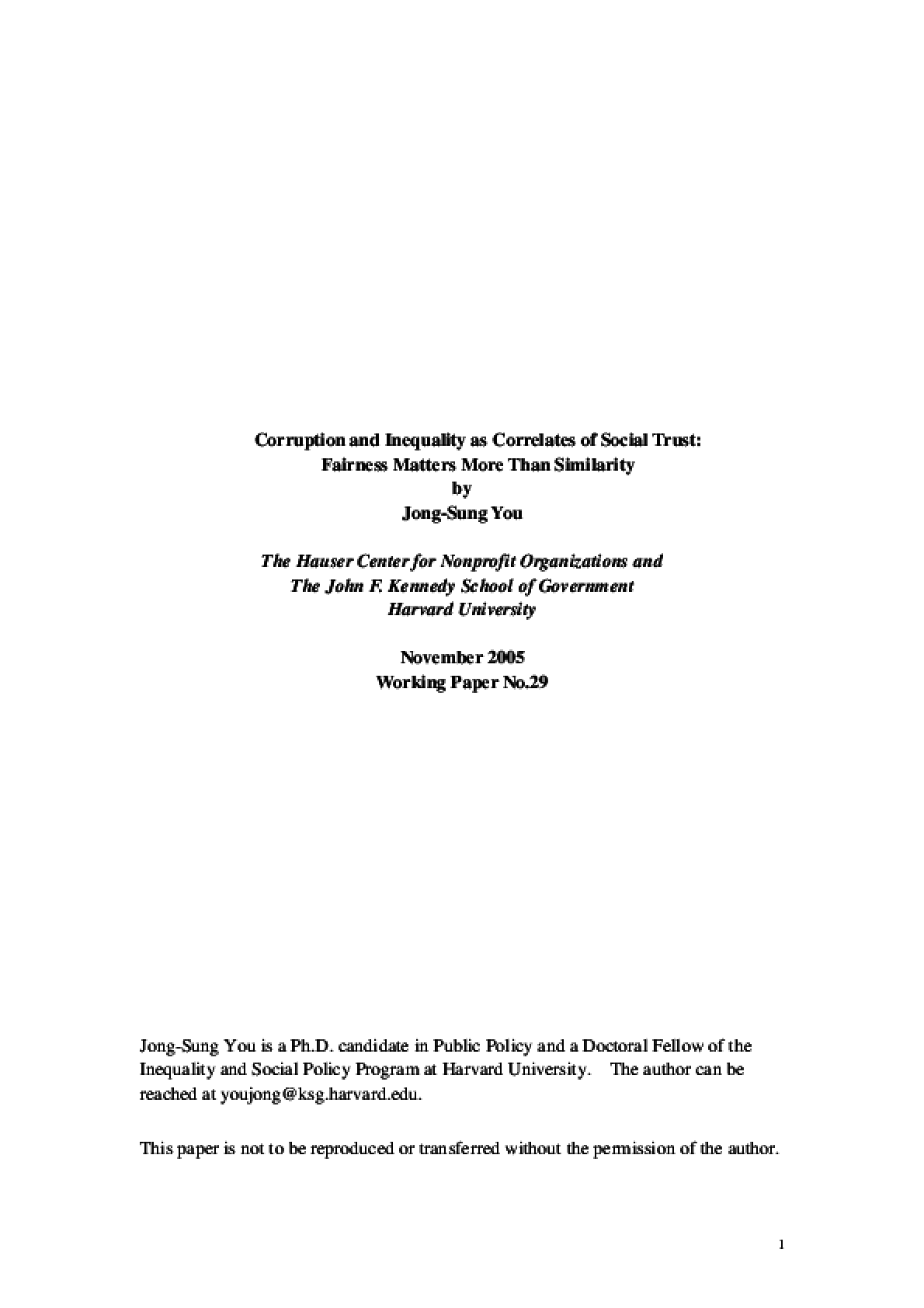