The present article attempts at combining Big History potential with the potentialof Evolutionary Studies in order to achieve the following goals: 1) to apply the historical narrative principle to the description of the star-galaxy era of thecosmic phase of Big History; 2) to analyze both the cosmic history and similaritiesand differences between evolutionary laws, principles, and mechanisms at various levels and phases of Big History. As far as I know, nobody has approached this task in a systemic way yet. It appears especially important to demonstrate that many evolutionary principles, patterns, regularities, andrules, which we tend to find relevant only for higher levels and main lines of evolution, can be also applied to cosmic evolution. Moreover, almost everything that we know about evolution may be detected in the cosmic history,whereas many of the evolutionary characteristics are already manifested herein a rather clear and salient way. Of course, many of the characteristics aremanifested in initial or nonsystematic forms but some features, on the contrary, appear to be more distinct just in the cosmic phase. And at the same time when many characteristics and features which are typical of biological and social evolution unexpectedly reveal their roots or protoforms at earlier phases, onebecomes aware that the universal character of evolution is real and it can be detected in a number of manifestations. One should also bear in mind that the origin of galaxies, stars, and other celestial objects is the lengthiest evolutionary process among all evolutionary processes in the Universe. Such an approach opens new perspectives for our understanding of evolution and Big History, of their driving forces, vectors, and trends, it also creates a consolidatedfield for the multidisciplinary research. 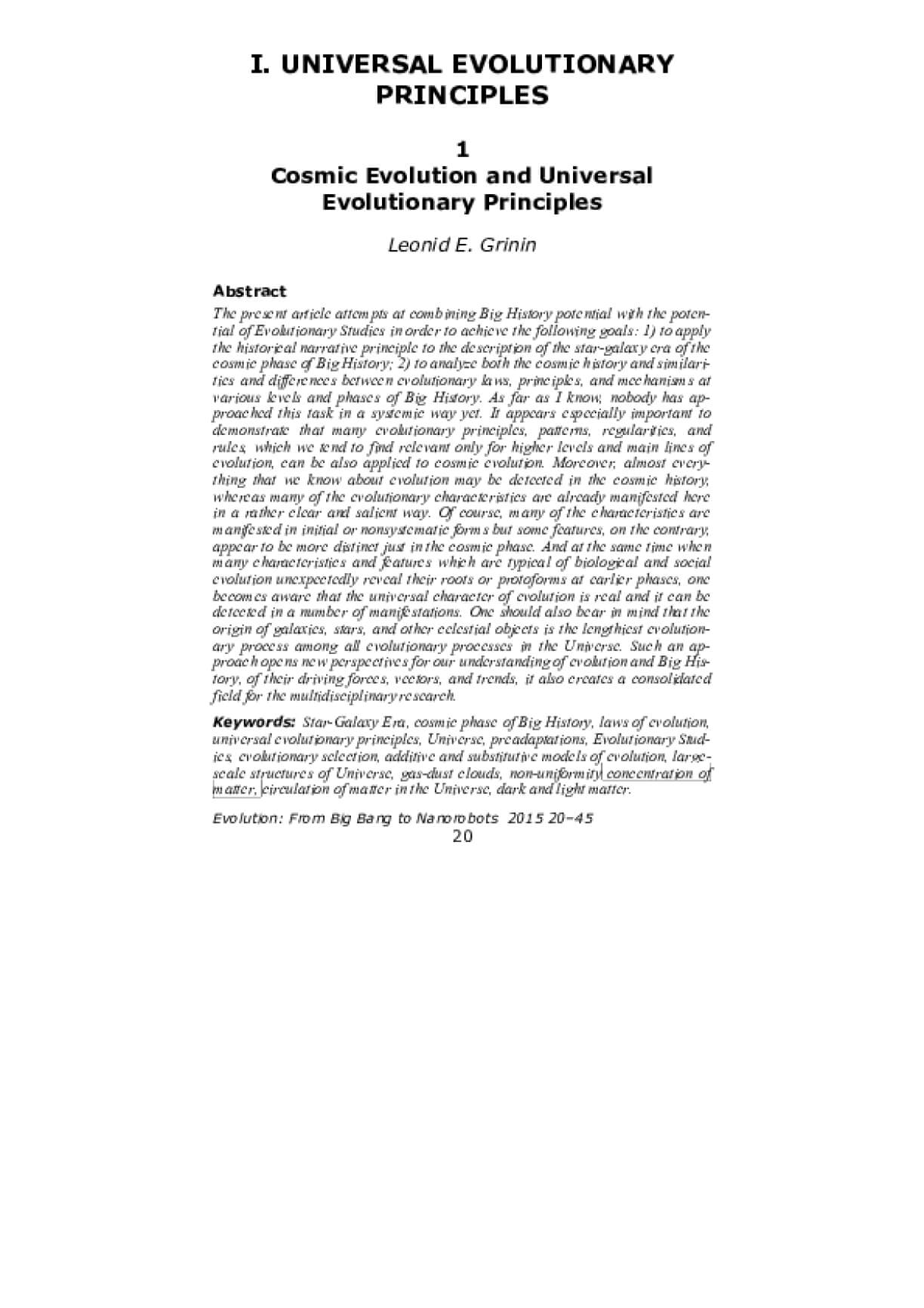