The Cost of Inequality: How wealth and income extremes hurt us all

An explosion in extreme wealth and income is exacerbating inequality and hindering the world's ability to tackle poverty. The $240 billion net income in 2012 of the richest 100 billionaires would be enough to end extreme poverty four times over, according to this Oxfam media briefing. It calls on world leaders to curb today's income extremes and commit to reducing inequality to at least 1990 levels. Jeremy Hobbs, Executive Director, Oxfam International, said: 'We can no longer pretend that the creation of wealth for a few will inevitably benefit the many - too often the reverse is true. Concentration of resources in the hands of the top one per cent depresses economic activity and makes life harder for everyone else - particularly those at the bottom of the economic ladder.' 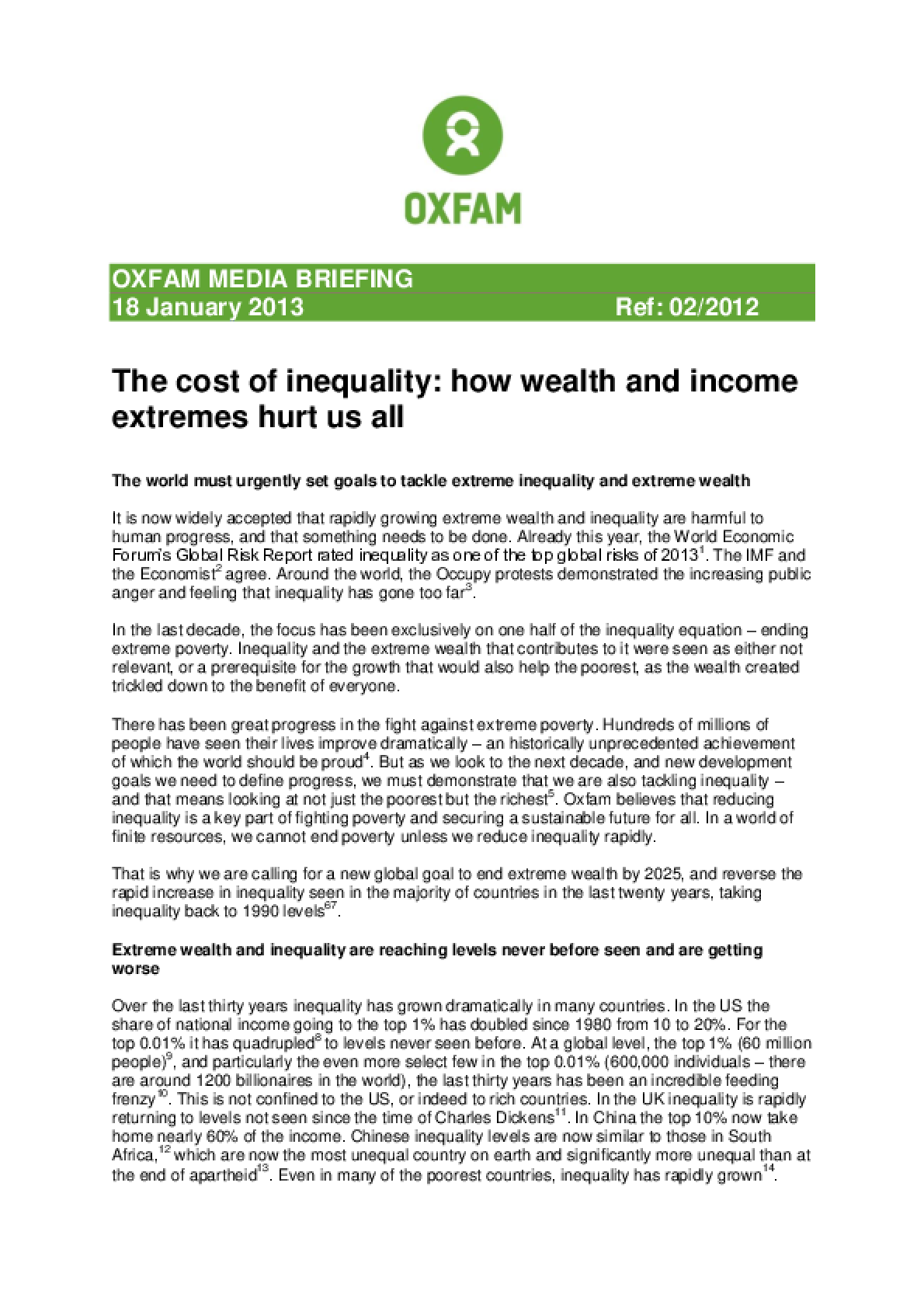