Cost of Services and Incentives in the UK Employment Retention and Advancement (ERA) Demonstration: Preliminary Analysis

This report presents a preliminary analysis of the cost of operating Britain's Employment Retention and Advancement (ERA) demonstration, which is being evaluated though a large-scale randomised control trial. This assessment of costs will become an important element of the full cost-benefit analysis to be presented in future ERA reports. Aimed at helping low-income individuals sustain employment and progress in work, ERA is distinguished by a combination of job coaching and financial incentives that it offers to participants once they are working. The ERA demonstration project began operations in late 2003 as a pilot programme administered by Jobcentre Plus in six regions of the country. 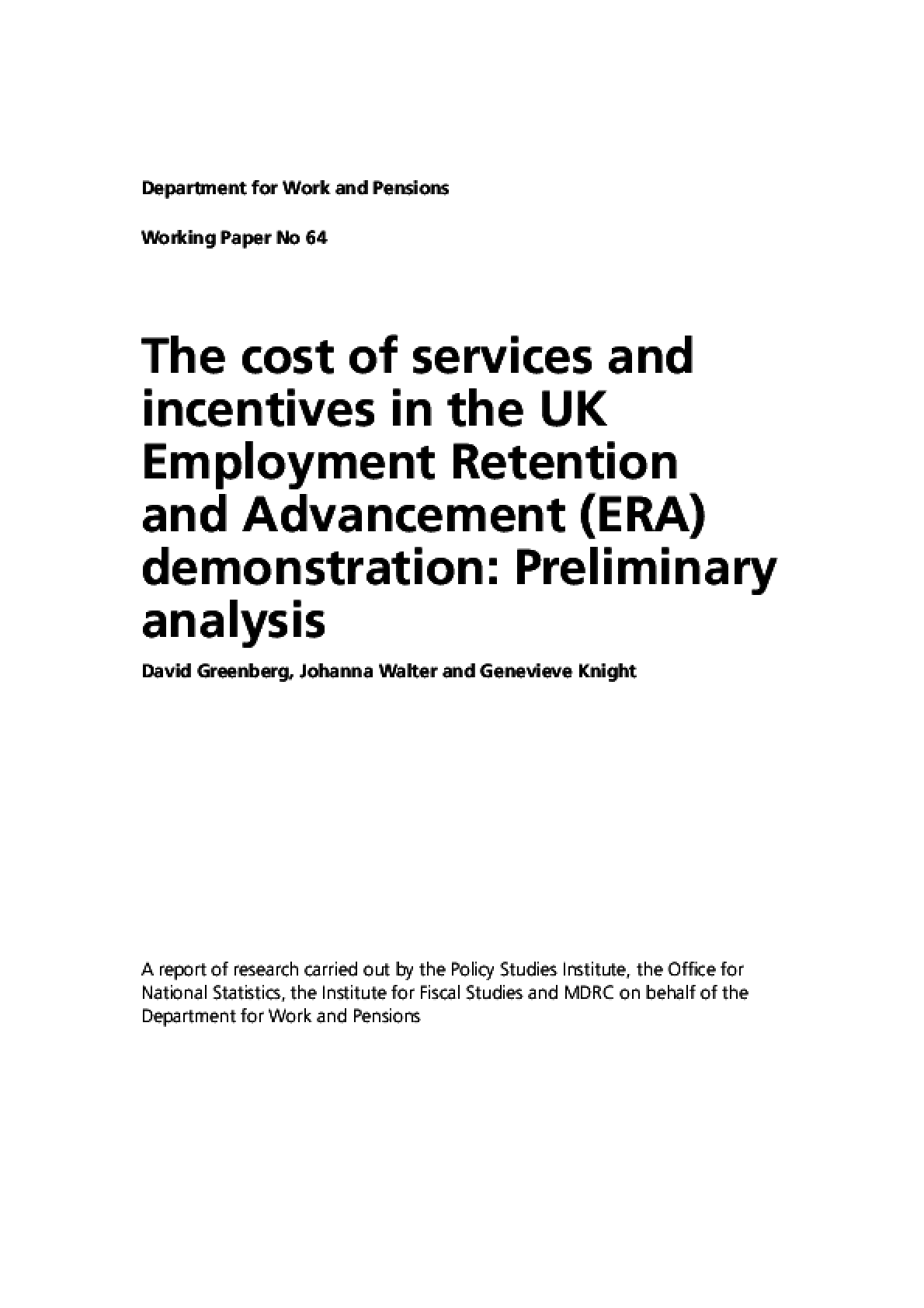