Could it Be Sunny in Philadelphia?

The Philadelphia Media Network--the serious broadsheet Inquirer, scrappy tabloid Daily News and digital hub Philly. com--has been the poster child for newspaper ownership turmoil over the past decade. A half-dozen separate owners have shepherded a half-dozen separate strategies, all while the business for major metro papers, including those in Philadelphia, was facing dramatic digital disruption and revenue declines. Enter Gerry Lenfest, a local cable network owner- turned-major philanthropist, who found himself as the sole owner looking for a better path forward. In January, the 85-year-old Lenfest announced a complex nonprofit/for-profit hybrid structure he believes will give PMN a fighting chance, both at survival after he's gone and at helping to solve the news industry's shared challenges. Lenfest donated PMN to a newly created Institute for Journalism in New Media, which is housed under the Philadelphia Foundation, and gave $20 million as seed money to help get the institute off the ground. The goal is to grow the endowment (to the tune of $100 million) to fund a potentially wide array of initiatives, including research and development of digital delivery models and specific public-interest journalism projects at PMN and beyond. The institute and PMN are managed by separate boards with separate missions and marching orders. While PMN is complex and still in an early stage, potential lessons can be learned about its component parts that could be applicable for other newspaper owners, publishers and funders. 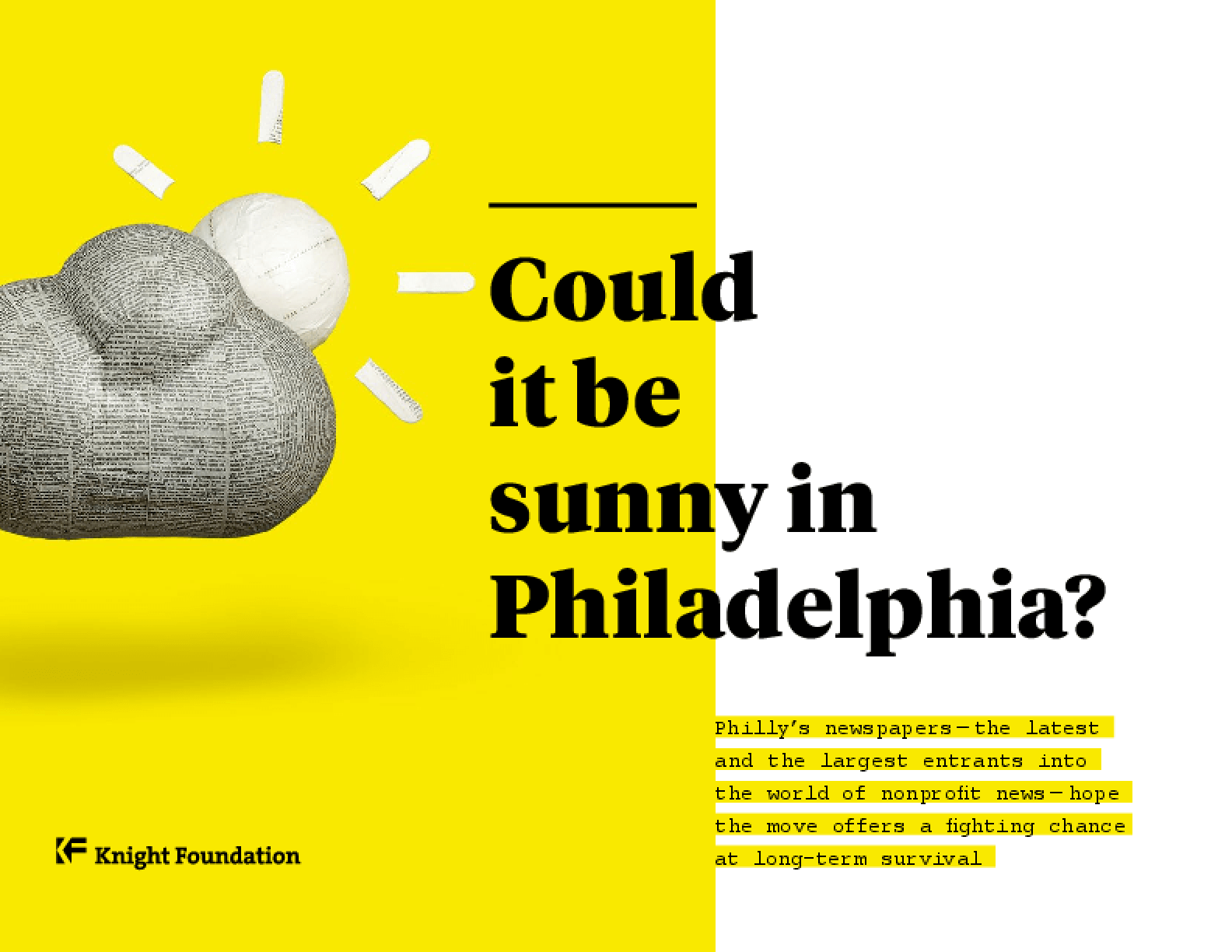