The seas surrounding the frozen continent of Antarctica harbor some of the most pristine marine ecosystems left on our planet, supporting an abundant yet fragile web of life. Whales, penguins, and seals share the waters of the Southern Ocean with thousands of spectacular but little-known creatures, such as bioluminescent worms, brilliant starfish, and ghostlike octopuses. Twenty-four countries and the European Union will soon decide whether to safeguard two vital areas of the Southern Ocean -- the Ross Sea and the East Antarctic -- from increasingly intensive fishing and other industrial activities. 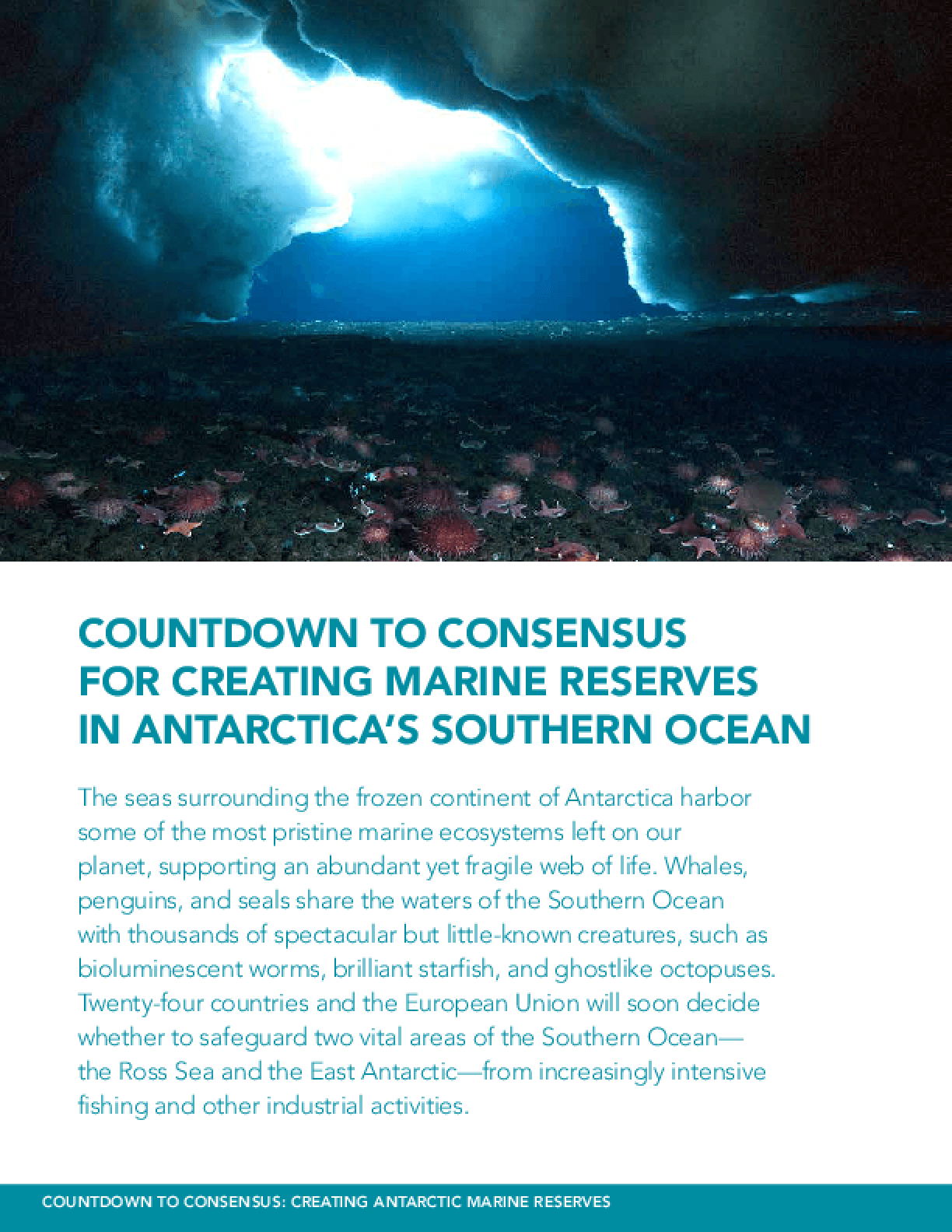