Counter-CAPS Report: the Community Engagement Arm of the Police State

After more than a year of protests against the police murder of Black people, police departments across the U.S. have an image problem. The Black Lives Matter movement has drawn public attention not just to high-profile deaths, but also to the routine violence and harassment young people of color experience at the hands of the police. The protests have created a crisis of legitimacy for both police departments across the country, and the institution of policing as it exists in the United States. In this context, police are attempting to improve the strained relations between themselves and the communities they patrol, using the decades-old rhetoric of "community policing." This is a national shift. Community policing is a key pillar of Final Report of the President's Task Force on 21st Century Policing. President Obama has advocated for community policing in a series of highly publicized speeches in Camden, NJ and more recently at the meeting of the International Association of Chiefs of Police in Chicago, IL. The Chicago Police Department is no exception to this trend. The department is re-emphasizing community policing in an attempt to maintain its legitimacy. This is evidenced in the Department's "listening tour" in the summer of 2015, which brought renewed attention to the Chicago Alternative Policing Strategy (CAPS). Existing research shows that CAPS has not resulted in meaningful community control over police. Instead, police officers retain total control over decision-making and agenda-setting. As examined in this report, "community policing" is the superficial involvement of select community members in providing police with legitimacy. "Community policing" acts as a shield for police. A self-selecting group of empowered community members, who are frequently gentrifiers, work with police to deflect criticism and build local support for policing. Despite its more palatable label, Chicago's "community policing" program is used to provide political cover foraggressive enforcement of so-called "quality of life" crimes–and even for the physical displacement of people of color from gentrifying neighborhoods. From April to September 2015, Real Community Accountability for People's Safety (RCAPS), a working group of We Charge Genocide (WCG), gathered data at CAPS meetings in several different neighborhoods across Chicago. Our research shows that CAPS' primary function is to further mobilize residents already committed to police involvement, increasing police surveillance of a community's most vulnerable residents orvisitors. 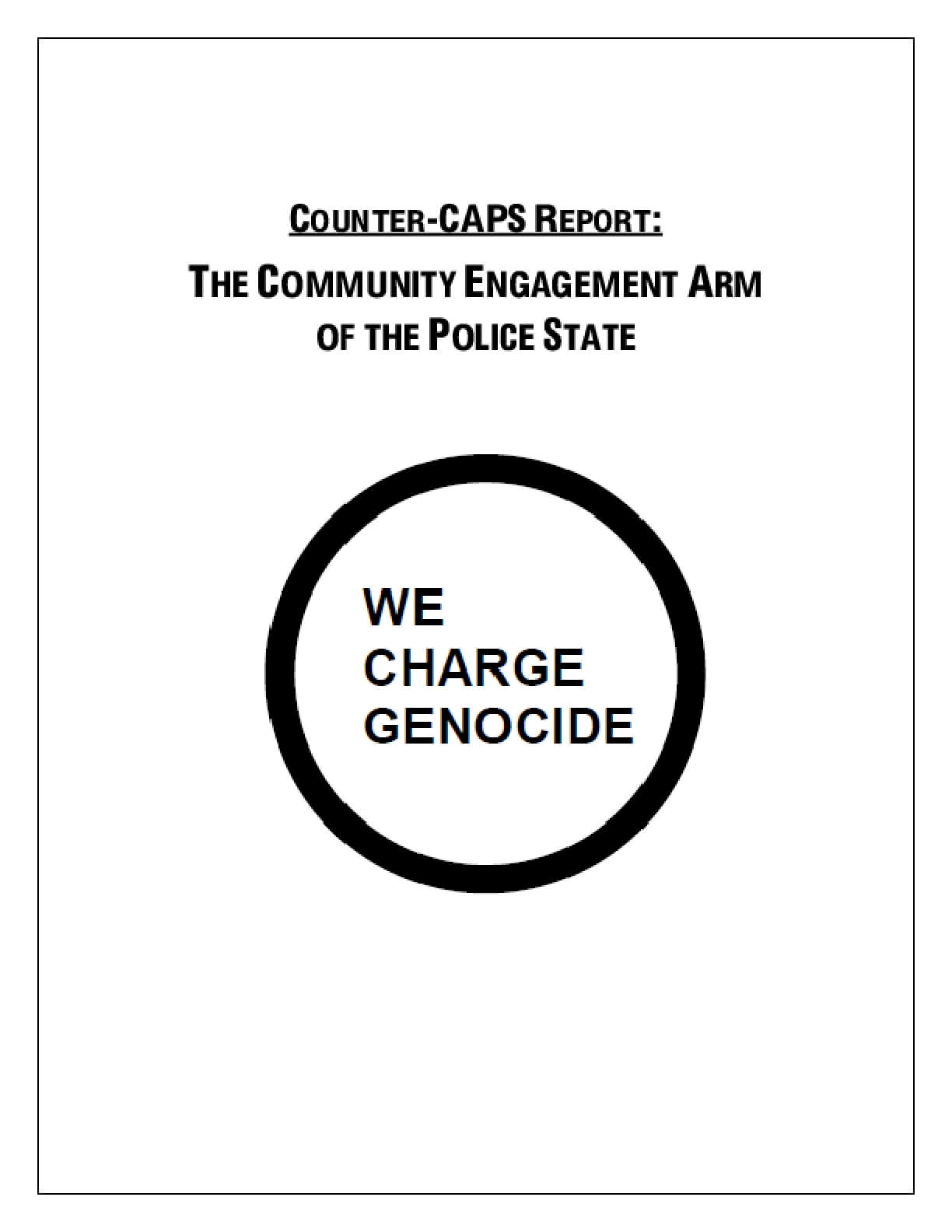