Countering a Legal Threat to Cultural Exchanges of Works of Art: The Malewicz Case and Proposed Remedies

The ability of U.S. museums to borrow for exhibition works of art from museums owned by foreign governments is seriously threatened under a ruling of the Federal District Court for the District of Columbia in the case of Malewicz v. City of Amsterdam that is now on appeal. If upheld, future cultural exchanges may be seriously curtailed; in fact, there is evidence that the case has already had a chilling effect on the willingness of foreign lenders to permit their works of art to travel to the United States. The case in question involves works of art lent by the city of Amsterdam to two U.S. museums that, under the terms of the 1965 Immunity from Seizure Act, were protected from seizure while in the United States. At issue in the case is a separate statute, the Foreign Sovereign Immunity Act, under which foreign governmental entities whose property is at any time in the United States are immune from suit here unless the property involves a violation of international law and commercial activity. The District Court held that the Immunity from Seizure Act only protects works of art from seizure; it does not preclude suits for damages against the owners; and that the loan of art works to U.S. museums is commercial activity as that term is used in the Foreign Sovereign Immunity Act. In order to assure continued cultural exchanges, legislation is needed that will extend the Immunity from Seizure Act to protect a foreign owner from any suit based on the presence of artwork in the United States that has received protection under the Act. This publication is Hauser Center Working Paper No. 42. The Hauser Center Working Paper Series was launched during the summer of 2000. The Series enables the Hauser Center to share with a broad audience important works-in-progress written by Hauser Center scholars and researchers. 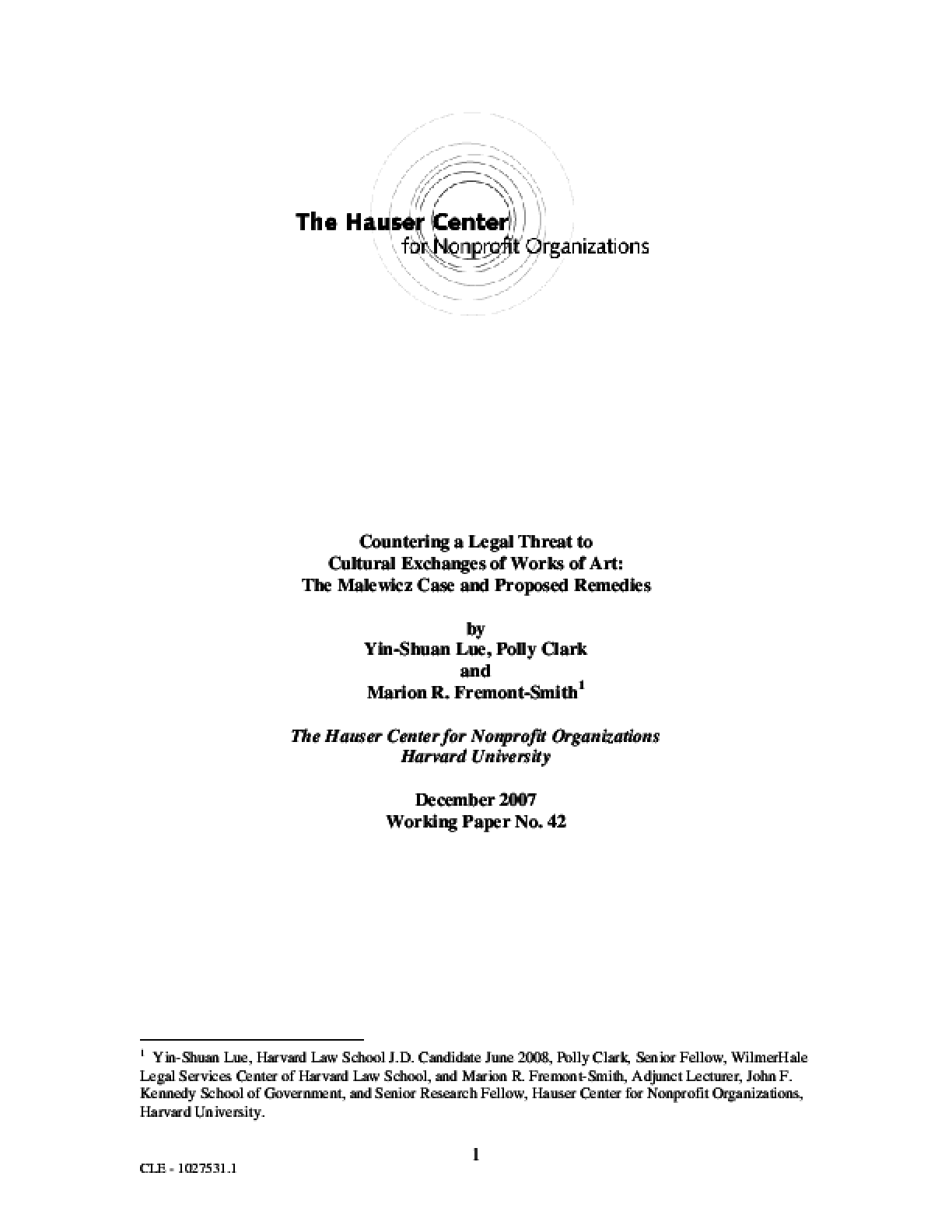