The North Atlantic Treaty Organization is beginning to fracture. Its members, sharing the triumphalism that underpinned U.S. foreign policy after the Cold War, took on burdens that have proved more difficult than expected. Increasingly, they are failing to meet the challenges confronting them. The principal problem is Afghanistan. After the United States was attacked on September 11, 2001, NATO for the first time invoked Article V, its pledge that an attack against one member country would be considered an attack against all. But NATO's forces are being relentlessly attacked by the Taliban, and among NATO countries popular support for maintaining troops there is fading. If NATO fails in Afghanistan, the consequences could be as damaging for its survival as the Vietnam War was for the now defunct Southeast Asia Treaty Organization. There are a number of other problems, which may not reach the importance of Afghanistan, but which nevertheless pose serious complications. These include the proposed deployment of antiballistic missiles in Poland and the Czech Republic; a potential flashpoint in Kosovo, where the Albanian majority's insistence on independence could divide alliance members; and the growing tension between Russia and some of its neighbors. NATO's inability to deter a cyber attack that virtually paralyzed NATO member Estonia's access to the internet -- an attack evidently launched from Russia but without any clear link to the Russian government -- raises questions about the alliance's ability to protect its newest members. In short, NATO is facing new challenges, and the future of the alliance is unclear. The United States should begin discussions with our allies about what a post-NATO world would look like. 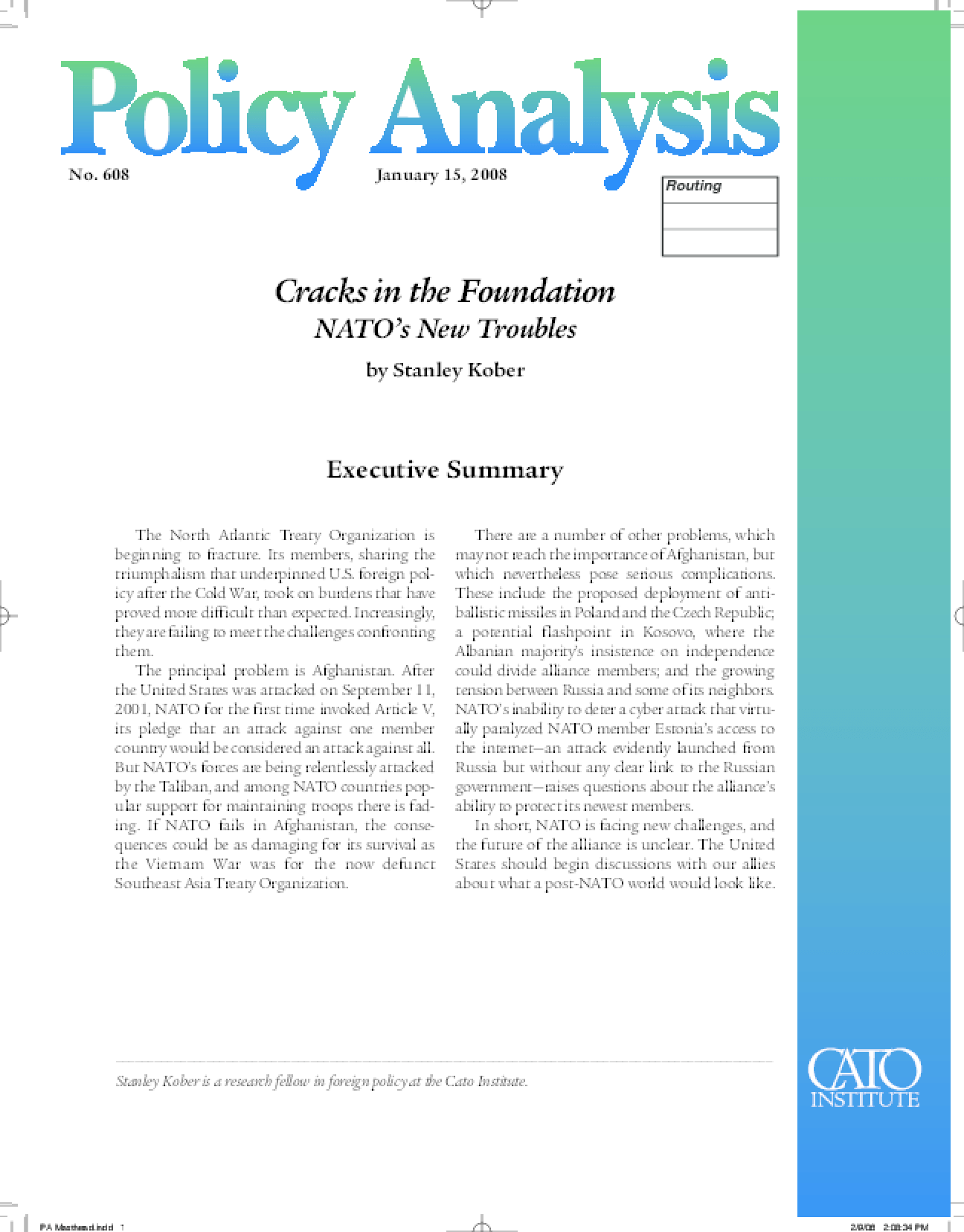