Created Equal: Racial and Ethnic Disparities in the US Criminal Justice System

NCCD uses federal and state data to catalog racial and ethnic disparities at each stage of the justice system, including arrest, court processing, jails and prisons, probation and parole, and the death penalty. Primarily using relative rate indices, the report finds that people of color, especially African Americans and Hispanics, are overrepresented throughout the system. The report also gives similar data for youth in the juvenile justice system, and discusses racial and ethnic differences in recidivism in select states. 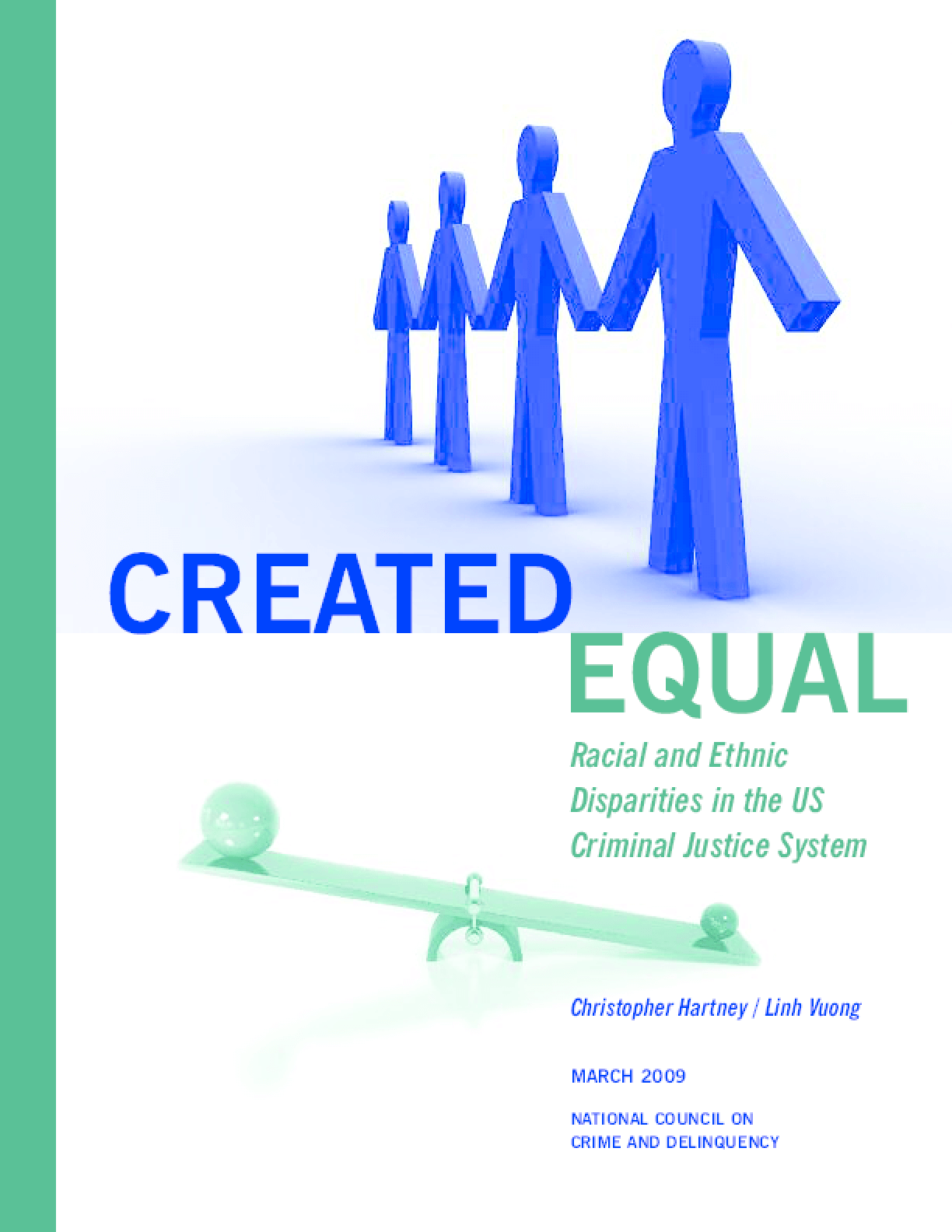