During the last decade, families with children have constituted the fastest-growing segment of the homeless population nationwide.Unlike homeless individuals, they are usually out of the public eye, living in cars or doubling-up with other families in often-overcrowded conditions. The reasons families become homeless vary: A job loss, an unforeseen financial or health crisis, or domestic violence could propel them from an already financially precarious situation into housing loss. The continued cutback of federal and state social welfare programs in the last two decades has only made securing stable housing more challenging for those living in poverty. In Washington State, there were approximately 3,000 families that experienced homelessness in 2011, although that figure is most likely an undercount. While the experience of homelessness is undeniably stressful for adults, especially when compounded with the trauma of violence and other factors that forced them into homelessness, the consequences for children can have lasting impact. As a result of losing their home life and routine, children suffer from poor physical and mental health, experience hunger, and often transfer or drop out of school altogether. To address this societal challenge, a group of private funders, government officials, nonprofit advocates, and lawmakers in 2004 formed the Washington Families Fund (WFF), a public-private partnership that funds services in housing for families experiencing homelessness. Building Changes, a nonprofit organization working to end homelessness in Washington State, leads the program. Since its inception, WFF has secured more than $28 million from 25 public and private funding sources, and re-granted funds to 39 providers throughout the state. WFF grantee providers have served 1,750 families, including more than 3,000 children, across the state. The results are promising: More than 70 percent of the children stayed stable in their schools rather than transfer as a result of homelessness, and approximately 60 percent of families have exited into stable housing. As WFF continues to serve families, the program is undergoing extensive evaluation to identify the often complex challenges that homeless families face and to continue evolving best practices in helping them attain stability. This case study provides a concise history of the vision that led to WFF, the sometimes challenging path it took to get there, and the program's most unique attributes. 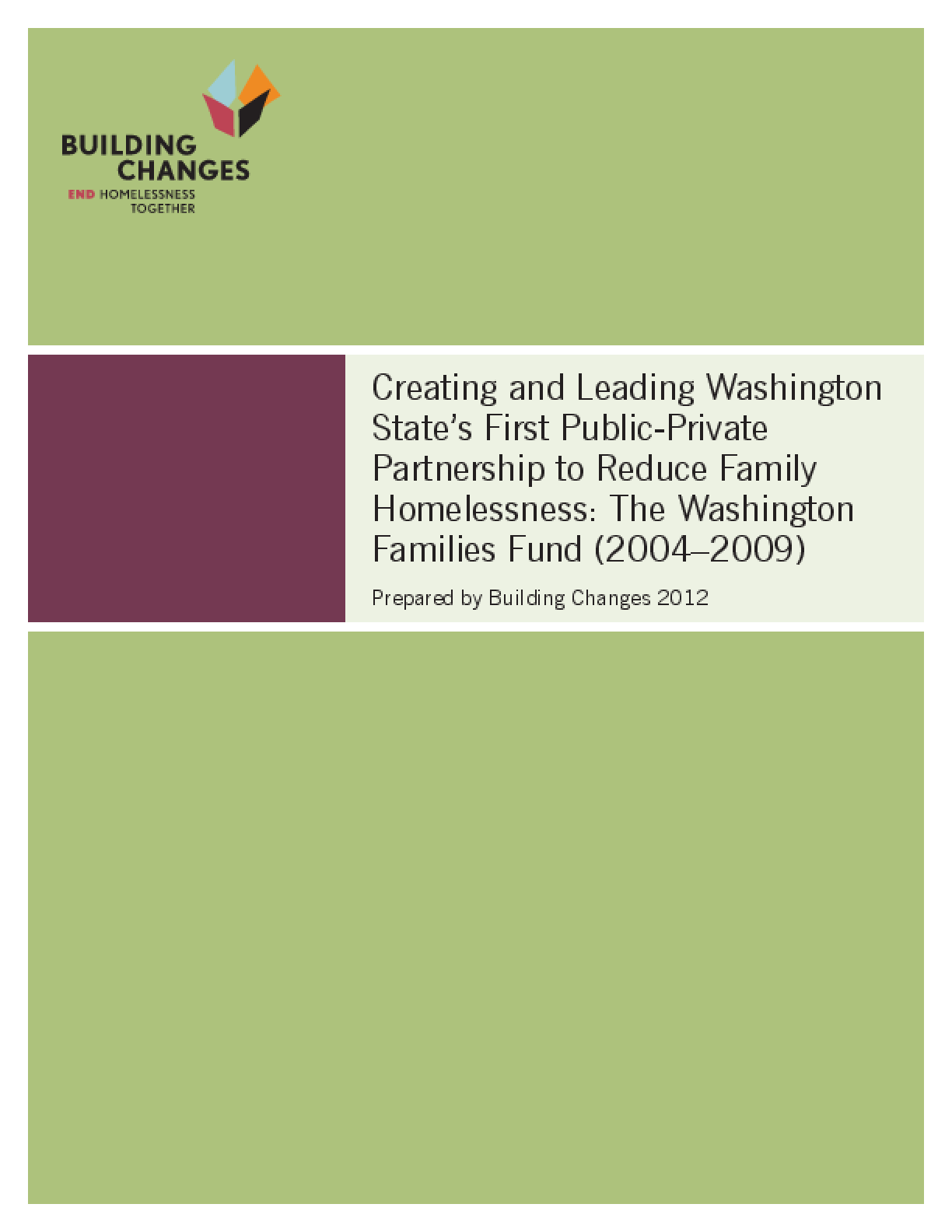