Communities of color have a long-standing history of inequitable treatment by the police in the U.S. In recent years, activists with the Black Lives Matter movement have helped to raise the profile of the destructive treatment of the black community by law enforcement, which includes a long line of police shootings of youth of color – Michael Brown, Jordan Edwards, Jessica Hernandez, Ty're King, Laquan McDonald, Tamir Rice, Jesse Romero, Stephen Watts– and many more. While these incidents are nothing new, the ubiquitous use of cell phone cameras is now thrusting them into the public's eye. It is past time to change how police interact with black and brown youth.

Data bears out the ugly fact that youth of color are killed by police far out of proportion to white youth. This deeply unequal and fundamentally lethal treatment can be attributed to a number of factors. These factors include the widespread over-policing and racial profiling of communities of color, our country's historic treatment of people of color, and implicit and explicit biases by the police and society that cause police and the court systems to view youth of color as older than they are and more culpable than their white peers. Moreover, the lack of consistent and real accountability for police mistreatment and brutality has led to a continuation of this unjust system. This report presents recommendations for reform and details the reasoning behind them. 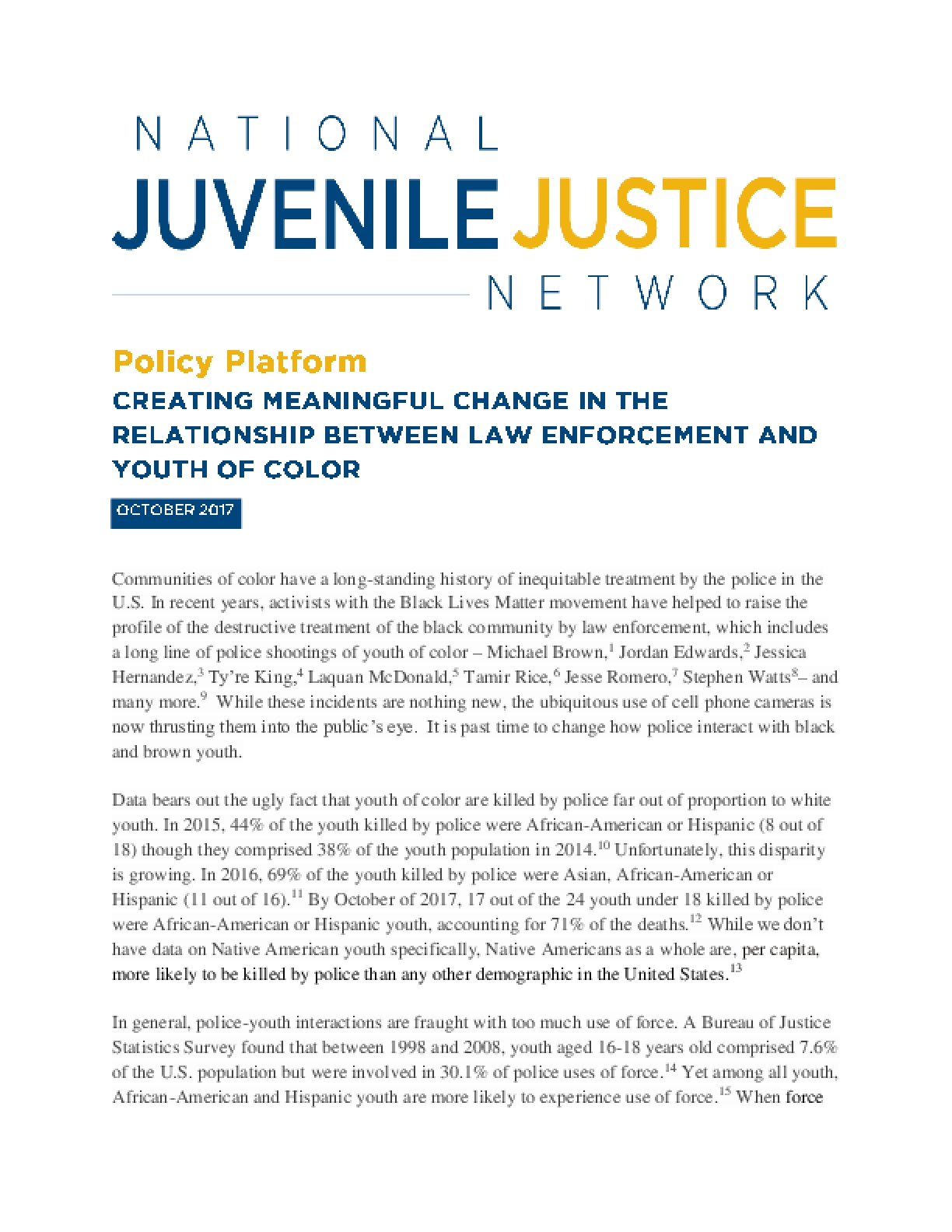