Creative Aging in America's Libraries is a three-year national leadership initiative to improve, expand and sustain Creative Aging programming in public libraries. It was designed and is led by Lifetime Arts, Inc., in partnership with Westchester Library System. Major support is provided by the Institute for Museum and Library Services. Twenty library systems across the country (listed in Appendix A) are participating in this initiative. The initiative began in the spring of 2014 with a preparation phase, equipping participating libraries to plan and conduct instructional arts programs for older adults according to the model developed by Lifetime Arts. Activities included a series of webinars; a pair of three-day regional training institutes (one in the east, one in the west) to which each library system sent a team of up to five librarians and administrators; launch of a Wikispace where participants can raise questions, exchange information and engage in peer learning and mutual support; access to Lifetime Arts' online resources; and customized assistance from Lifetime Arts staff. The second phase, implementation, began in late 2014 and runs through mid-2016. During this phase, each system is conducting between two and five Creative Aging programs, with support from Lifetime Arts. Goals are to demonstrate and evaluate the model including testing any local variations, build capacity, and begin building sustainability for this kind of programming. Altogether, 67 Creative Aging programs are planned across the 20 systems (plus additional programs in several systems conducted with funding from other sources). A final phase, from July through December 2016, will analyze final results and lessons from all sites, and do further exploration and planning to sustain and expand libraries' Creative Aging activities into the future. 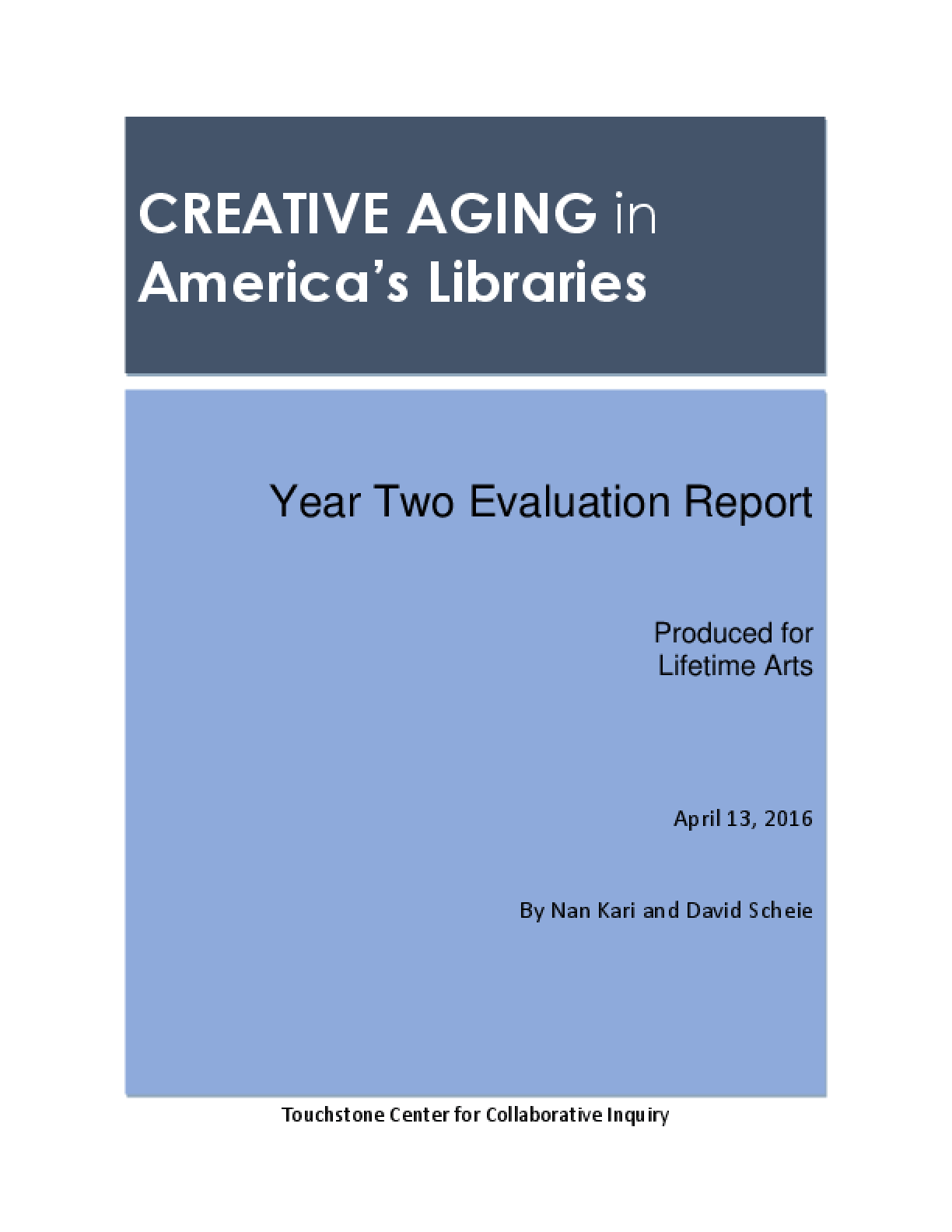