Creative Columbus: A Picture of the Creative Economy of Central Ohio

Creative Columbus: a Picture of the Creative Economy of Central Ohio was released on June 12, 2009. The report, developed for the Columbus College of Art & Design by Community Research Partners, takes an in-depth look at central Ohio's creative services sector to determine its size, characteristics, magnitude, and direct economic value. Supporting funders of the project include the Columbus Foundation, Compete Columbus, the Franklin County Commissioners, the Greater Columbus Arts Council, and The Ohio State University. Creative Columbus is a unique project that studies both creative industries and occupations, drills down to the neighborhood level, and supplements these findings with primary data from a survey of a range of stakeholders in the creative economy. CRP used online networking sites and local blogs to generate awareness about the project. Offline, we had conversations with the creative community, whose support for this project providers impetus for future action. 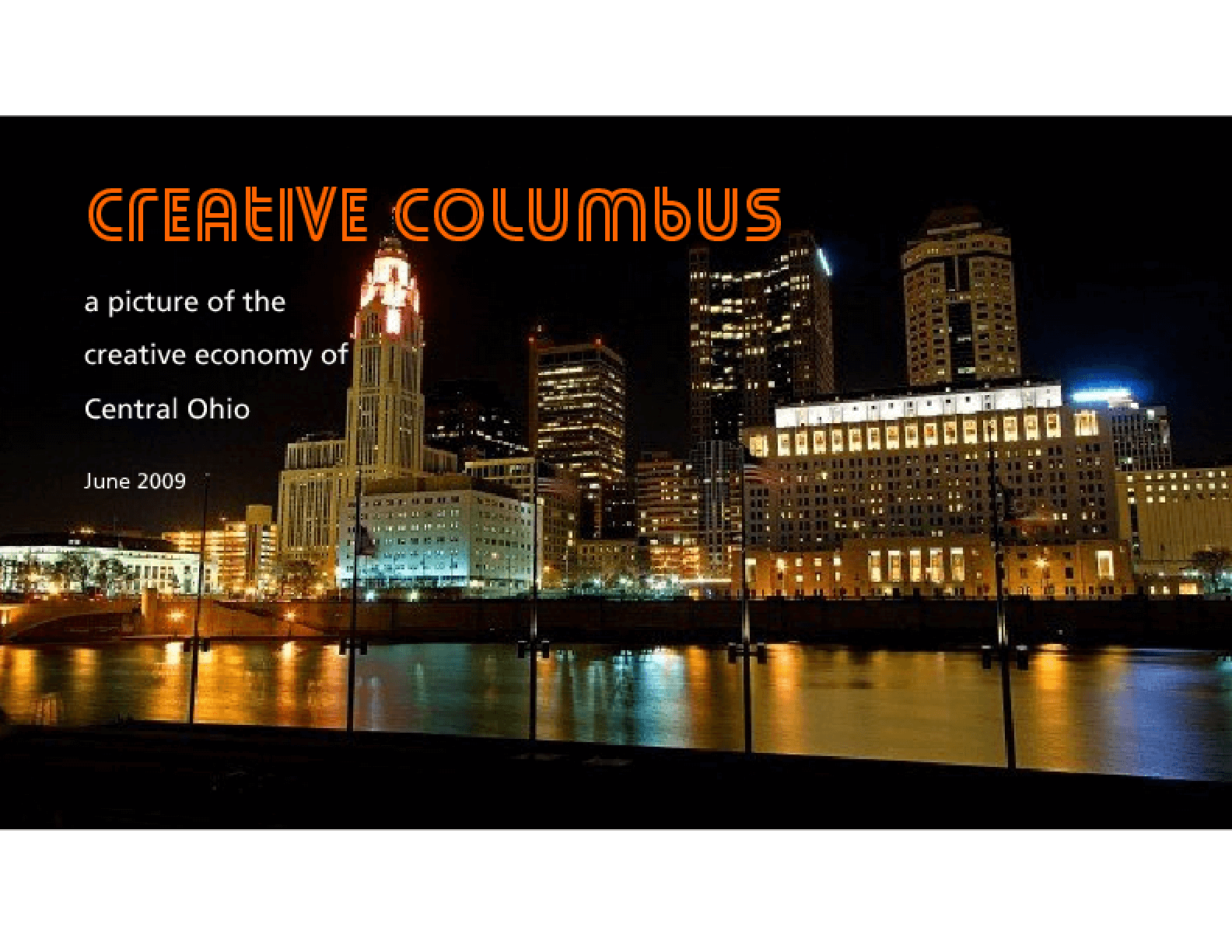