Many states are imposing new and often onerous "user fees" on individuals with criminal convictions. Yet far from being easy money, these fees impose severe - and often hidden - costs on communities, taxpayers, and indigent people convicted of crimes. They create new paths to prison for those unable to pay their debts and make it harder to find employment and housing as well as to meet child support obligations. This report examines practices in teh fifteen states with the highest prison populations, which together account for more than 60 percent of all state criminal filings. It focuses primarily on the proliferation of "user fees," financial obligations imposed not for any traditional criminal justice purpose such as punishment, deterrence, or rehabilitation but rather to fund tight state budgets. Across the board, it was found that states are introducing new user fees, raising the dollar amounts of existing fees, and intensifying the collection of fees and other forms of criminal justice debt such as fines and restitution. But in the rush to collect, made all the more intense by the fiscal crises in many states, no one is considering the ways in which the resulting debt can undermine reentry prospects, pave the way back to prison or jail, and result in yet more costs to the public. 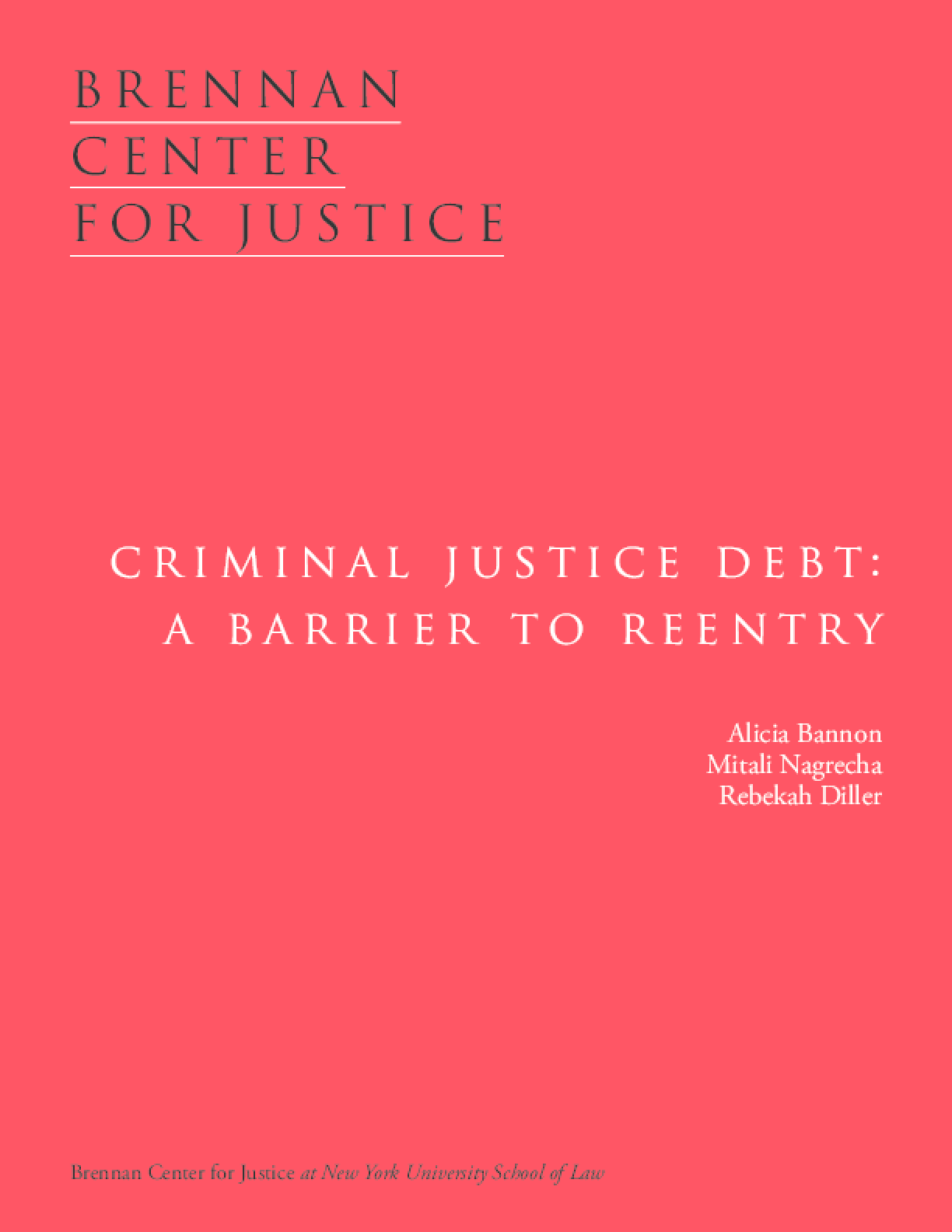