In fall 2013 the State of New York Unified Court System announced the Human Trafficking Intervention Courts, an initiative that according to a press release "seeks to promote a just and compassionate resolution to cases involving those charged with prostitution -- treating these defendants as trafficking victims, likely to be in dire need of medical treatment and other critical services." Over the past year, members of the sex worker-led organization Red Umbrella Project have been observing and documenting the Human Trafficking Intervention Courts in Brooklyn and Queens to figure out what happens in the court rooms and how they handle prostitution related charges. The HTICs have the goal of reframing people as victims instead of criminals -- but is that really what's going on? 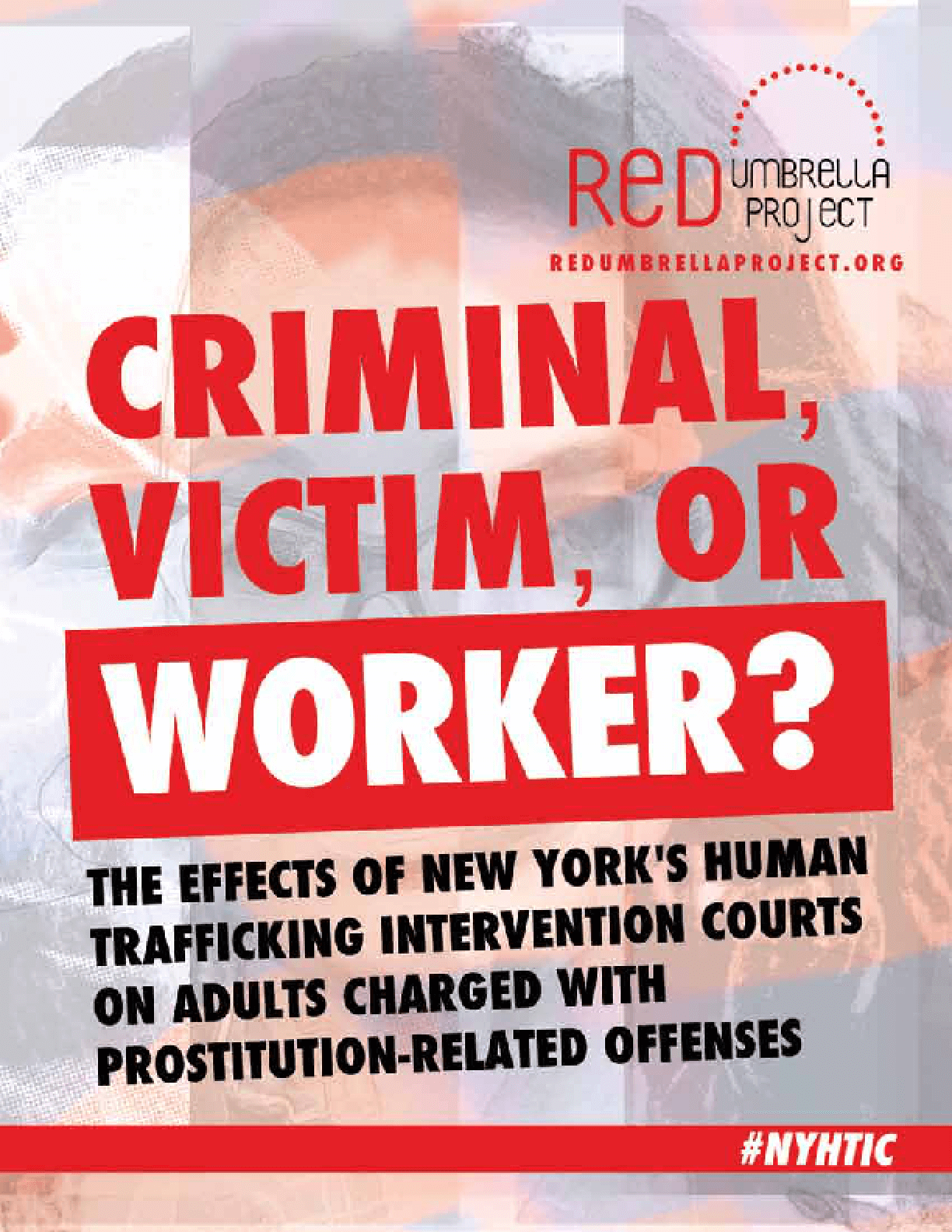