Crisis of Confidence: How Election 2020 Was Different

This report examines new data from Democracy Fund + UCLA Nationscape and the Democracy Fund VOTER Survey (Views of the Electorate Research Survey) to better understand voter confidence in the 2020 presidential election. The data suggest that voter confidence in the 2020 election was indeed different — and that continued doubts about election integrity among many Republicans raise concerns about the future. 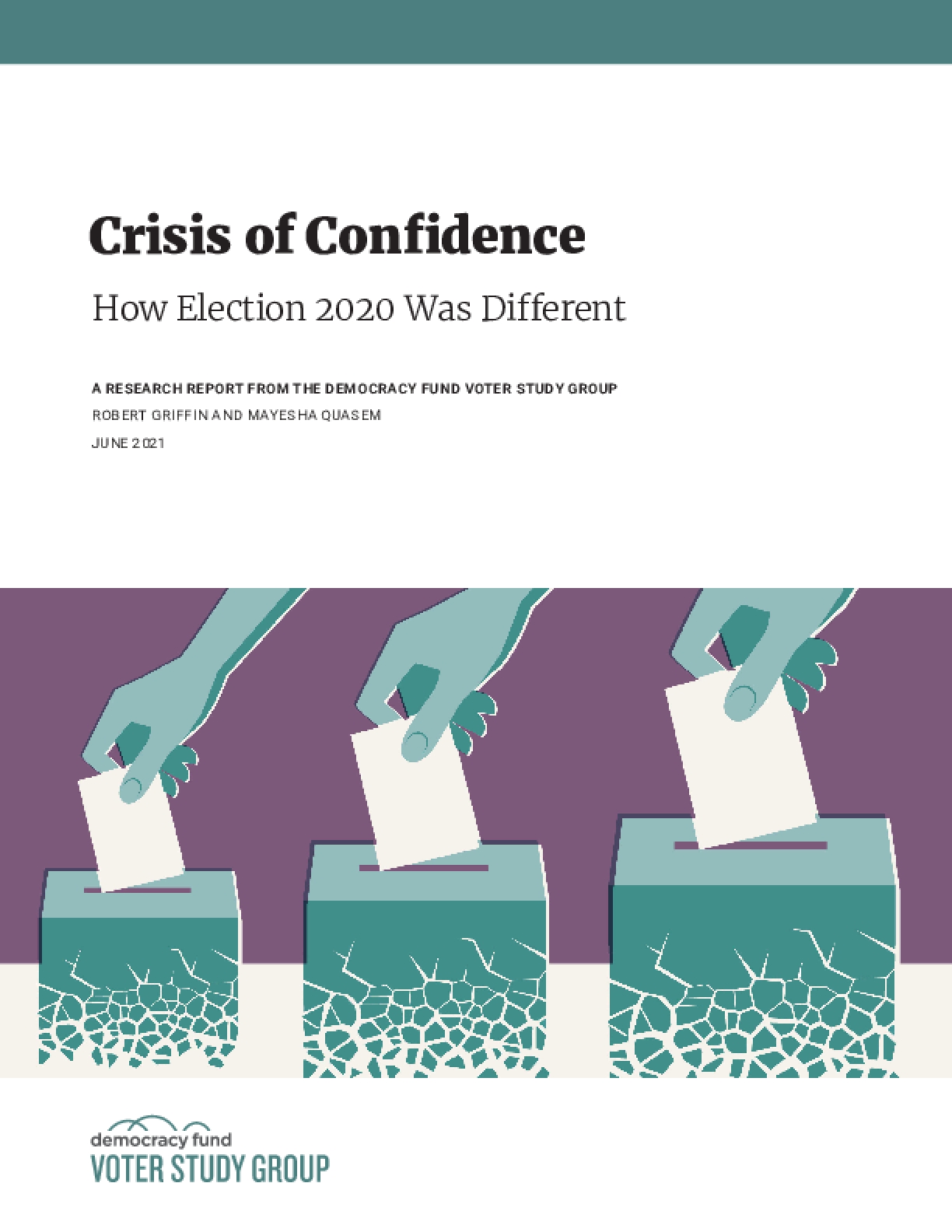