This literature review assesses the extent of sexual relations between adolescent girls and older male partners (cross-generational sex) in sub-Saharan Africa; the extent of transactional sex; and the behavioral dynamics of girls and men involved in these sexual relations. The underlying assumption, supported by emerging empirical study, is that sex with older men increases the girls' risk of becoming infected with HIV. Because there seems to be little programmatic attention to reducing HIV risk by focusing on these partnerships, the intention of this review is to inform the efforts of AIDSMark -- in particular, Population Services International and the International Center for Research on Women -- on how to reduce HIV risk by addressing sexual relationships between adolescent girls and older men. Over 45 quantitative and qualitative studies of crossgenerational and transactional sexual relations were reviewed. The review finds that engaging in sexual relations with older partners is the norm for adolescent girls. Sizeable proportions of girls' partners are more than six or 10 years older, although age differences with most current partners appear to be only a few years older. The data also reveal that select groups of girls, such as those who have become pregnant, have much older partners on average. There is a widespread transactional component to sexual relations for adolescent girls, and in some contexts, large proportions of girls have engaged in this type of relationship. It appears that, as adolescent girls mature, they engage in sexual relations with ever-older partners, and are more likely to have engaged in transactional sex. In addition, we find that men have large proportions of adolescent girls as non-marital sexual partners. However, due to the narrow definition of transactional sex in the survey questions, and the stigma of reporting exchange behaviors, these figures are likely to be underestimates. Several studies reveal significant relationships between unsafe sexual behaviors, HIV risk, and cross-generational sex. Three of these studies find that greater age differences between partners indicate a significant increase in adolescent girls' risk of HIV infection. Two additional studies find that unsafe behaviors -- including non-use of condoms and non-discussion of HIV with a partner -- are significantly linked to greater age differences between sexual partners. One study finds that transactions of greater value also have a significant effect on non-use of condoms. Although the motivations for adolescent girls to engage in sexual relationships with older men are varied and overlapping, gifts and other financial benefits was the major theme found. The motivations for financial rewards tend to be complex, ranging from economic survival to desire for status and possessions. Extreme household poverty as a motivator of sexual activity is described less often. Most studies point to girls' strategies to increase their life chances through education or work opportunities, or to pursue the enjoyment that goes along with adolescence and young adulthood. Gifts such as soap, perfume, dresses, meals out, and jewelry have become symbolic of a girl's worth and a man's interest, and girls who do not receive gifts in exchange for sexual relations are humiliated. Because of the limited negotiating power of adolescent girls with respect to sexuality and reproduction, sexual partnerships between adolescent girls and older men are fundamentally imbalanced, with men having more power. Girls appear to be able to negotiate relationship formation and continuance; for example, they can choose the types and number of partners they have, and can discontinue a relationship if gift-giving ceases. However, once in a sexual partnership, adolescent girls are less able to control sexual practices. Men appear to control the conditions of sexual intercourse, including condom and contraceptive use and the use of violence. Girls are not likely to insist on condom use for many reasons, including social norms and lack of selfperceived risk of HIV. On the whole, suggesting condom use jeopardizes their goals for the relationship, including the receipt of money and gifts. 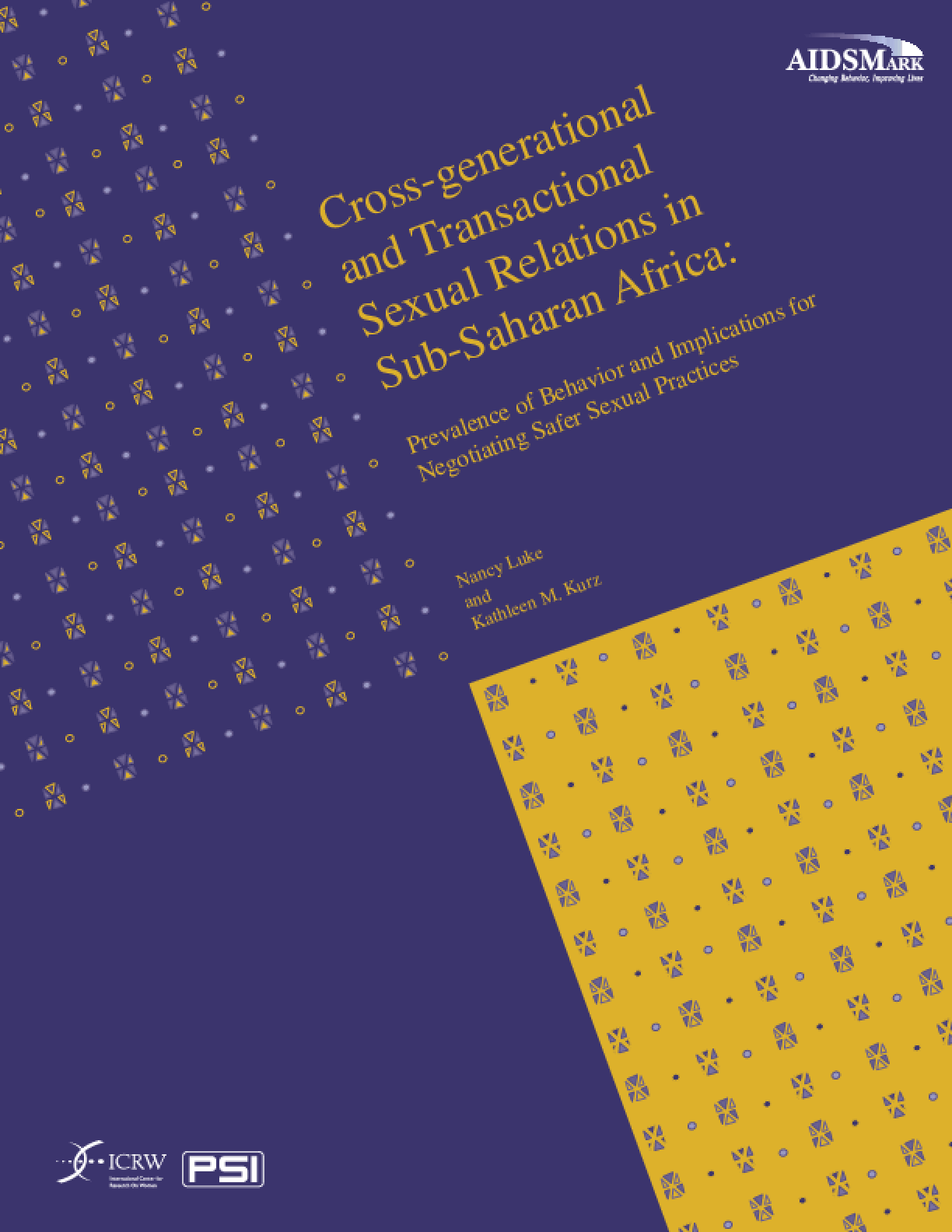