Culprit or Scapegoat? Immigration’s Effect on Employment and Wages

Over the past several decades, native-born Americans have become increasingly detached from the labor force, with declining rates of employment and labor force participation. Seeking explanations, many attempt to blame these trends on immigration itself, under the notion that immigrants both displace native-born workers and drive down their wages. Although superficially appealing, these arguments are ultimately overly simplistic and misguided, as they ignore several other factors driving these trends. Our research suggests that declining native-born labor force participation is largely due to the various options native-born individuals tend to have at their disposal to pursue non-labor force activities—namely retirement, disability, and school enrollment, rather than any direct competition from immigrants. Additionally, native- and foreign-born individuals tend to work in different industries. A majority of the predominantly foreign-born industries are composed of lesser-skill, lower-wage occupations, some of which have seen strong employment growth in recent years, and have even suffered from labor shortages. 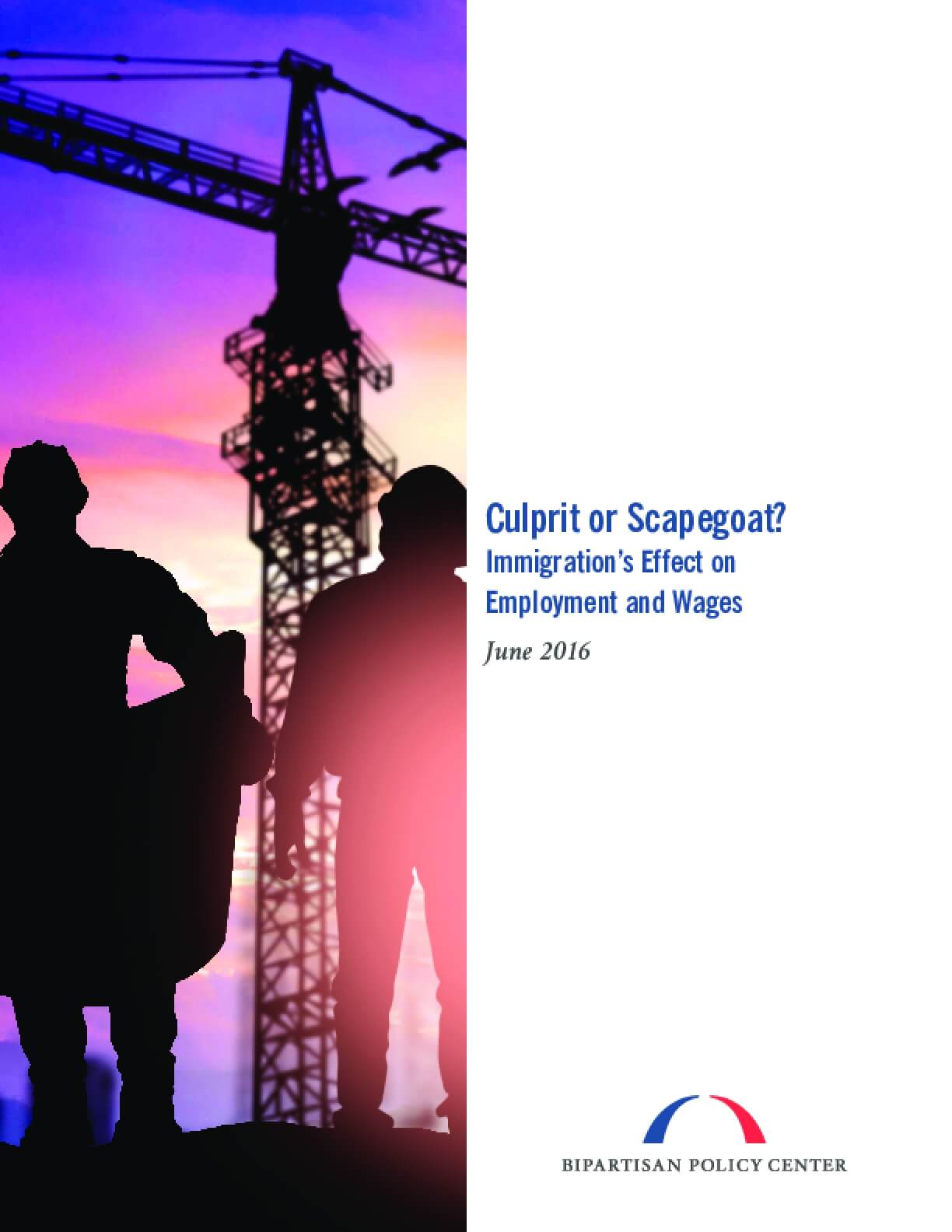