Commissioned by the Heinz Endowments, this paper reviews the literature on "culturally responsive pedagogy" and the arts. Academic success among African Americans is correlated with education that incorporates racial identity and socialization and a focus on resiliency and culturally relevant concepts. The arts are an ideal venue for such educational programs. 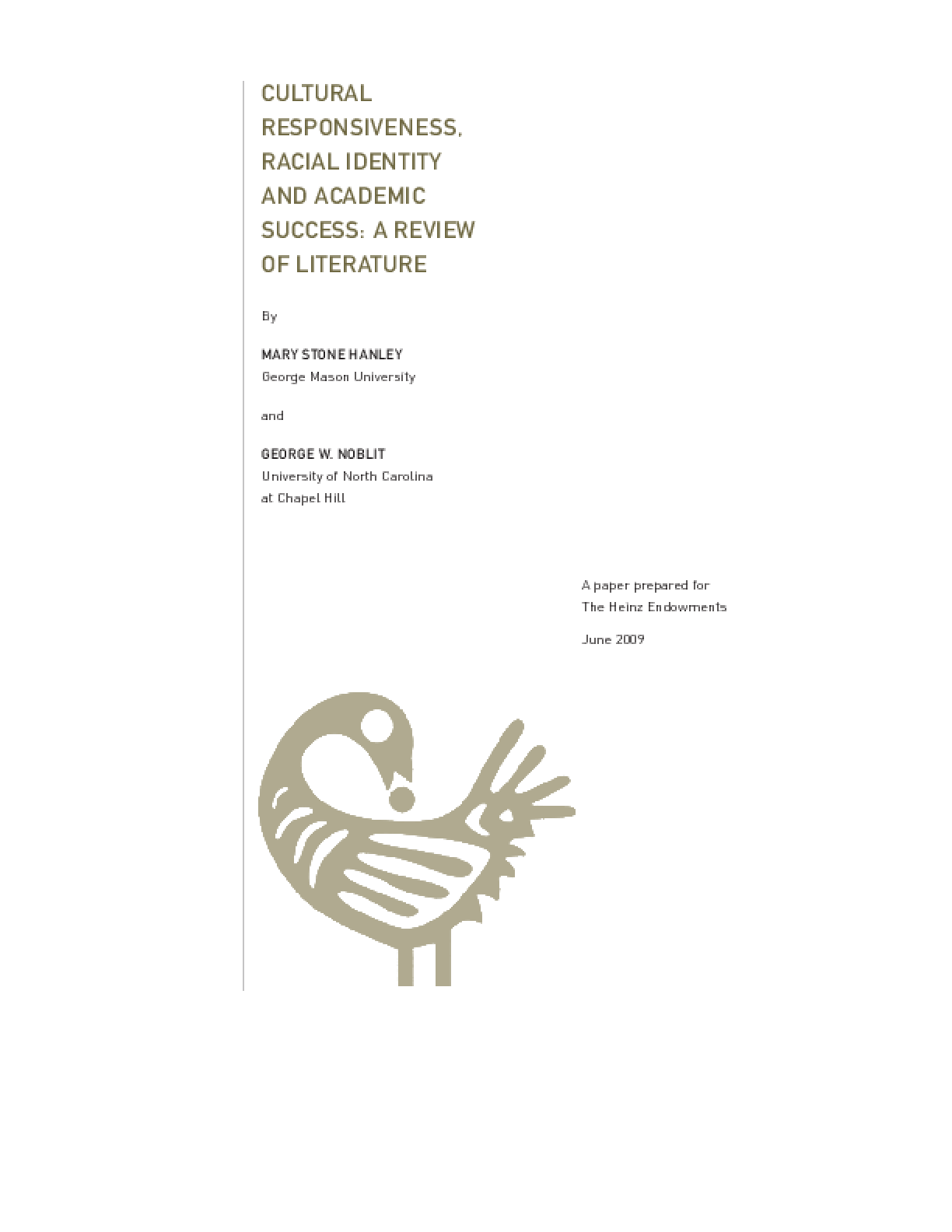