Culture Differences and Tax Morale in the United States and Europe

In recent years much research has investigated whether values, social norms, and attitudes differ across countries and whether these differences have measurable effects on economic behavior. One area in which such studies are particularly relevant is tax compliance, given both the noted differences across countries in their levels of tax compliance and the marked inability of standard economic models of taxpayer compliance to explain these differences. In the face of these difficulties, many researchers have suggested that the intrinsic motivation for individuals to pay taxes - what is sometimes termed their "tax morale" - differs across countries. However, isolating the reasons for these differences in tax morale is notoriously difficult. In a common approach, studies sometimes referred to as "cultural studies" have often relied upon controlled laboratory experiments conducted in different countries because such experiments can be set up with identical experimental protocols to allow cultural effects to be isolated. In this paper we first analyze a cross-section of individuals in Spain and the United States using the World Values Survey (WVS). In line with previous experiments, our findings indicate a significantly higher tax morale in the United States than in Spain, controlling in a multivariate analysis for additional variables. We then extend our multivariate analysis to include 14 European countries in the estimations. Our results again indicate that the United States has the highest tax morale across all countries, followed by Austria and Switzerland. We also find a strong negative correlation between the size of shadow economy and the degree of tax morale in those countries. 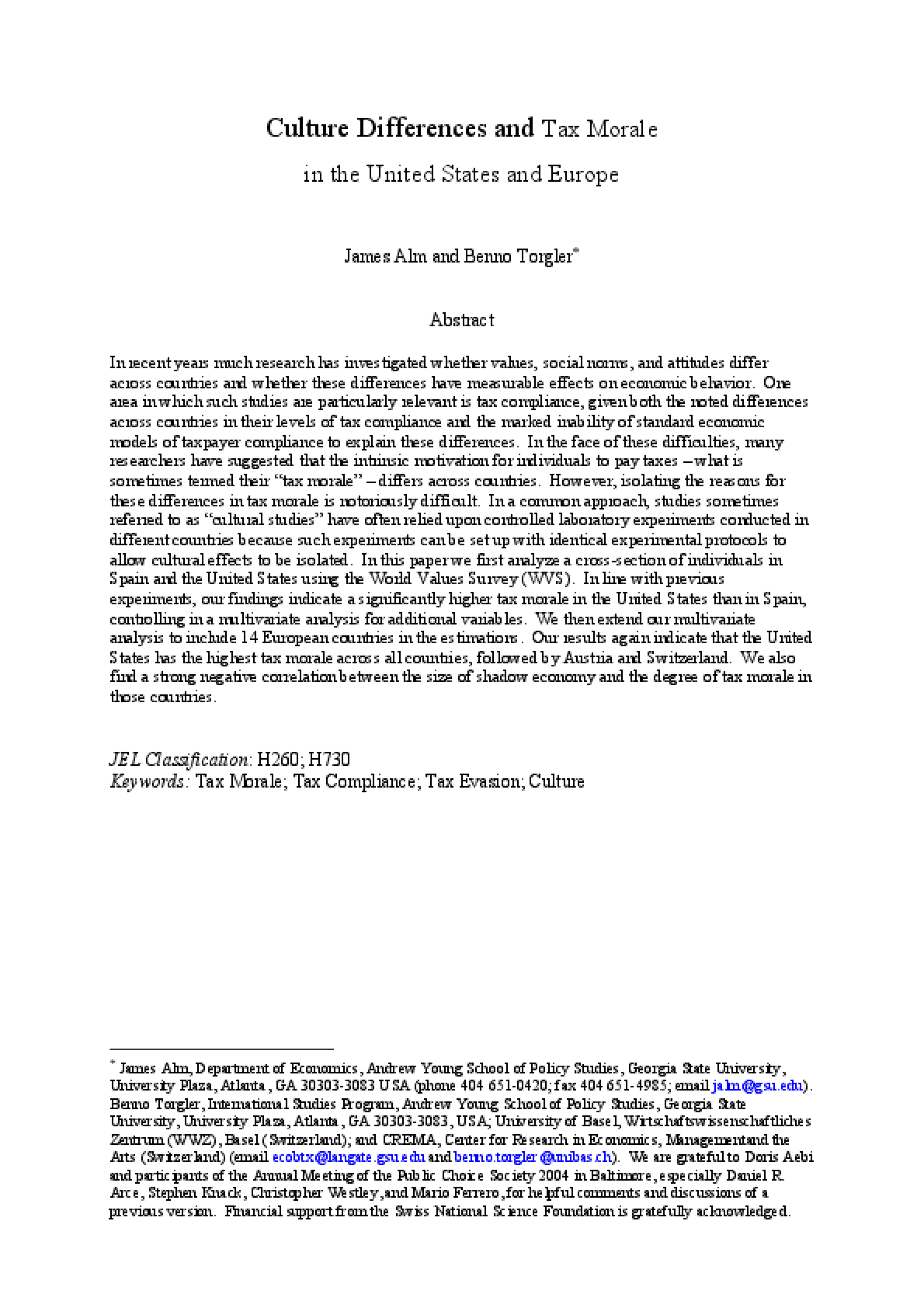