Cultures of Giving: Energizing and Expanding Philanthropy by and for Communities of Color (Execuive Summary)

Identity-based philanthropy is a growing movement to democratize philanthropy from the grassroots up by activating and organizing its practice in marginalized communities, particularly communities of color. Simply described, it is the practice of raising and leveraging resources by and from a community on its own behalf, where "community" is defined not by geography but by race, ethnicity, gender or sexual orientation.Just as identity-based philanthropy serves many groups, it also gets organized and formalized through many different giving vehicles. Currently, identity-based funds which themselves take many forms—are the primary vehicle through which this philanthropy gets expressed. Identity-based funds work by pooling together solicited donations and contributions from community donors and then redistributing those funds (through grants) to individuals or organizations doing work in that community to promote social change. Because these funds are organized and run by community members, they aggregate not just dollars but donor knowledge, enthusiasm, expertise, activism and pride. Identity-based funds now raise and distribute nearly $400 million each year, which is roughly equivalent to what a foundation with $8 billion in assets would grant out annually. Much of that $400 million is coming from donors of color many of them new to formal philanthropy whose generosity and desire to help elevate their communities are being tapped in increasingly organized and successful ways.While we believe strongly in the philanthropic work being done by all identity-based communities, the primary focus of Cultures of Giving was the sizeable subset of identitybased philanthropy conducted in communities that define themselves by race, ethnicity or tribe only also known as communities of color. In the United States, identity-based philanthropy is active in but not limited to the African-American, Latino, Asian-American, Arab-American and Native American communities. 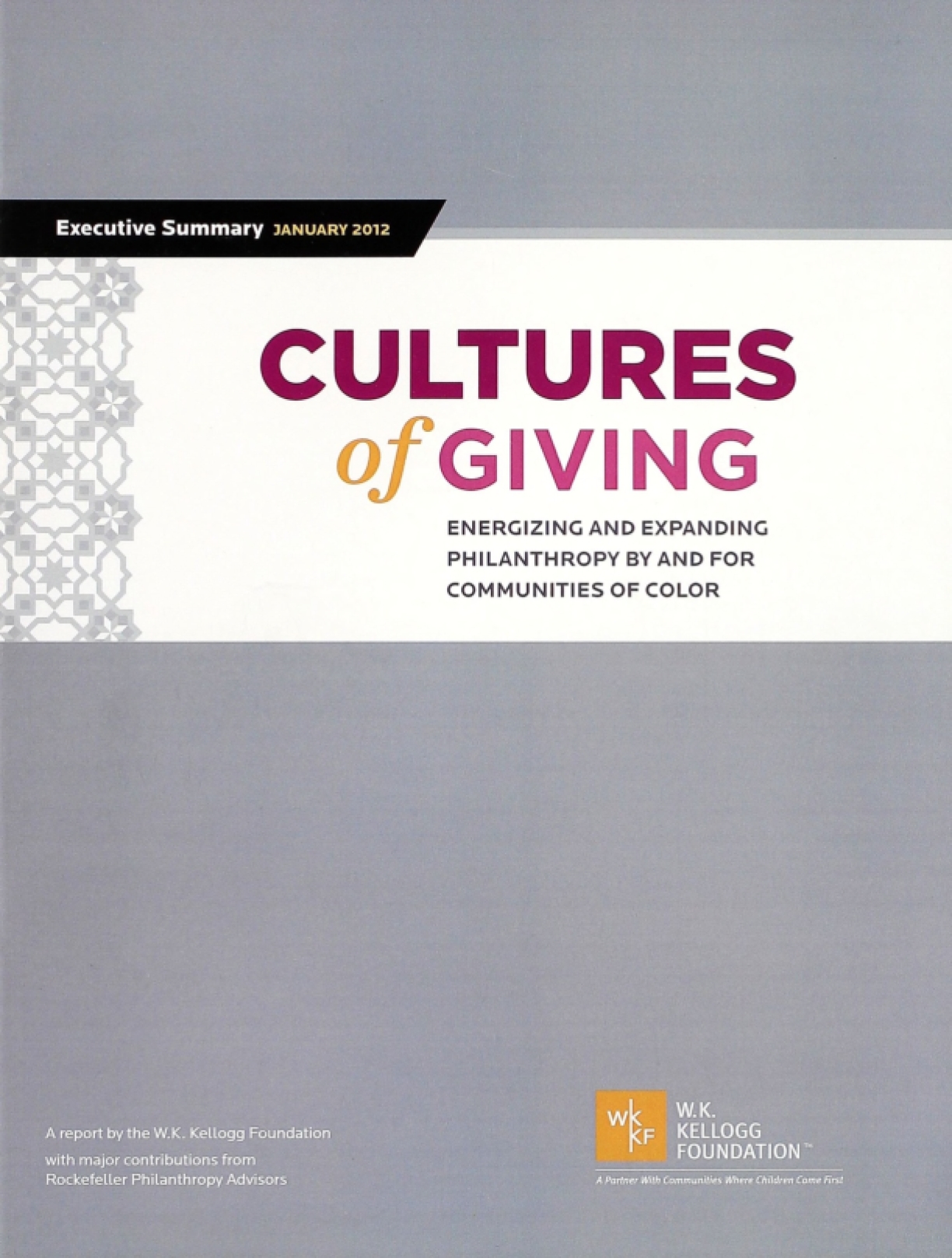