Cultures of Giving: Energizing and Expanding Philanthropy by and for Communities of Color (Full Report)

Well, that was the old philanthropy. In recent years, the definition of philanthropy has begun to widen to include a larger swath of human generosity. Under this budding definition, "philanthropy" encompasses any-size contributions not just from the wealthy, but from peopleof every income bracket. It includes donations not just of money but of time and know-how. And its practitioners aren't just the elite and the white. They are nurses, plumbers, hairdressers and civil servants. They are African-American, Latino, Native American, Arab-American and Asian- American. And rather than practice their philanthropy in isolation, these everyday philanthropists are pooling their money—in increasingly organized ways—for greater impact.

This groundbreaking movement to activate and organize giving within and on behalf of America's communities of color—known as identity-based philanthropy—is the subject of this report. In the early 1990s, the W.K. Kellogg Foundation became one of the first major foundations to study and support this emerging field. Since then, we have become the largest single funder of identity-based funds in the country. Much of that funding has been organized through one key program—Cultures of Giving—the strategies and lessons of which are described in the pages that follow. 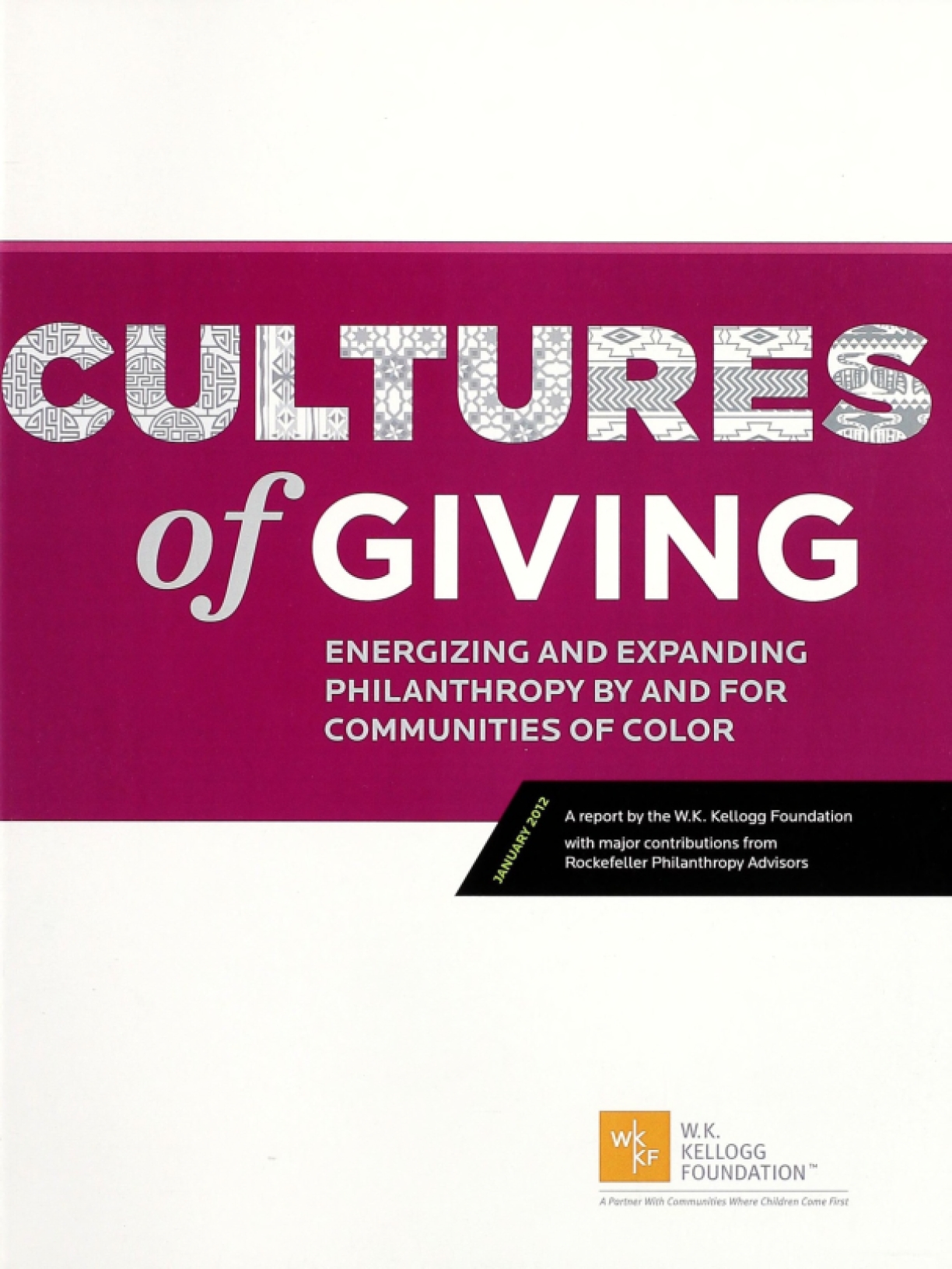