The case of Nellie Fong and Lifeline Express tells the story of the creation and expansion of a unique social delivery organization in China. The story illustrates how one person can bring about meaningful change by building partnerships with government in China and by recognizing the need to grow and evolve as circumstances and opportunities arise.

Lifeline Express was founded to provide mobile eye care – delivered by Eye Trains – in China which has a history of chronic cataract disease and where access to treatment for most people was nonexistent.  Lifeline's other programs include the development of a network of 36 cataract surgery centers in hospitals in cities visited by the Eye Trains that are staffed by surgeons partly trained on the Eye Trains and the creation of a network of 15 eye care training centers for doctors and would-be doctors in capital cities of less developed provinces, and providing them learning resources, scholarships and lectures and training byvisiting ophthalmologists from around the world.

Blending her business acumen, people skills, public positions and relationships with top government authorities on the mainland and in Hong Kong, Nellie Fong enabled Lifeline to overcome barriers that traditionally hinder civil society development in China. It formed partnerships with two state-level ministries and with multiple provincial and local officials and with doctors and nurses and others with the potential to support Lifeline's trains and programs and its "Mission of Light." All the while, Lifeline retained its non-governmental identity, a unique accomplishment for a charity on the mainland. It became a model for what a NGO can be in China today. 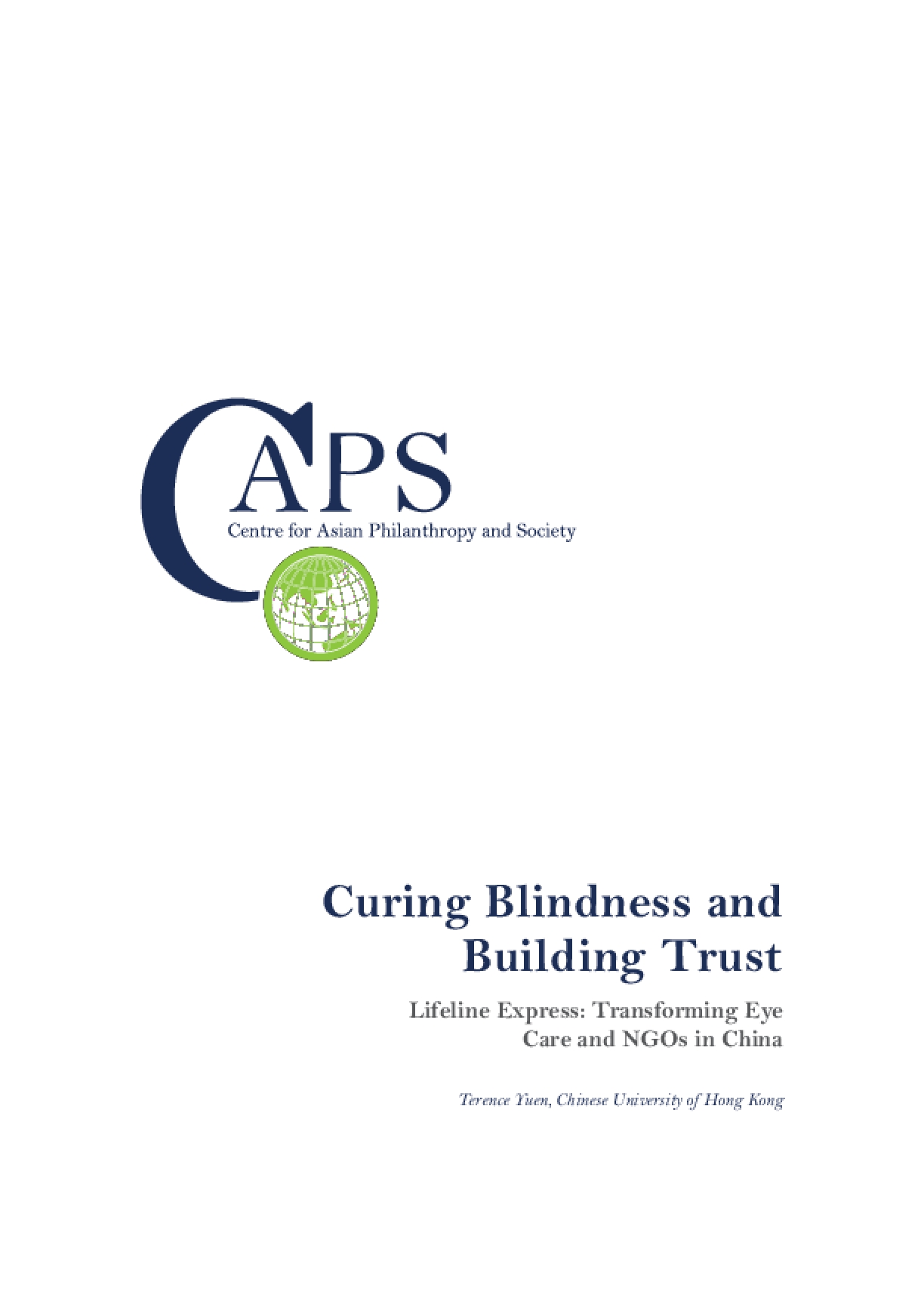