Current and Future Needs for Hospice Care: An Evidence Based Approach

This report provides evidence on what is known and still needs to be known about patients' and families' needs for hospice care towards the end of life. We focus on crucial factors for hospice care planning for the future in the UK, including the most recent data on actual and projected number of deaths in England, Wales, Scotland and Northern Ireland. This is followed by evidence on people's preferences for place of care and place of death. Finally, we present available evidence on the effectiveness and cost-effectiveness of hospice care and discuss the need for further research. Evidence-based recommendations are provided throughout the report. 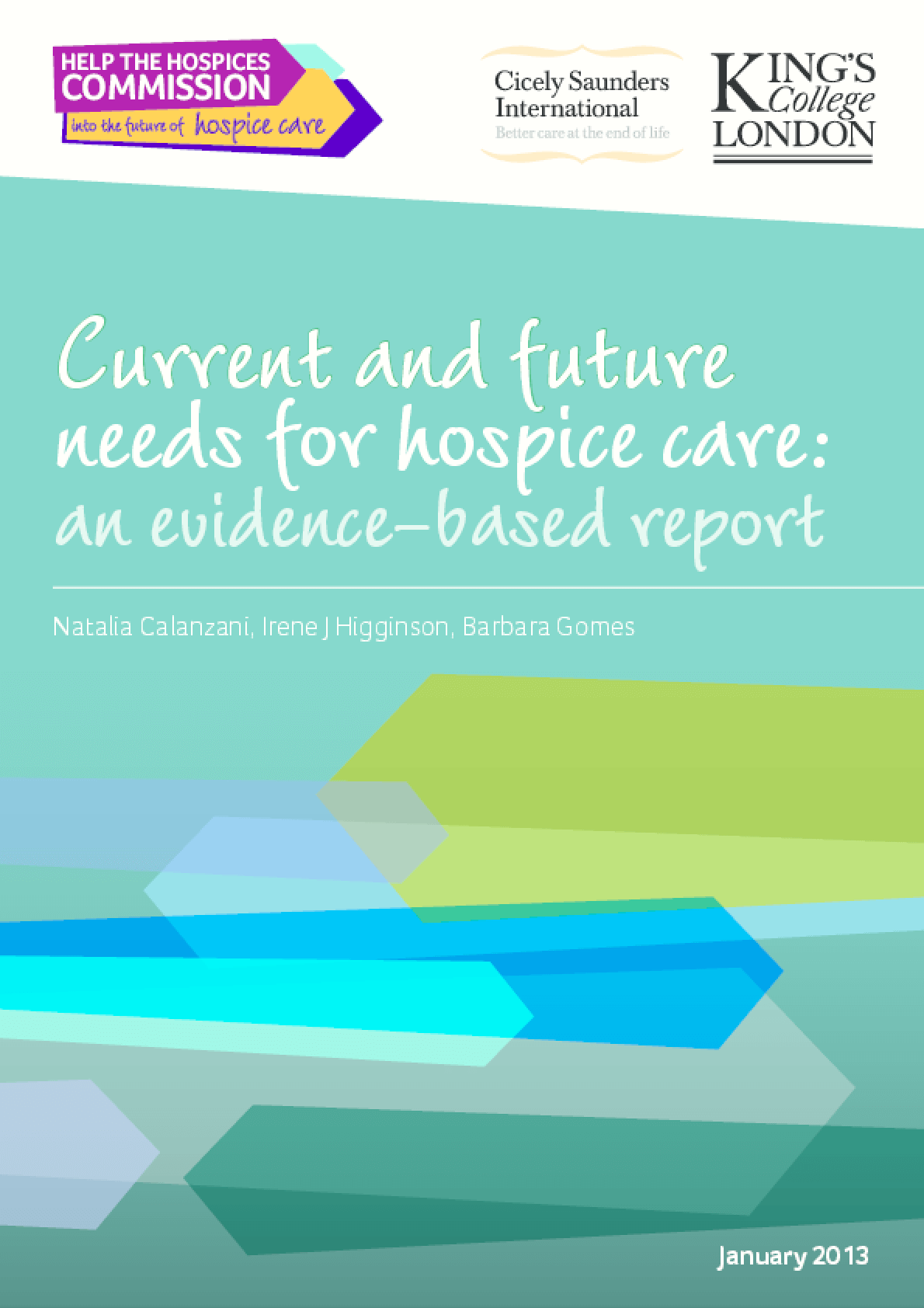