This background paper engages with issues of secondary education reform in sub-Saharan Africa (SSA) since 2007 and uses the MasterCard framework of questions as a template for gathering evidence. The framework seeks answers in three broad areas of reform: curriculum, assessment/examination systems and national qualifications frameworks (NQFs). It specifically invited responses to the following questions: Curriculum- What kinds of curriculum reform have occurred in SSA since 2007?- How successful has the practical implementation of new curricula been?- Given the challenges, how can resource-constrained ministries implement curriculum reform?- To what extent has a/the new curriculum promoted 21st century skills (like creativity, critical thinking, cognitive flexibility and emotional intelligence), as well as employability and entrepreneurial skills? Assessment- How successful has assessment reform been? National Qualifications Framework - What is the status of implementation of NQFs across SSA?- Have the approaches to NQF implementation promoted learning and the acquisition of skills necessary for employment?To ensure greater inclusivity, and to solicit a wide range of perspectives, we have chosen to review as broad a spectrum of publications as possible. This has meant that we have included research papers that, more often than not, would have been excluded from similar types of reviews. These include graduate students' masters and doctoral theses; and research papers published in journals that are not widely recognised. The net effect of widening the pool of sources is that many more researchers from, and working in, institutions on the continent have been referenced or included in the bibliography. The evidence gathering processes involved six linked activities: x Setting the search parameters and undertaking an electronic search. vi x Reviewing the document titles and abstracts; and sifting and excluding nonrelevant documents. x Once the primary and secondary sources have been identified, using high frequency citations to identify researchers in the field for follow up processes. x Reviewing the wider scholarship of identified scholars to gather additional 'grey' literature. x Identifying case studies, based on the analysis of these preliminary sources. x Site visits and case study write-ups Two system case studies were selected for close analysis: South Africa and Ethiopia. South Africa was selected because of its experience of three separate waves of curriculum reform in the past two decades, the extensive documentation of these curriculum reforms and as one of the first systems in the world to have introduced a national qualifications framework. Ethiopia was selected as it represents a rapidly developing country in which secondary education is likely to play a key role. It was also selected because of its recent review of its secondary education curriculum and examination system. 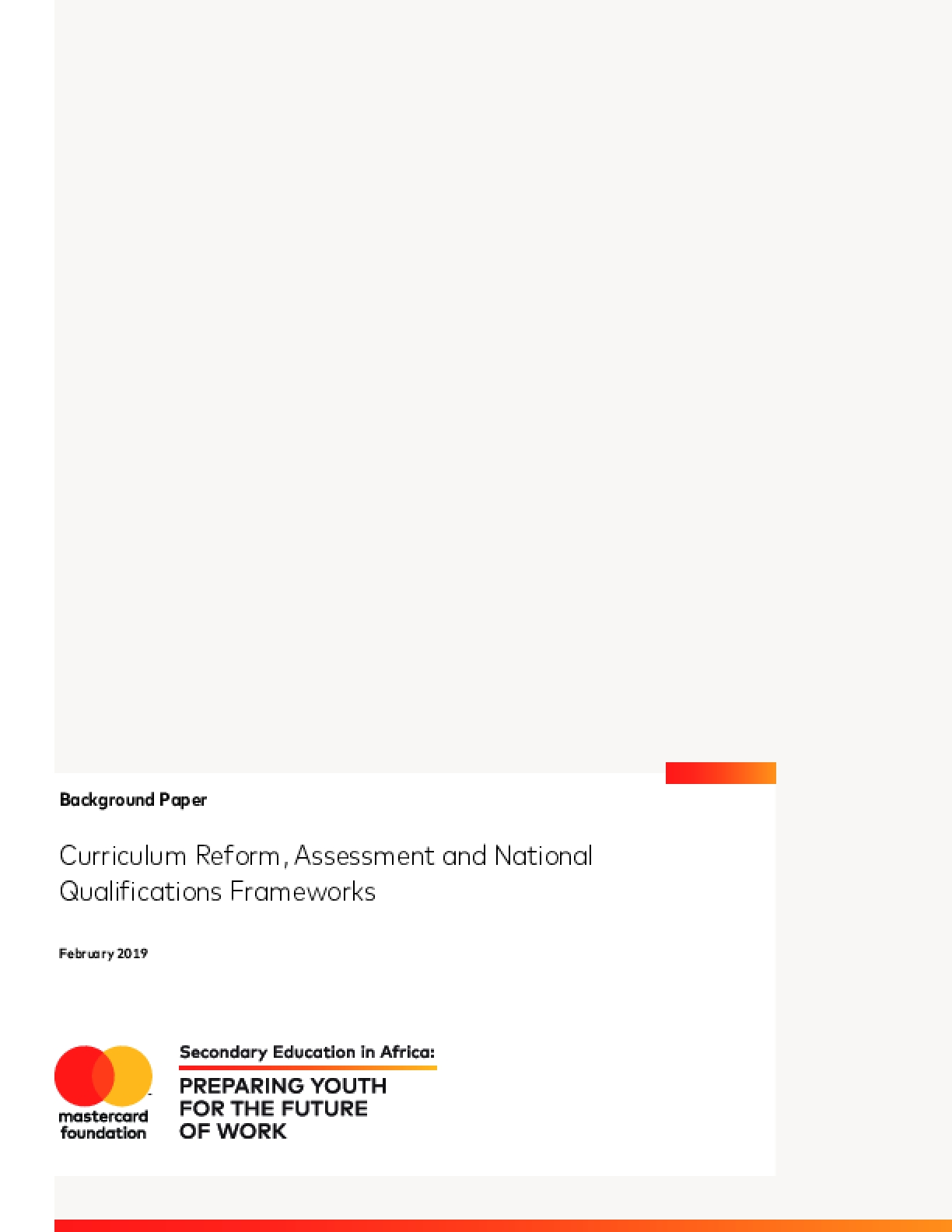