Although solar power systems are considered as one of the most promising renewable energy sources, some uncertain factors as well as the high cost could be barriers which create customer resistance. Leasing instead of purchase, as one type of product service system, could be an option to reduce consumer concern on such issues. This study focuses on consumer concerns about uncertainty and willingness to pay for leasing solar power systems. Conjoint analysis method is used to find part worth utilities and estimate gaps of willingness to pay between attribute levels, including various leasing time lengths. The results show the part worth utilities an d relative importance of four major attributes, including leasing time. Among concerns about uncertainties, government subsidy, electricity price, reliability, and rise of new generation solar power systems were found to be significantly related to the additional willingness-to-pay for a shorter leasing time. Cluster analysis is used to identify two groups standing for high and low concerns about uncertainty. People with more concerns tend to pay more for a shorter lease time. 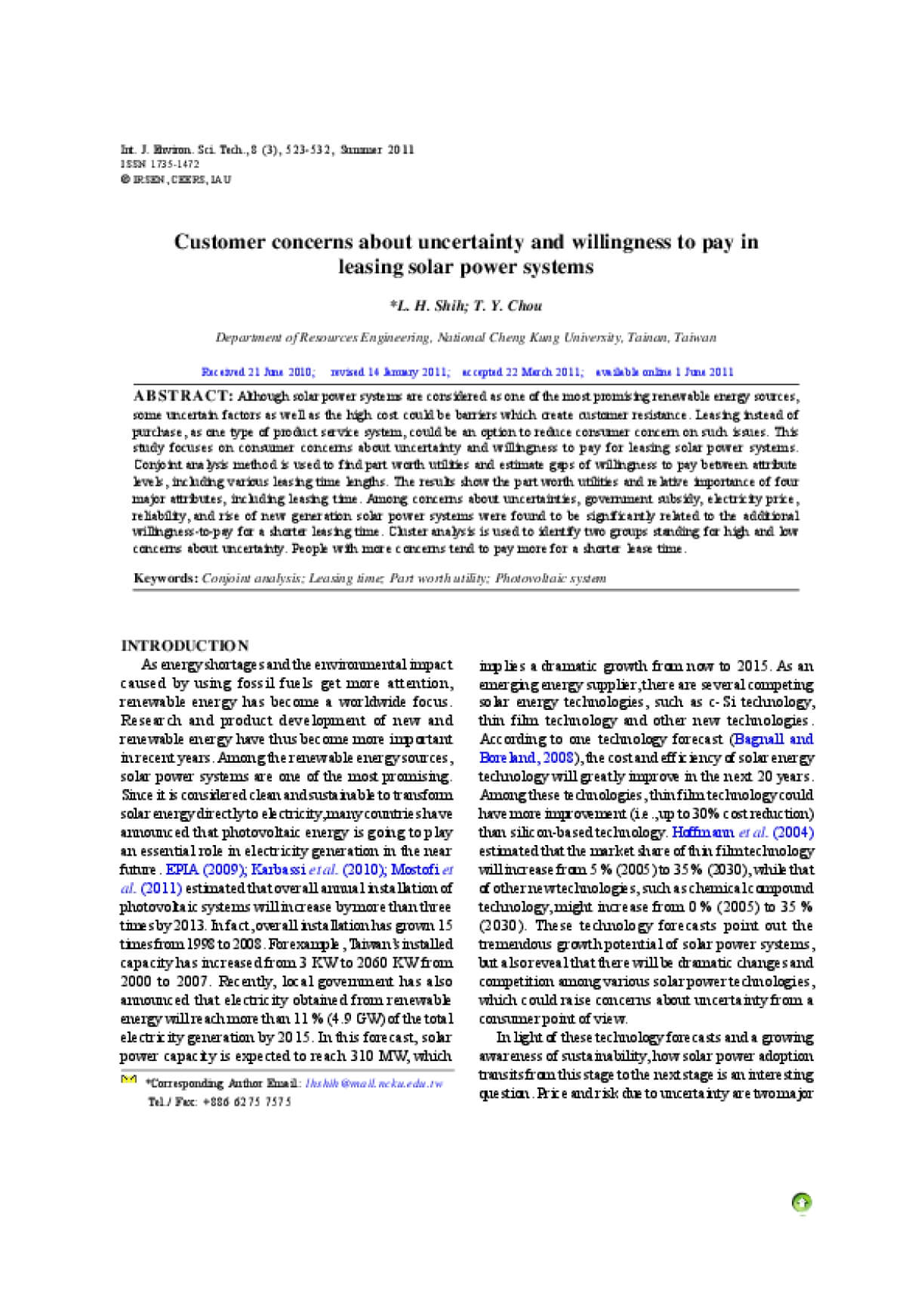