Cybernetic Revolution and Forthcoming Technological Transformations (The Development of the Leading Technologies in the Light of the Theory of Production Revolutions).

The article analyzes the technological shifts which took place in the second half of the 20th and early 21st centuries and forecasts the main shifts in the next half a century. On the basis of the analysis of the latest achievements in innovative technological directions and also on the basis of the opportunities provided by the theory of production revolutions the authors present a detailedanalysis of the latest production revolution which is denoted as 'Сybernetic'.The authors give some forecasts about its development in the nearest five decades and up to the end of the 21st century. It is shown that the developmentof various self-regulating systems will be the main trend of this revolution. The authors argue that at first the transition to the beginning of the final phase of the Cybernetic Revolution will start in the field of medicine (in its some innovative directions). In future we will deal with the start of convergence of innovative technologies which will form the system of MBNRIC-technologies (i.e. thetechnological paradigm based on medicine, bio- and nanotechnologies, robotics, IT and cognitive technologies). The article gives a detailed analysis of the future breakthroughs in medicine, bio- and nanotechnologies as well as some other technologies in terms of the development of self-regulating systems with their growing ability to select optimum modes of functioning as well as of other characteristics of the Cybernetic Revolution (resources and energy saving,miniaturization, individualization, etc.). 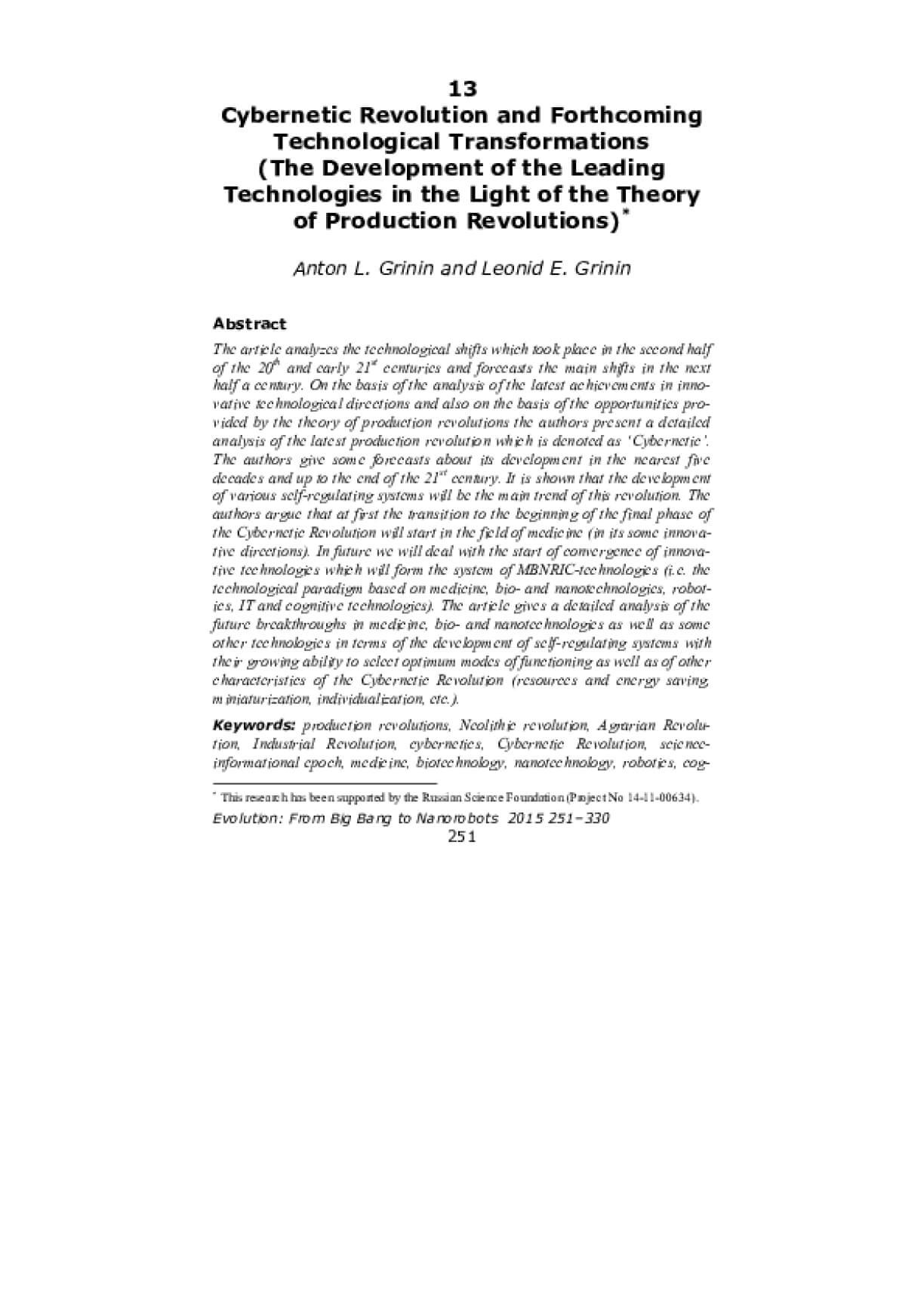