DACA at the Two-Year Mark: A National and State Profile of Youth Eligible and Applying for Deferred Action

Since the Obama administration launched the Deferred Action for Childhood Arrivals (DACA) program in 2012, which offers temporary relief from deportation and the right to apply for work authorization for certain unauthorized immigrants who came to the United States as children, 55 percent of the 1.2 million youth who immediately met the program's criteria have applied, according to MPI estimates. As the first two-year eligibility period draws to a close, early DACA beneficiaries have begun to apply for renewal, with nearly 25,000 renewal applications submitted as of July 20, 2014.

This report provides the most up-to-date estimates available for the size, countries of origin, educational attainment, employment, English proficiency, age, gender, and poverty rates for the DACA population nationally and for key states, based on an analysis of U.S. Census data. The report also offers DACA application rates nationally and in key states, as well as for particular national-origin groups.

The MPI researchers find that slightly more than 2.1 million unauthorized immigrants who came to the United States as children are potentially eligible for DACA -- with 1.2 million having immediately met the age, education, length of residence, and other criteria when the initiative launched in 2012. Two other groups could prospectively gain DACA status: 426,000 youth who appeared to fulfill all but the education requirements as of the program's launch, and 473,000 who were too young to apply but become eligible once they reach age 15 if they stay in school or obtain a high school degree or equivalent.

The analysis provides a mixed picture of DACA's first two years. On the one hand, the sheer volume of applicants is impressive. On the other, hundreds of thousands of immigrant youth have not yet gained a status that can change their lives in measurable ways, allowing them improved job prospects, the ability to apply for driver's licenses, and more. The report examines the educational, poverty, and other barriers to DACA enrollment. 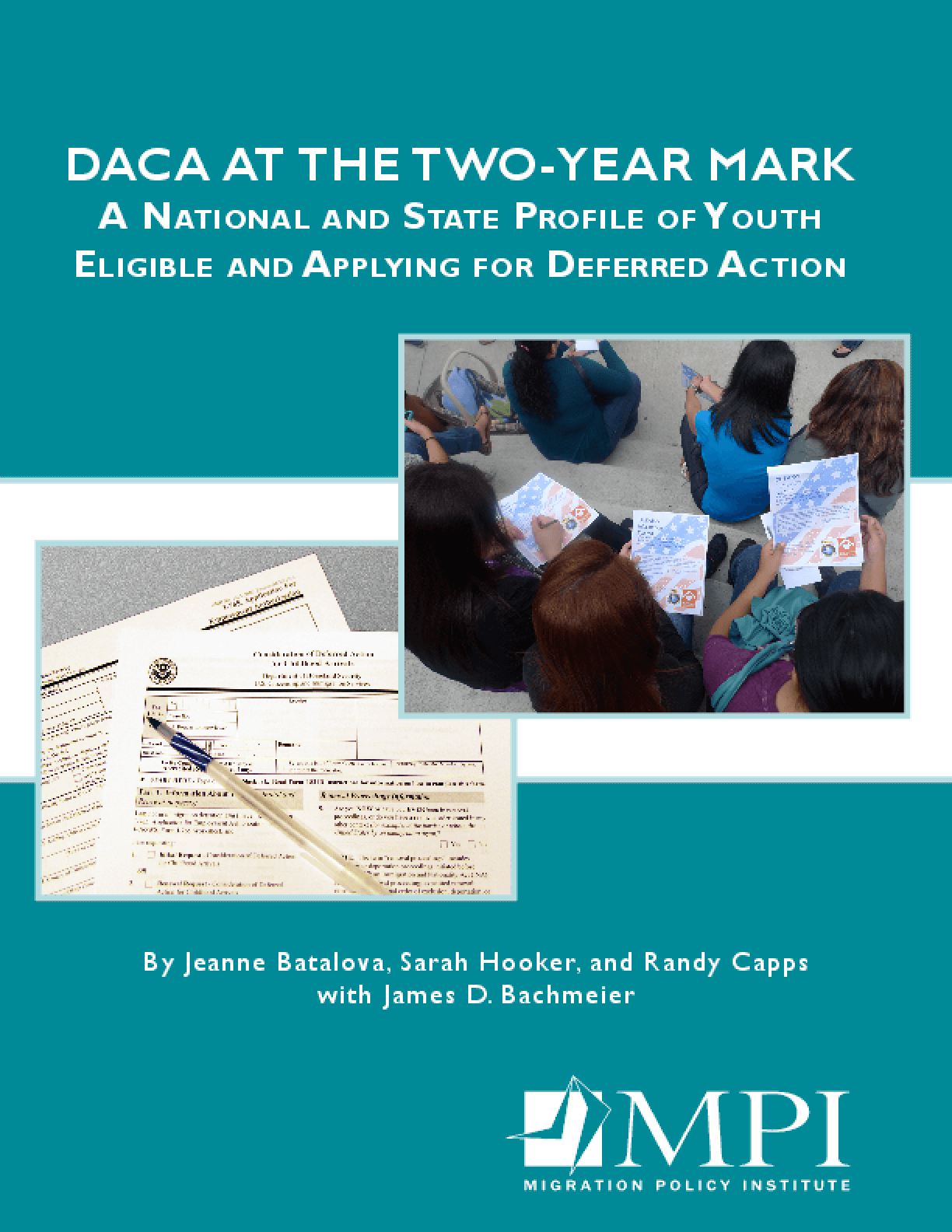