No one has ever been born hating or fearing other people. That has to be taught – and those harmful lessons seem to be similar, though they're given in highly disparate cultures, languages, and places. Leaders have used particular kinds of rhetoric to turn groups of people violently against one another throughout human history, by demonizing and denigrating others. Vocabulary varies but the same themes recur: members of other groups are depicted as threats so serious that violence against them comes to seem acceptable or even necessary. Such language (or images or any other form of communication) is what we have termed "Dangerous Speech."

This guide, a revised version of an earlier text (Benesch, 2013) defines Dangerous Speech, explains how to determine which messages are indeed dangerous, and illustrates why the concept is useful for preventing violence. We also discuss how digital and social media allow Dangerous Speech to spread and threaten peace, and describe some promising methods for reducing Dangerous Speech – or its harmful effects on people. 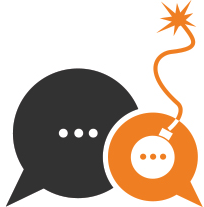