In this report, the authors describe the system implemented in Duval County Public Schools (Florida) to monitor the district's instructional reform efforts and the influences of the system on teachers and school and district leaders. The system, called the Standards Implementation Snapshot System, was implemented by John Fryer, Superintendent of Duval Public Schools, in 2002. The snapshot system seeks to take a "snapshot" at a point in time of the depth of implementation of the district's standards-based reform initiatives.

This report is the story of the development and influence of the snapshot system. 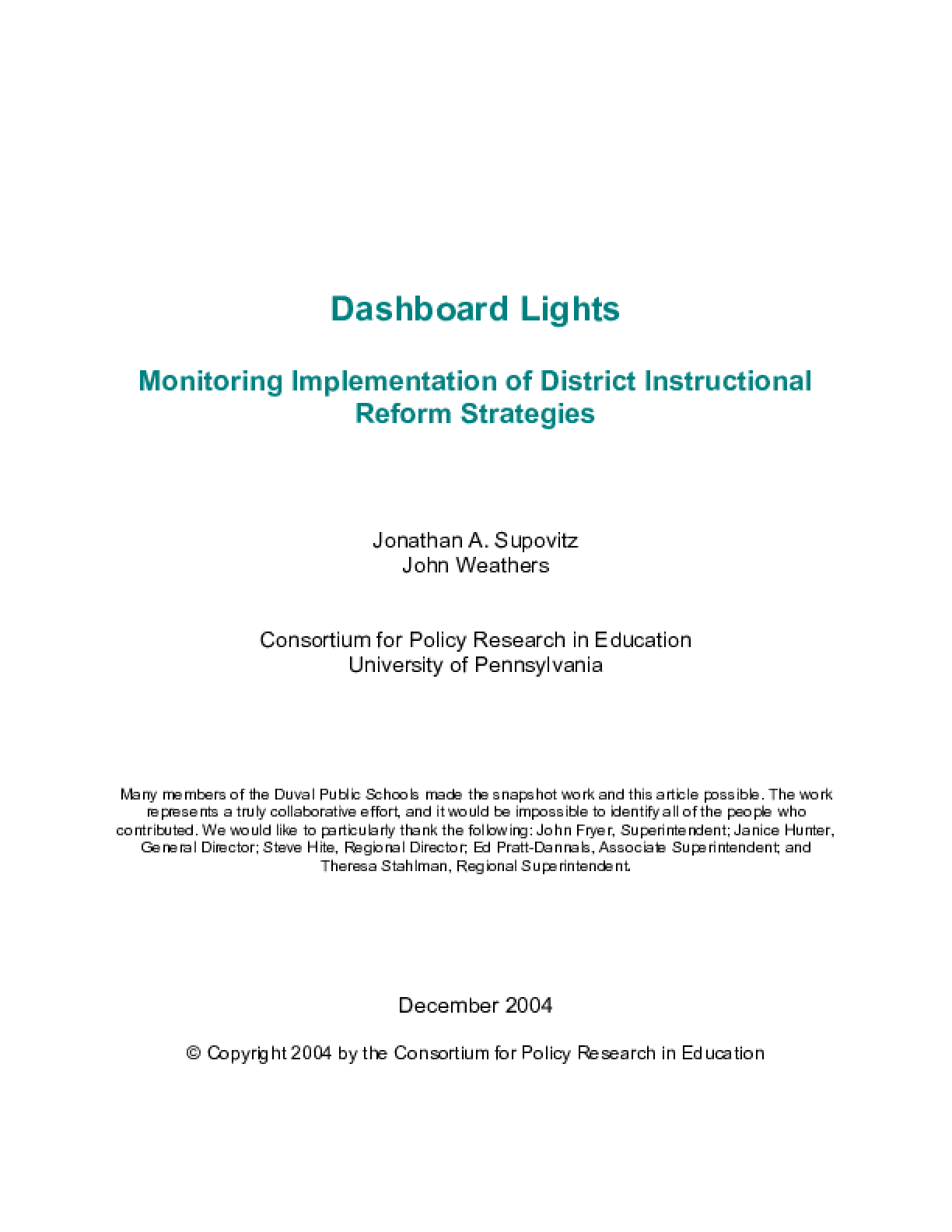