On June 20, 2010, following concerted international pressure, the Government of Israel announced a set of measures to 'ease' its illegal blockade of the Gaza Strip. Many in the international community, including Quartet Representative Tony Blair, expressed hopes that this would lead to a major change and alleviate the plight of the Palestinian civilian population in Gaza. However, five months later, there are few signs of real improvement on the ground as the 'ease' has left foundations of the illegal blockade policy intact. While the Government of Israel committed to expand and accelerate the inflow of construction materials for international projects, it has so far only approved 7 per cent of the building plan for UNRWA's projects in Gaza, and of that 7 per cent only a small fraction of the necessary construction material has been allowed to enter for projects including schools and health centres. Although there has been a significant increase in the amount of food stuffs entering Gaza, many humanitarian items, including vital water equipment, that are not on the Israeli restricted list continue to receive no permits. Two thirds of Gaza's factories report they have received none or only some of the raw materials they need to recommence operations. As a result, 39% of Gaza residents remain unemployed and unable to afford the new goods in the shops. Without raw materials and the chance to export, Gaza's businesses are unable to compete with the cheaper newly imported goods. This economic development leaves 80% of the population dependent upon international aid. In order to have a positive impact on the daily lives of the 1.5 million Palestinians in Gaza, half of whom are children, Israel must fully lift its blockade of the Gaza Strip. 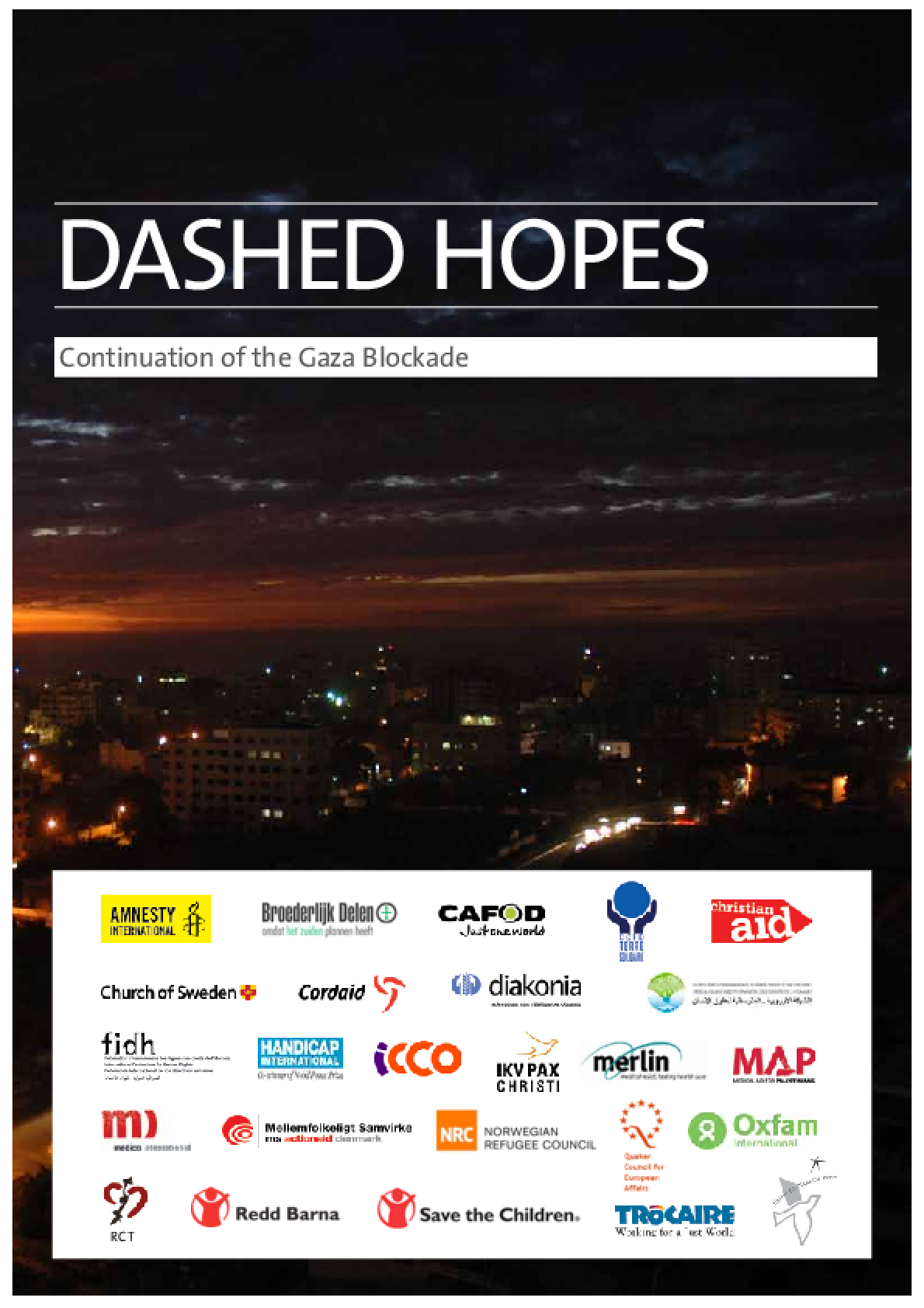