Analysis of new data obtained from U.S. Citizenship and Immigration Services (USCIS) reveals the agency has dramatically increased denials of L-1 and H-1B petitions over the past four years, harming the competitiveness of U.S. employers and encouraging companies to keep more jobs and resources outside the United States. Data indicate much of the increase in denials involves Indian-born professionals and researchers. U.S. Citizenship and Immigration Services adjudicators have demonstrated a capacity to keep skilled foreign nationals out of the United States by significantly increasing denials, along with often time-consuming Requests for Evidence (RFE), despite no change in the law or relevant regulations between 2008 and 2011. 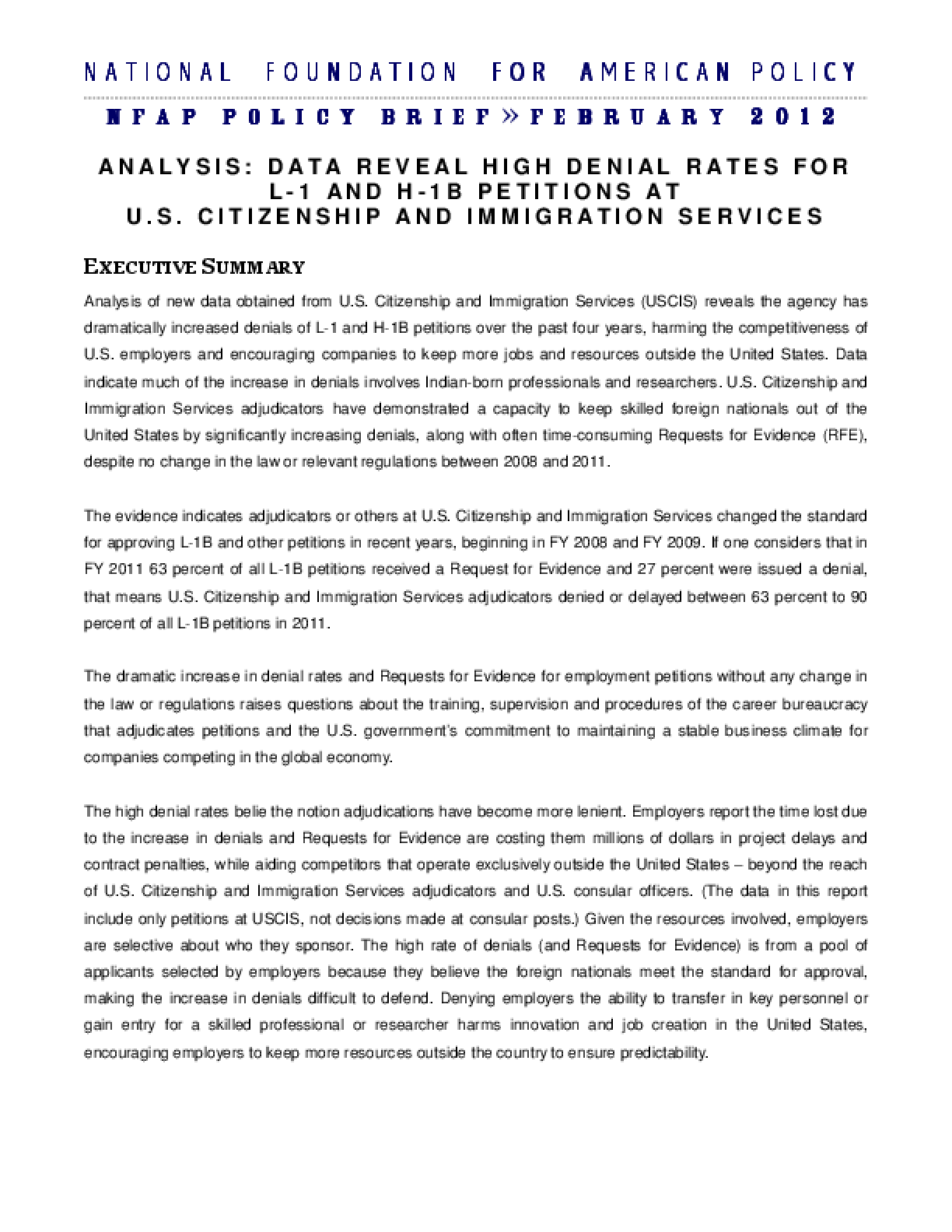