The population of New Hampshire grew by 7,800 between July of 2016 and July of 2017 to 1,343,000 according to new Census Bureau estimates. This is the largest population gain for the state since 2005 and 60 percent greater than last year, though it remains modest compared to gains in the 1980s and 1990s. Migration accounted for nearly all of the growth. New Hampshire had a net domestic migration gain of nearly 4,700 residents in migration exchanges with other states last year, compared to just 1,800 in the previous year. 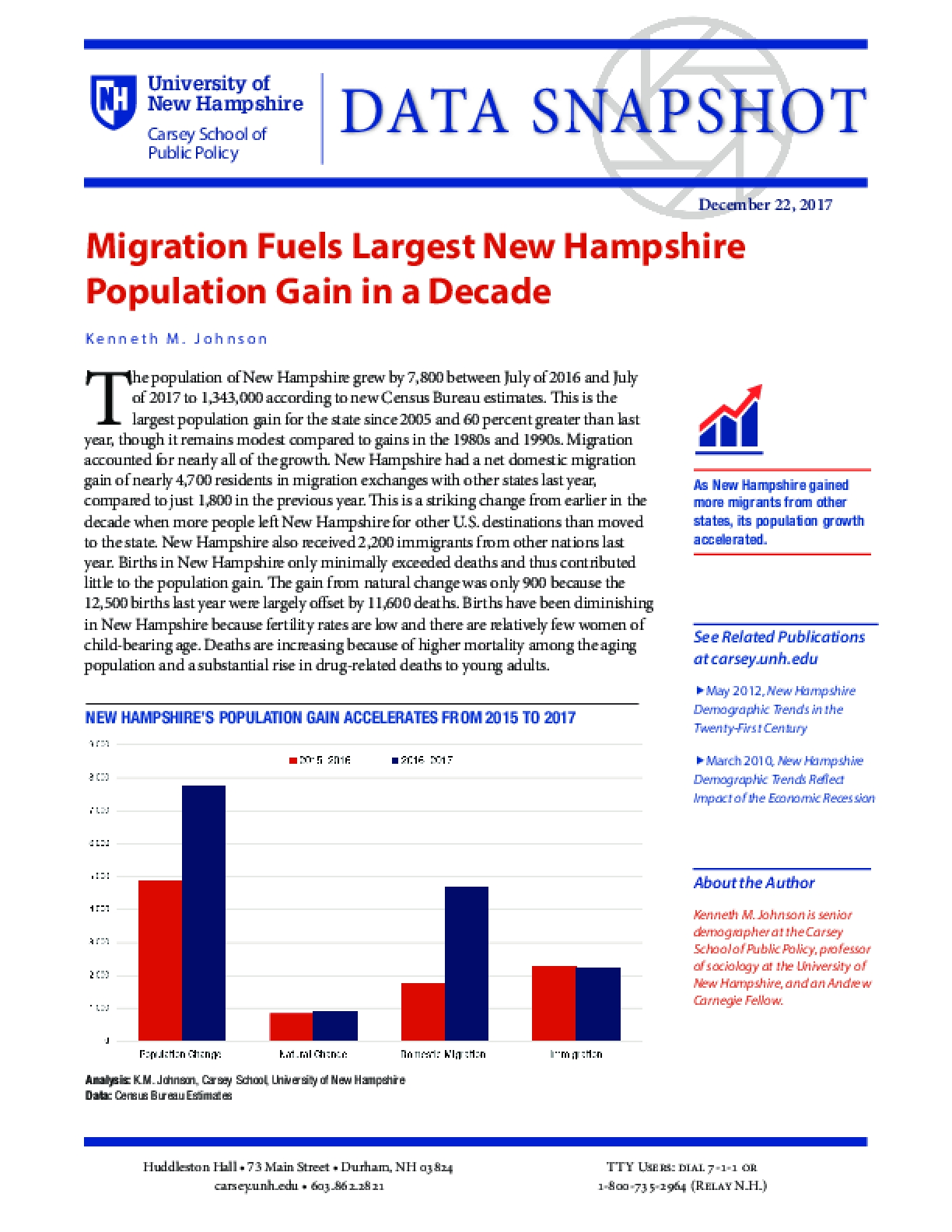