New data from the National Center for Health Statistics show a record low birth rate in the United States. In 2016, I estimate there were 600,000 fewer births in the United States than would have been expected had pre-recessionary birth rates continued. And, there is no evidence in these new data that this birth dearth is diminishing.

The Great Recession sent an economic shock through American society that reached far beyond the stock and housing market. One substantial long-term impact of the Great Recession is that more than four million fewer babies were born in the United States between 2008 and 2016 than would have been expected had pre-recession fertility rates among women of prime child-bearing age been sustained. Fewer births are occurring now even though there are more women of child-bearing age. The result is empty cradles in maternity wards and fewer children in kindergarten classrooms. 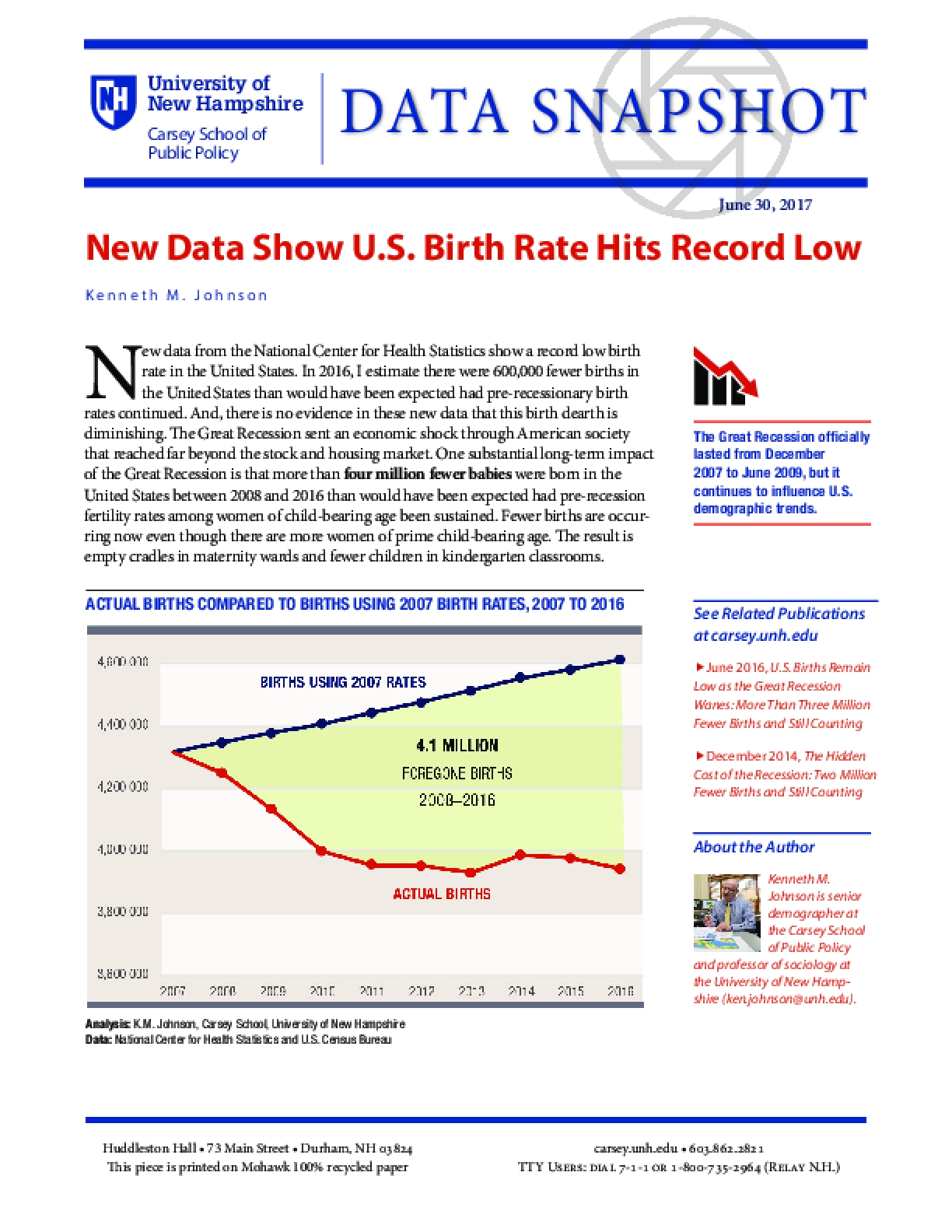