Funding for the Children's Health Insurance Program (CHIP)—the federal program that extends health insurance coverage to low income children not eligible for traditional Medicaid—officially expired on September 30, 2017. Given that states implement CHIP in different ways, states will run out of funds at different times, with twelve states exhausting their federal allotment by the end of 2017 (see Figure 1).

Several of these states are populous, and together are home to nearly 9 million—or 30 percent—of the nation's publicly insured children, and to one in five publicly insured rural children. Lawmakers are discussing how to fund reauthorization, and in the meantime, children may become uninsured or switch to more expensive and less comprehensive alternate plans in the interim. As states begin planning for these transitions, legislators should consider both administrative costs and potential effects on family health and finances. 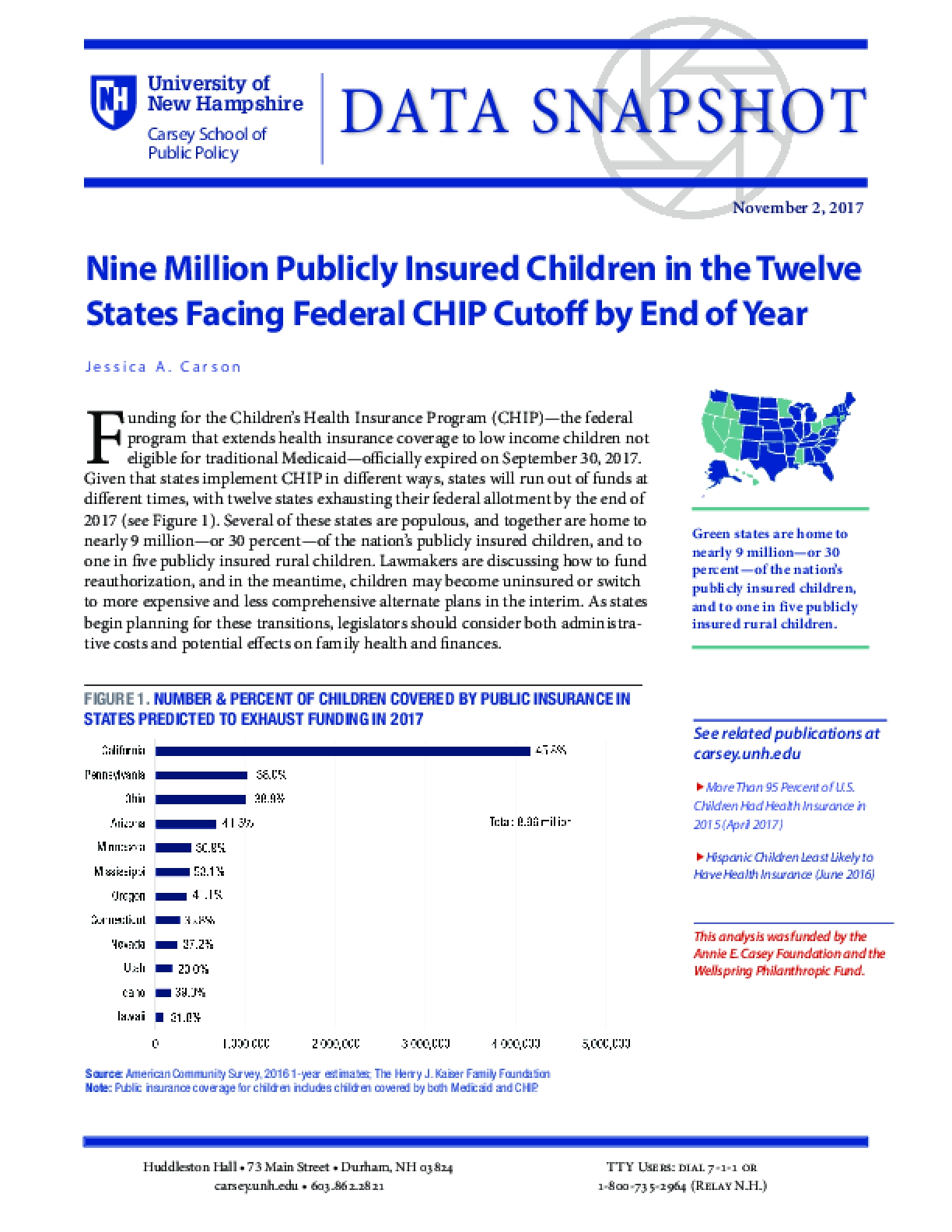