The U.S. population grew by just 2,020,000 or 0.62 percent between July 2017 and July 2018 according to recent Census Bureau estimates. This is the lowest population growth rate since 1937. A major contributor to the nation's recent low growth rate is the diminishing surplus of births over deaths—what demographers call natural increase. There were just 1,041,000 more births than deaths last year, the smallest natural increase in more than 70 years. When fewer babies are born and more deaths occur, population growth slows. Last year, there was a record number of deaths (2,814,000), but relatively few births (3,856,000). Just ten years ago, the surplus of births over deaths was 44 percent higher (1,860,000). This dwindling excess of births over deaths is occurring nationwide. Natural increase diminished in all but North Dakota and the District of Columbia over the past ten years. The reduction was substantial in many states; twelve experienced at least a 60 percent reduction in natural increase during this period and another twenty-four experienced declines of 40 to 60 percent. In West Virginia and Maine, more people are now dying than being born. The sharp reductions in natural increase make states increasingly dependent on migration to fuel significant population growth. And, in the nine states without sufficient natural increase to offset migration losses, the population declined last year. 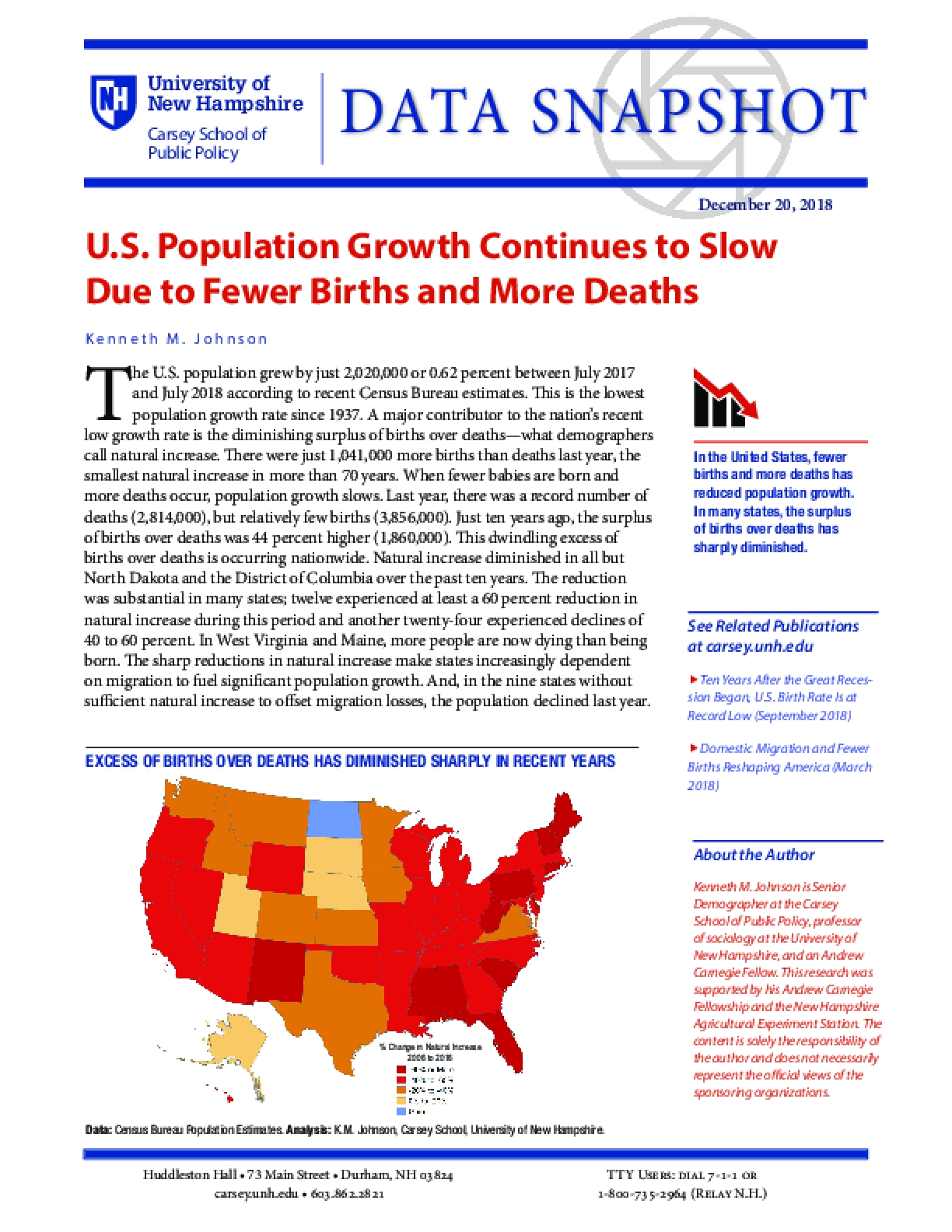