From 2008 to 2014, the David and Lucile Packard Foundation granted more than $122 million to advance conservation in Western North America. The Foundation's Western Conservation subprogram was one of the largest environmental initiatives by philanthropy in the region's history. Designed from the start to be a time limited subprogram, Western Conservation pursued nearly five dozen outcomes in three priority regions California, the Colorado Plateau, and Northwest Mexico as well as several Westwide initiatives. Grouped into 21 clusters of activity, these grants supported a broad range of environmental advocacy and conservation, including direct purchases of important habitat, communications campaigns, technical input for policymakers, and the creation of new NGOs. From 2010 to 2014, California Environmental Associates (CEA) served as a third-party evaluator of the Western Conservation subprogram. They conducted numerous investigations of the Foundation's work in the region and produced deeper dives on specific grantmaking clusters. In this final evaluation, CEA used a blend of quantitative and qualitative analysis. 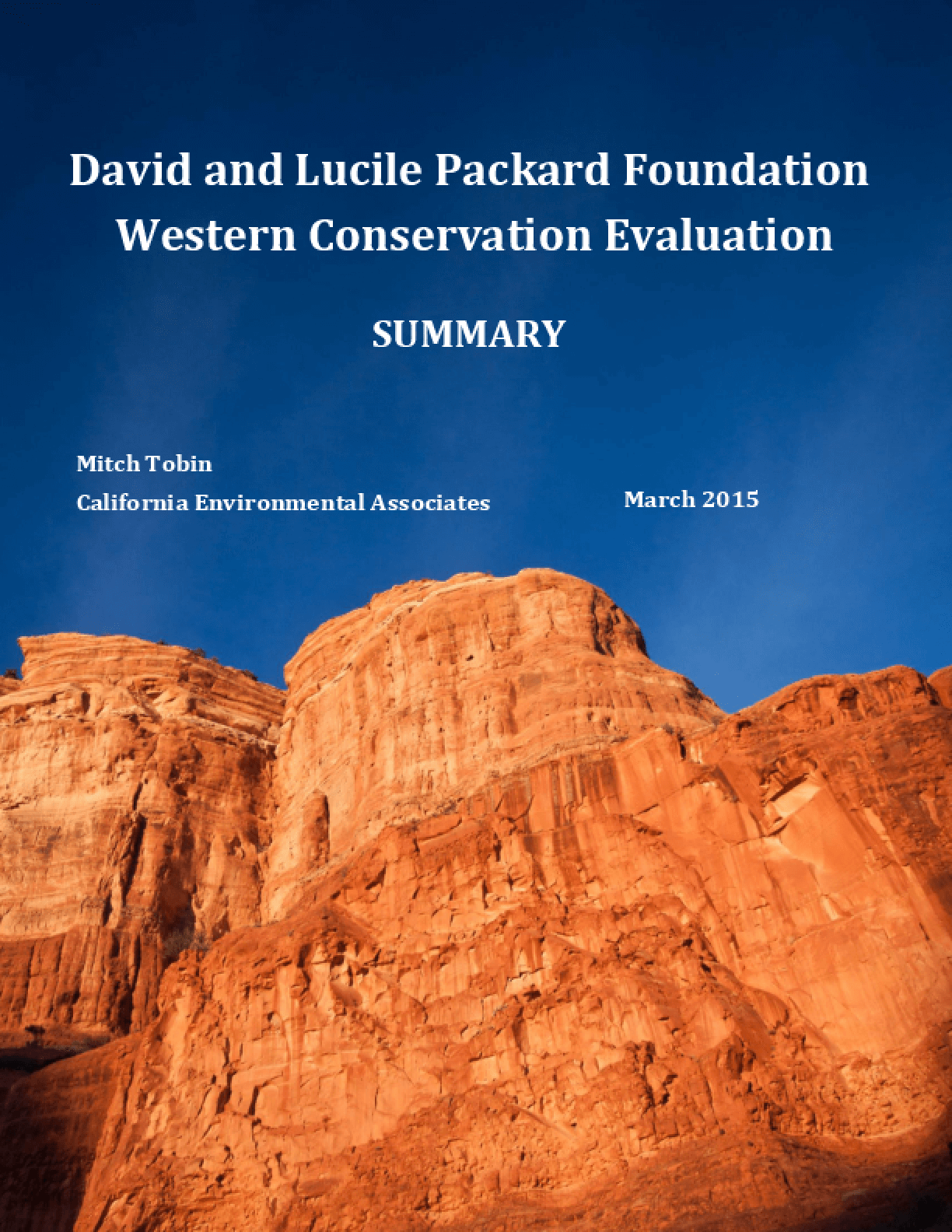