Deadly Deadlock: A Political Analysis of the Seventh Review Conference of the Nuclear Non-Proliferation Treaty

The Seventh Review Conference of the Non-Proliferation Treaty, failing to agree on any substantive item, showed the deep fissures in the international community on nuclear weapons. Despite an urgent appeal for action by U.N. Secretary-General Kofi Annan, who painted a picture of a nuclear catastrophe in one of the great cities of the world, the delegates of 153 countries could not rise up above petty disputes over the Conference agenda and at times sank into acrimony. The United States blocked any reference to the commitments made by the nuclear weapons States at the 1995 and 2000 Reviews. Iran blocked proposals to limit access to the nuclear fuel cycle by non-nuclear States. Egypt blocked a weak text on universalization of the NPT because of the Western States' failure to take action against Israel, which is not a party to the NPT and has unsafeguarded nuclear facilities. As a result of the failure to agree on anything, North Korea remained unpunished for leaving the Treaty and announcing its possession of nuclear weapons. 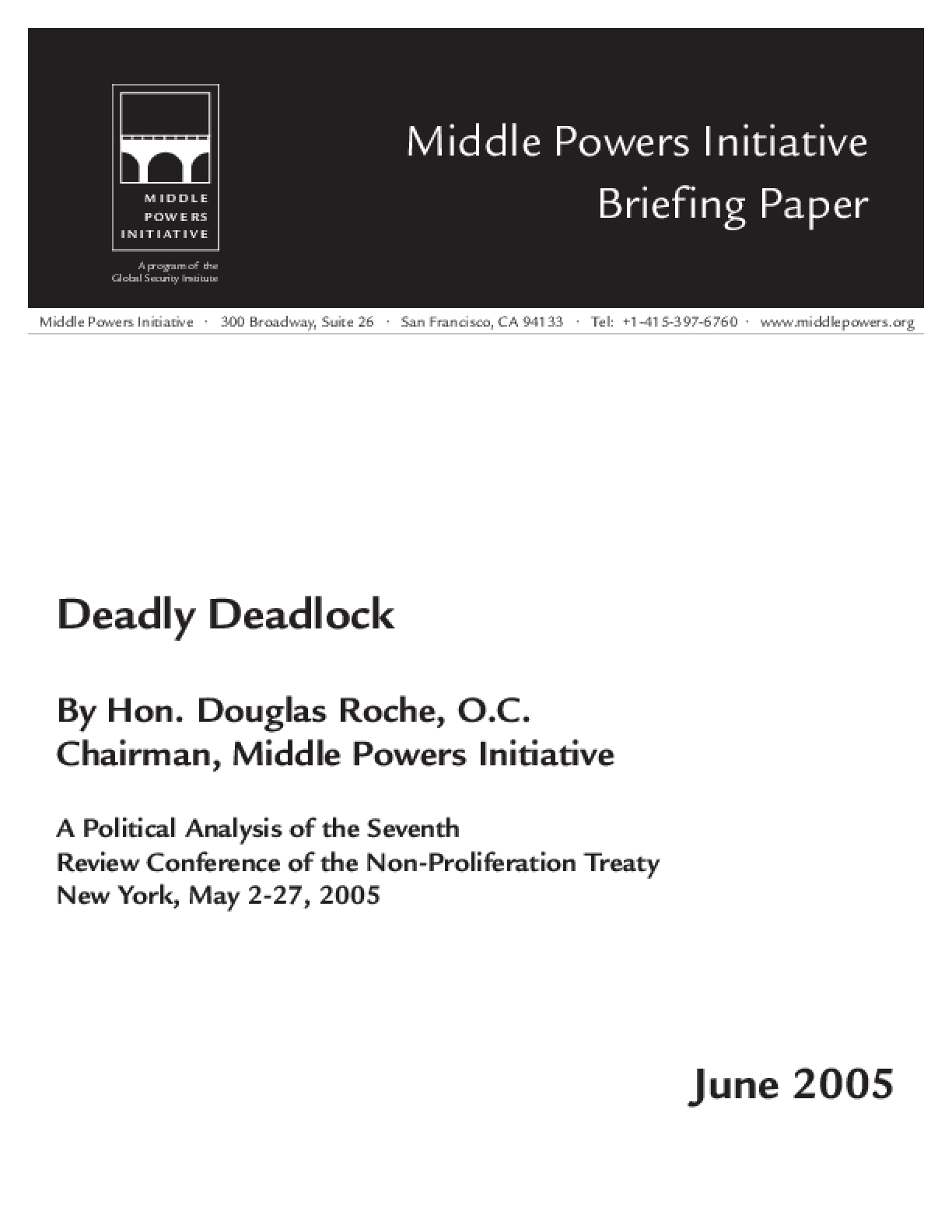