Deadly Force: Police Use of Lethal Force in the United States

Hundreds of men and women are killed by police each and every year across the United States. No-one knows exactly how many because the United States does not count how many lives are lost. The limited information availablehowever suggests that African American men are disproportionately impacted by police use of lethal force. While themajority of the unarmed African Americans killed by police officers are men, many African American women havealso lost their lives to police violence. Police officers are responsible for upholding the law, as well as respecting andprotecting the lives of all members of society. Their jobs are difficult and often dangerous. However, the shooting ofMichael Brown in Ferguson, Missouri and countless others across the United States has highlighted a widespread pattern of racially discriminatory treatment by law enforcement officers and an alarming use of lethal force nationwide.

Amnesty International reviewed US state laws – where they exist – governing the use of lethal force by law enforcement officials and found that they all fail to comply with international law and standards. Many of them do not even meet the less stringent standard set by US constitutional law. Some state laws currently allow for use of lethal force to "suppress opposition to an arrest"; to arrest someone for a "suspected felony"; to "suppress a riot or mutiny"; or for certain crimes such as burglary. A number of statutes allow officers to use lethal force to prevent an escape from a prison or jail. Others allow private citizens to use lethal force if they are carrying out law enforcement activities 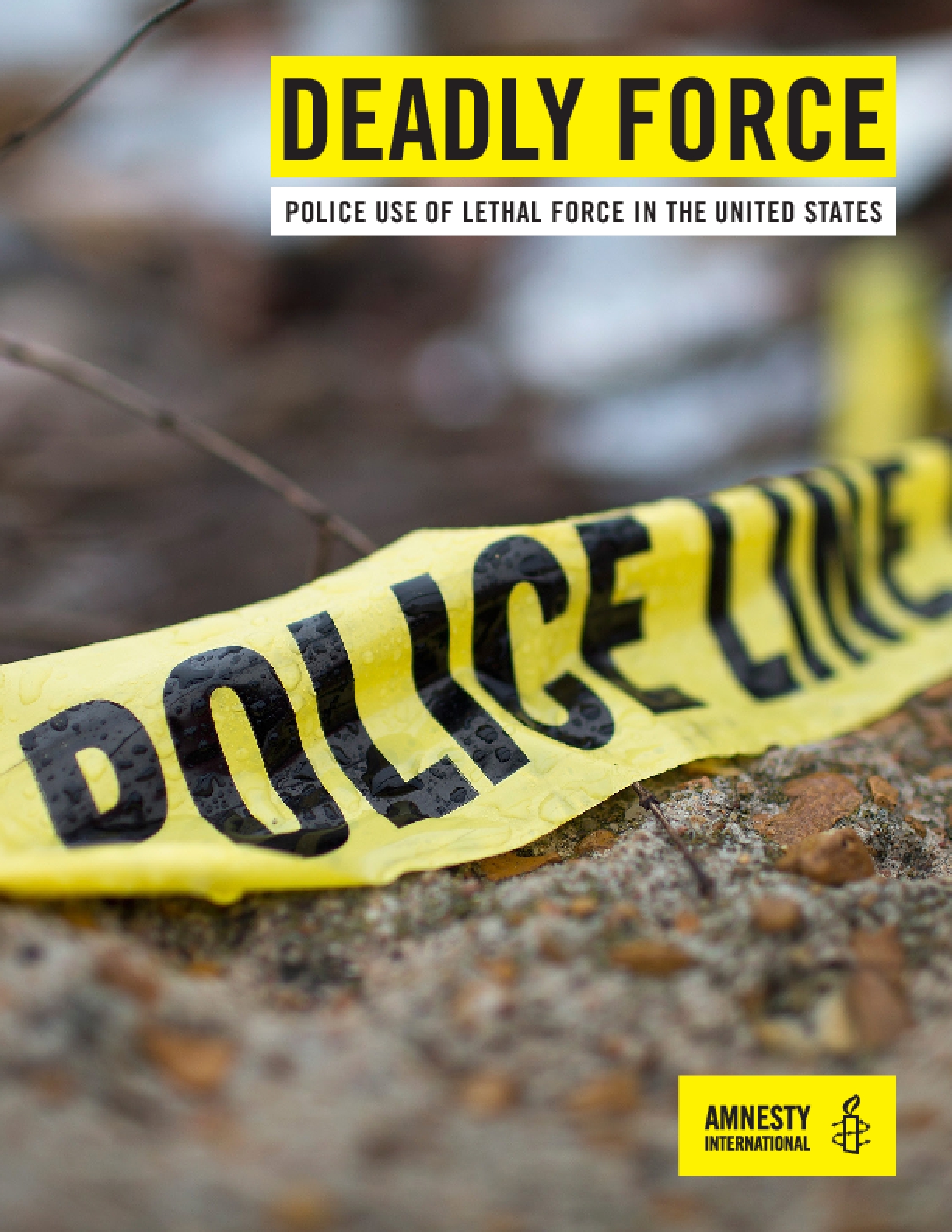