Dealing With the Past in the Western Balkans: Initiatives for Peacebuilding and Transitional Justice in Bosnia-Herzegovina, Serbia and Croatia

The study investigates initiatives for reconciliation and "dealing with the past" which were undertaken by international organisations, legal institutions and local civil society actors in response to the wars in the former Yugoslavia in the early 1990s. The coherence of objectives and strategies and their implications for peacebuilding, forms of cooperation and learning experiences, and the political resonance of the various approaches were a particular focus of interest. The research concentrated on Bosnia-Herzegovina, Serbia and Croatia, which are linked by their history of ethnopolitical conflict and are signatory states to the Dayton Peace Agreement (1995), under which they committed to cooperate in order to overcome the effects of war. The inter-country case study was carried out with input from local partners from civil society organisations and academic institutions. In all, 150 interviews were conducted in 28 municipalities. 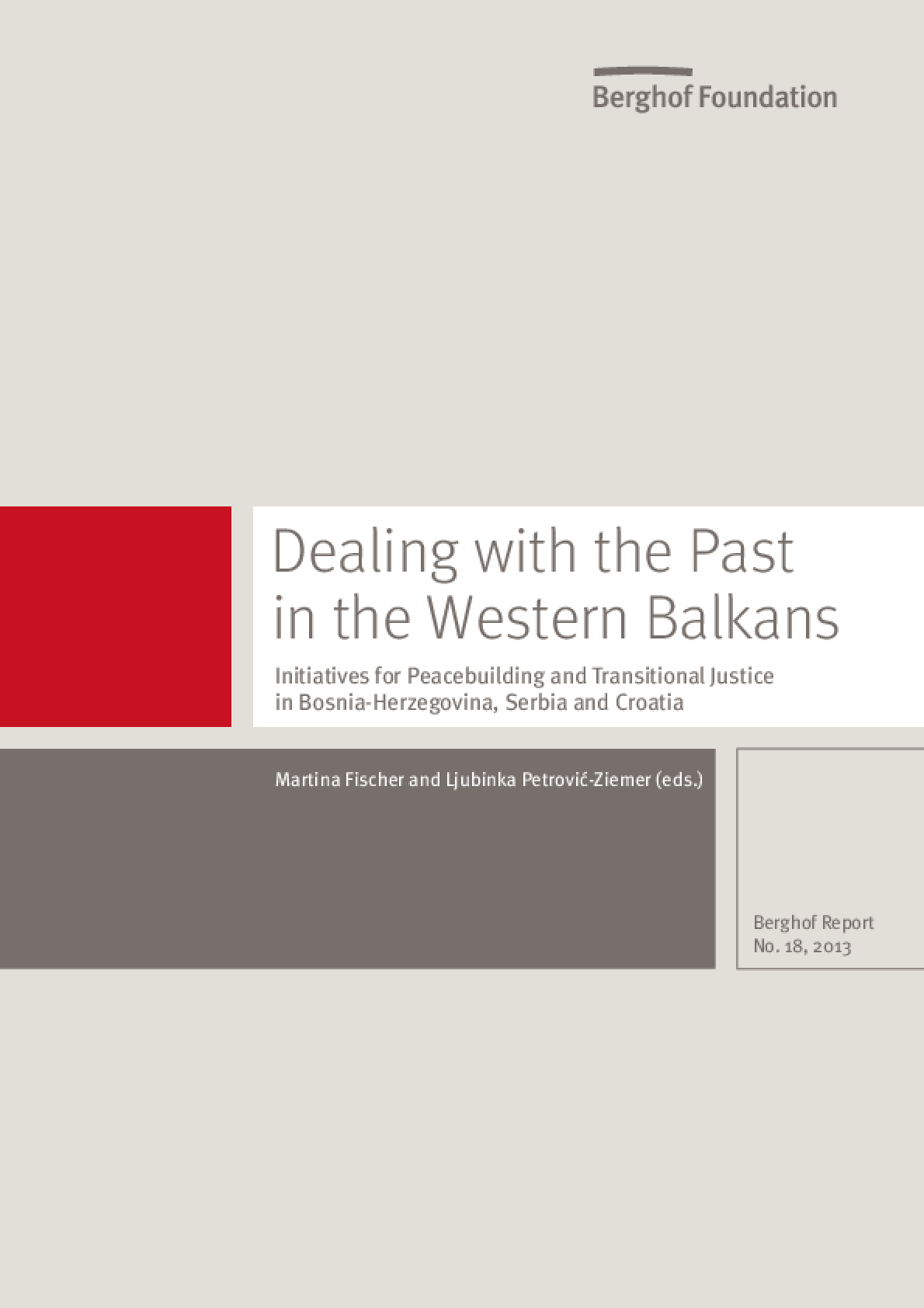