In this report we review promises made to congressional Representatives to push NAFTA passage, whether those promises were kept, and whether the concerns underlying the deals were in fact addressed. We found that many of the commitments that the Clinton Administration made in 1993 in order to get NAFTA passed were never fulfilled. Many of the actions that the Clinton Administration did take proved worthless for the parties they were supposed to help. Depending on the country being considered for a trade agreement with the United States, different sectors of domestic industry may consider themselves to be particularly threatened. The outcomes of the deals granted to industries concerned about NAFTA should serve as a warning for those now seeking safeguards for sectors likely to be threatened by future trade agreements under the proposed new fast track authority. 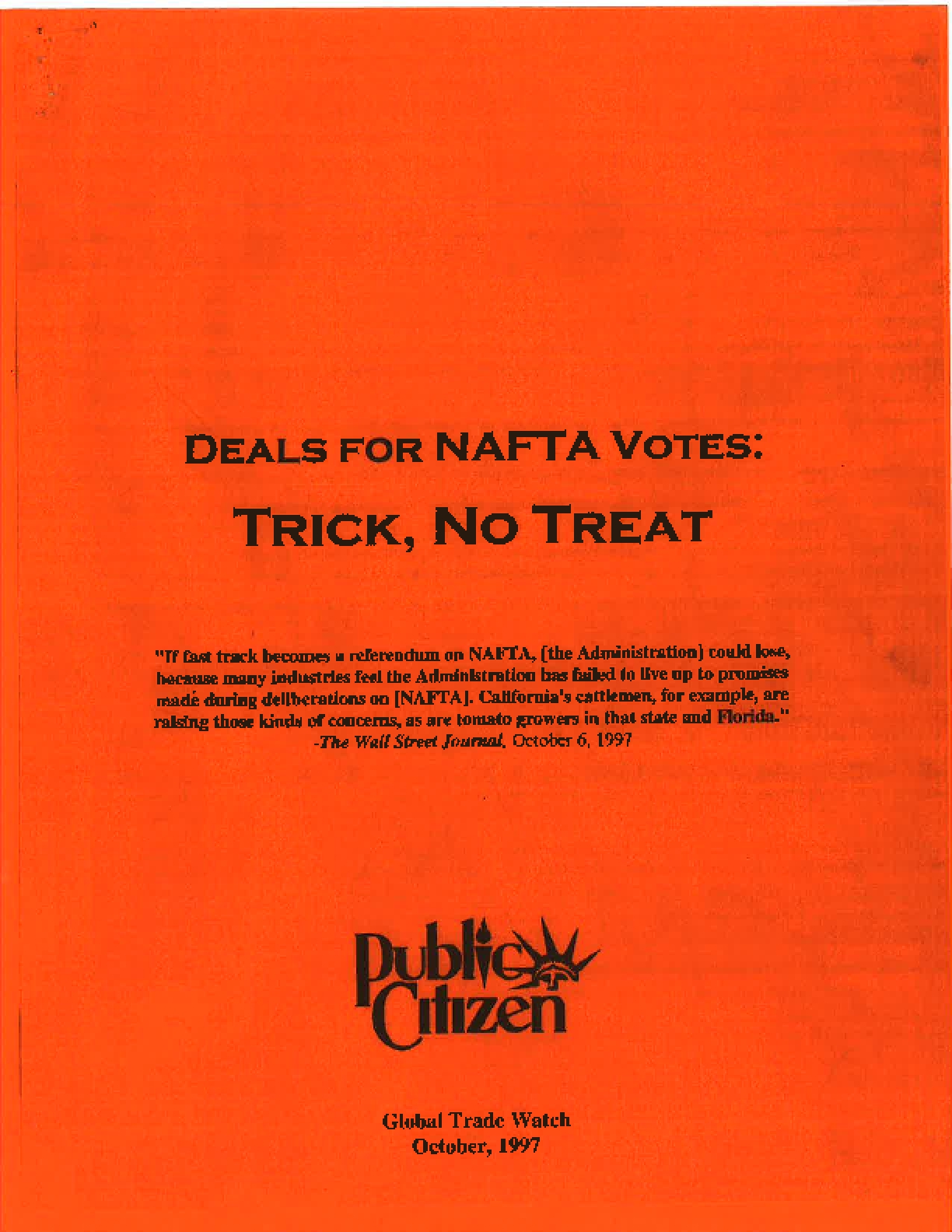