Death by Dealer: When Addicts Overdose, Should Dealers Be Charged with Murder?

The nation is currently in the throes of an epidemic of opiate addiction. More Americans now die from fatal opiate overdoses than from automobile accidents every year -- and the problem is especially pronounced in white suburban, exurban, and rural communities. One fascinating by product of the whiteness of this new crisis has been the emergence of a more humane vocabulary for understanding -- and combating -- drug addiction. As a headline in the New York Times had it, in battling heroin addiction, "White Families Seek Gentler War on Drugs." When the Obama administration committed, recently, to allocate over $1 billion in new funding to address opiate addiction, officials referred to the problem as an epidemic, signaling that the acute social problems related to this type of chemical dependence should be regarded first and foremost as a public health crisis, rather than a law enforcement crisis. As a new addiction crisis sweeps the country, and as presidential candidates from both parties call for greater compassion and more comprehensive treatment options for addicts, there is another intriguing development that has received little media attention or policy debate: a widespread push for harsher sentences for drug dealers, rather than addicts. As addicts die in increasing numbers due to overdoses related to heroin and prescription opiate use abuse, prosecutors in communities across the country have been looking for new ways to hold people responsible for those deaths. Whether they are reviving old statutes, aggressively interpreting the ambit of existing law, or advancing tough new legislation at the state level, prosecutors in at least a dozen jurisdictions are pursuing charges against the dealers who sell drugs that cause overdoses, and they are looking to hold these dealers responsible not simply for drug sales, but for murder. 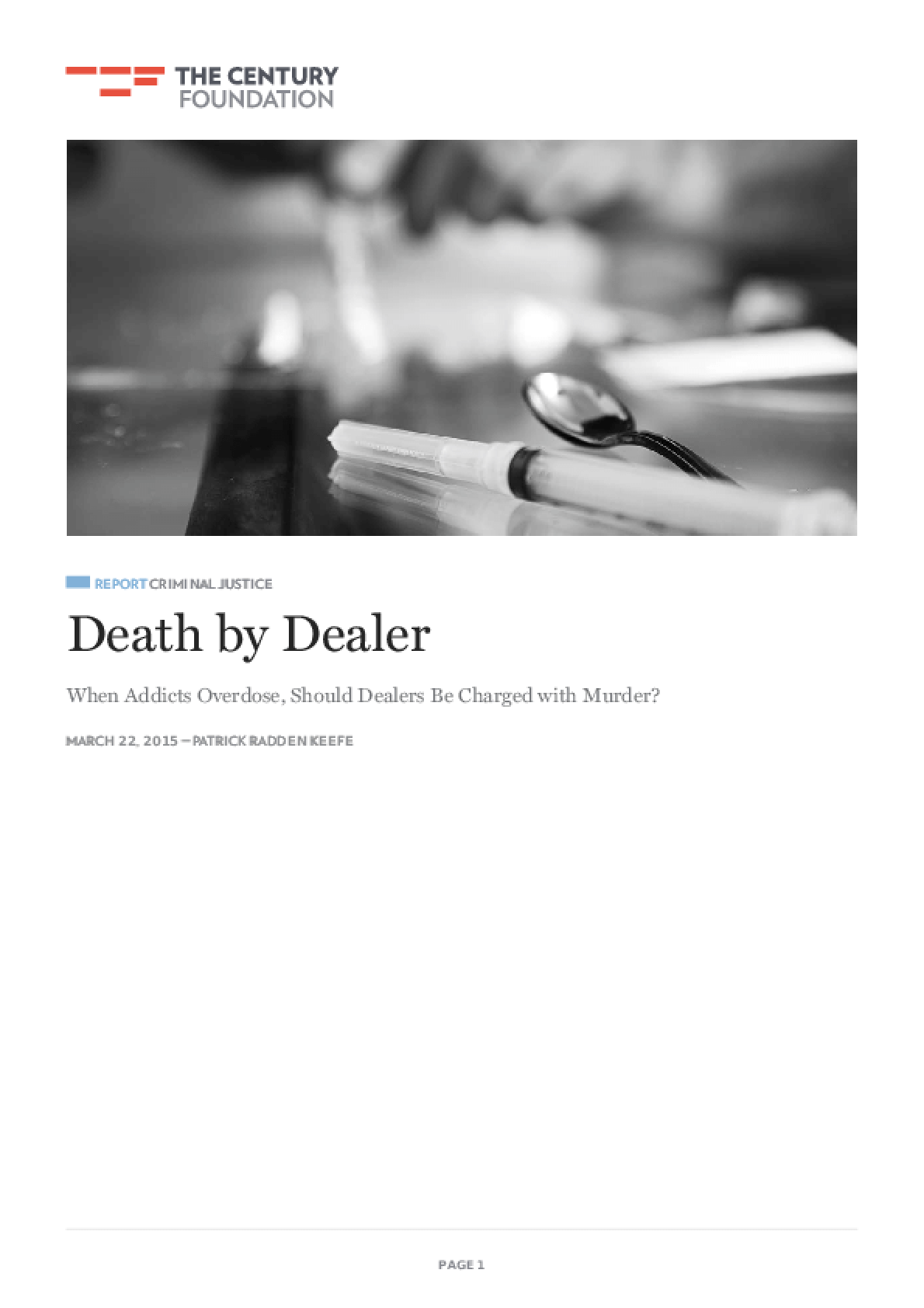