Deaths Exceed Births in Most of Europe, But Not in the United States

With the increased attention to Europe's demographic future stimulated by the on-going immigration crisis, we present important new findings about the diminishing number of births compared to deaths in Europe and the United States from our recent article in Population and Development Review. When births fail to keep pace with deaths in a country there is a "natural" decrease in population and a substantial risk of population loss—loss that can often only be avoided by increased migration. Seventeen European nations have more people dying in them than being born, including several of Europe's most populous countries. In contrast, in the United States, births exceed deaths by a substantial margin. See Figure 1. 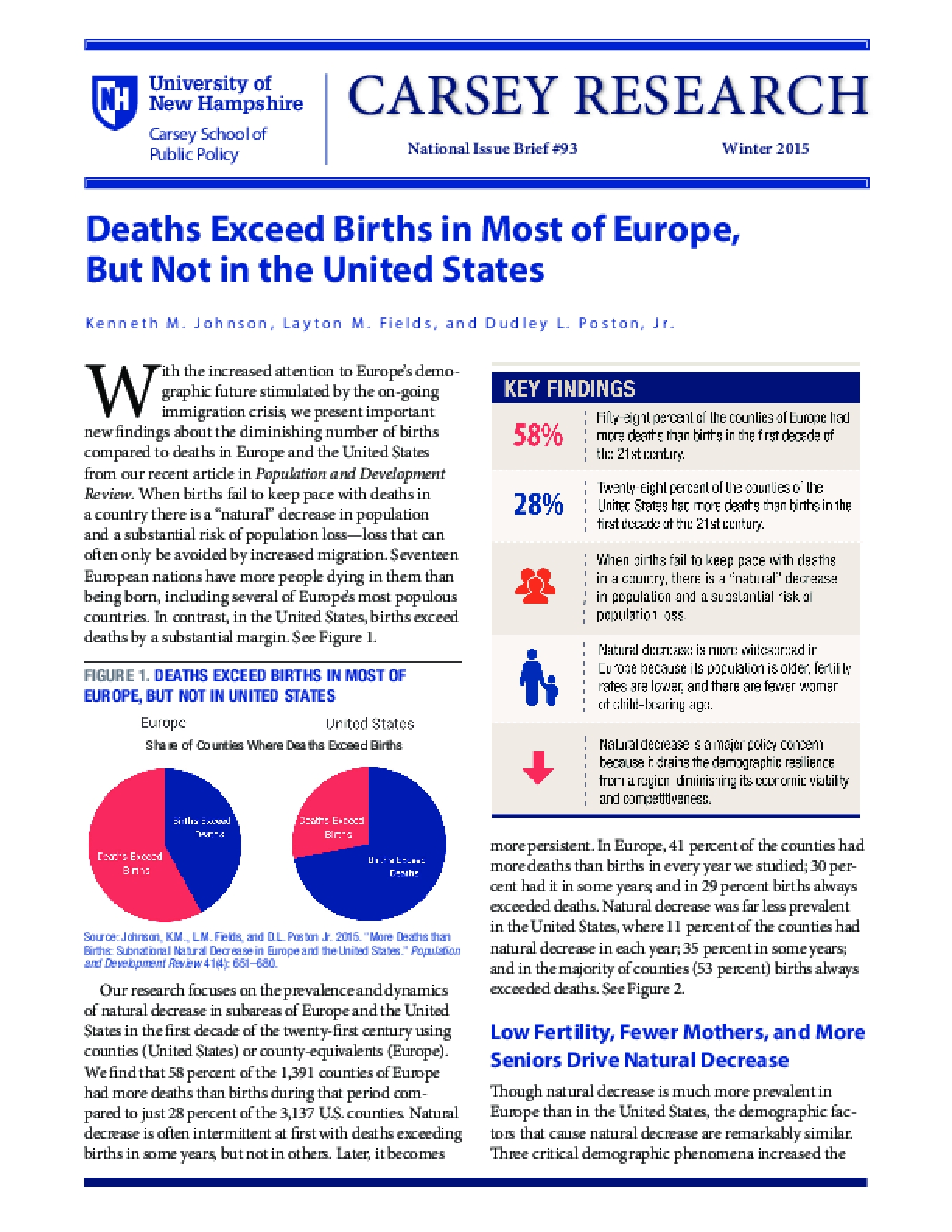