Beginning in early 2021, the Raza Database Project, a team of volunteer researchers, journalists, family members of Latinos killed by police, and activists came together to investigate a long-suspected undercount of the deaths of Latinos and other people of color by or in the custody of law enforcement. The Project's Director, Roberto "Dr. Cintli" Rodríguez, himself a survivor of police abuse, began his inquiry into thesubject in 2016 by comparing well-known Hispanic surnames with the names of individuals reported in the "White," "Other," and "Unknown" categories of national databases of police killings that were created following the shooting of Michael Brown in 2014. His initial inquiry concluded that deaths of Latino and Indigenous people at the hands of police were under-counted in widely reported national databases by a quarter to one-third. He also called attention to media narrativesthat virtually ignored the killings of Latinos by law enforcement, even in Southern California, the largest Hispanic media market in the country. 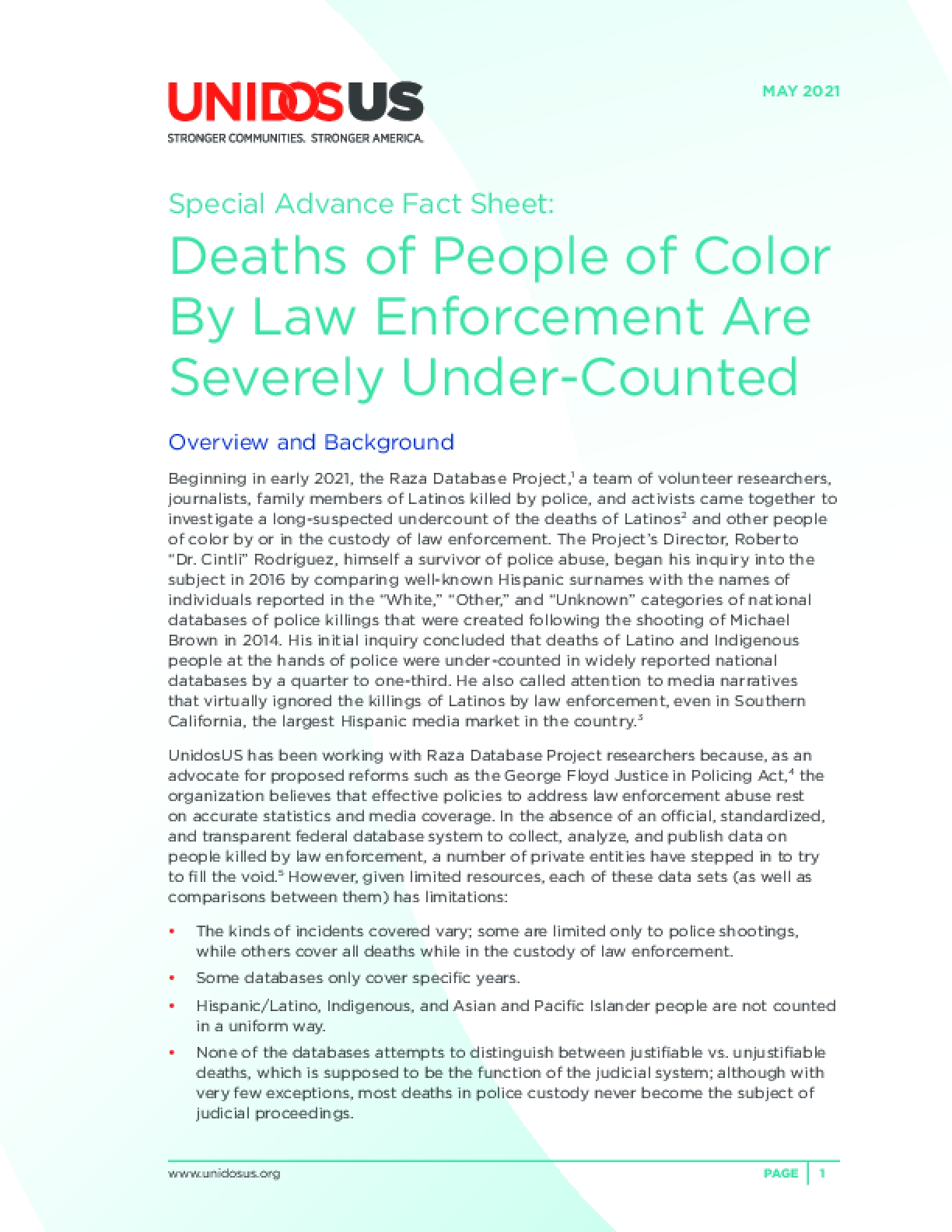