The debt crisis has its origins in the 1970s and 1980s, when rich governments and companies lent huge sums to developing countries, often knowingly to corrupt regimes and to serve their own political or commercial ends. Whilst there have been major steps forward in cancelling debt, in response to campaigner pressure, the rich world has still not taken full responsibility for these 'illegitimate' debts and the ensuing debt crisis. On the contrary, as debt burdens grew over the last 30 years, creditors told impoverished countries to cut their public spending in order to 'balance the books' and keep up with debt payments. Today, debt drains poor countries of resources that could otherwise be spent on vital public services. Where debt has been cancelled, countries have invested in public services, extending healthcare, education, water, sanitation and electricity to millions more people. 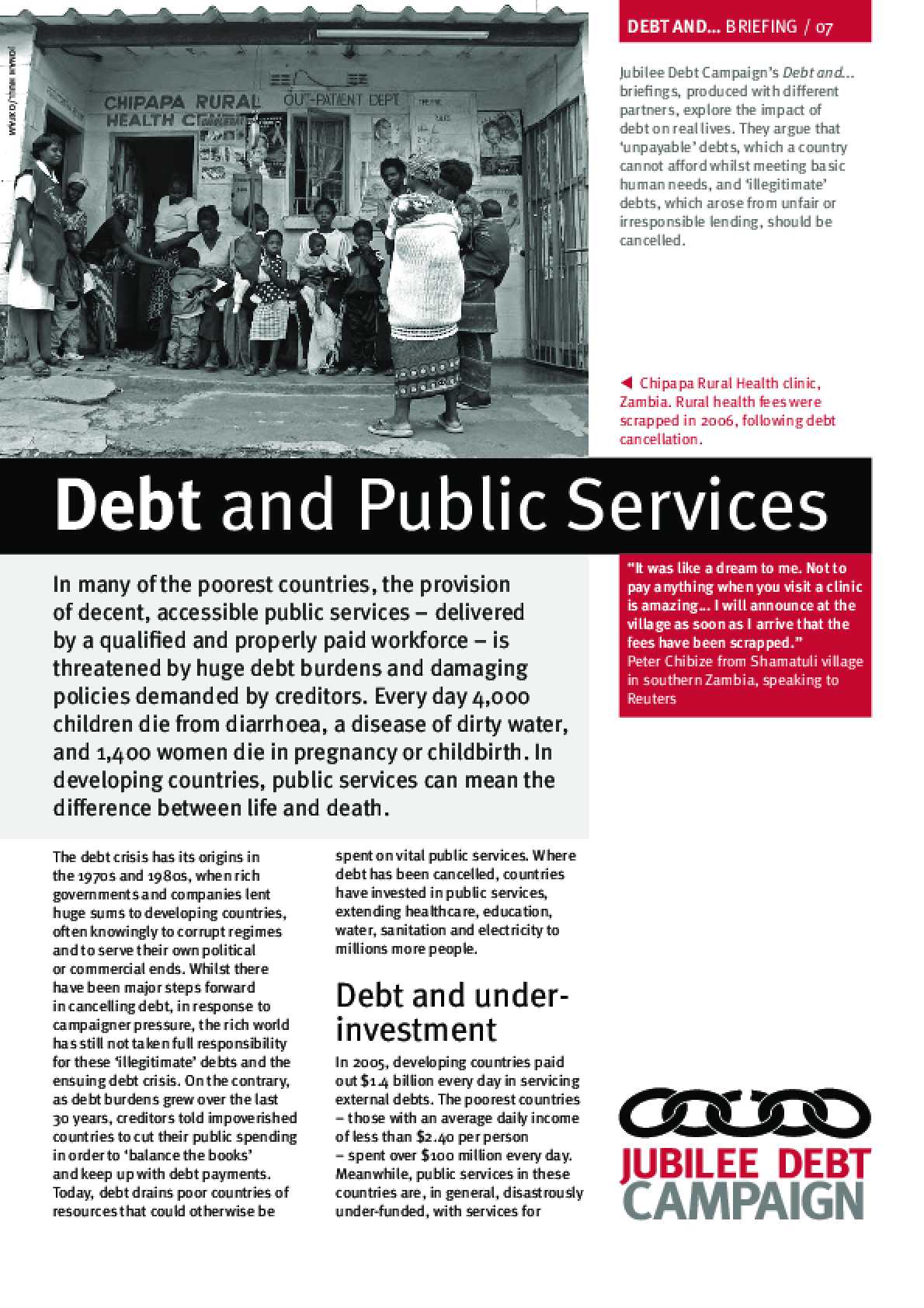