Debt Relief for Rwanda: An opportunity for peacebuilding and reconstruction

Rwanda stands at a critical point in its history. The country's people are seeking to rebuild a society shattered by war and a genocide in which one in eight Rwandans - Tutsi and Hutu opponents of the government's extremist policies - was killed, and which further led to the outflow of over one and a half million refugees. Since the 1994 conflict, poverty levels have increased dramatically, the health-care and education systems have collapsed, and the economic infrastructure has been shattered. Conflict in Rwanda continues to have enormous destabilising effects on all the neighbouring countries, including the Democratic Republic of Congo, Burundi, Tanzania, and Uganda. There is an urgent need for peace, security, and poverty reduction. 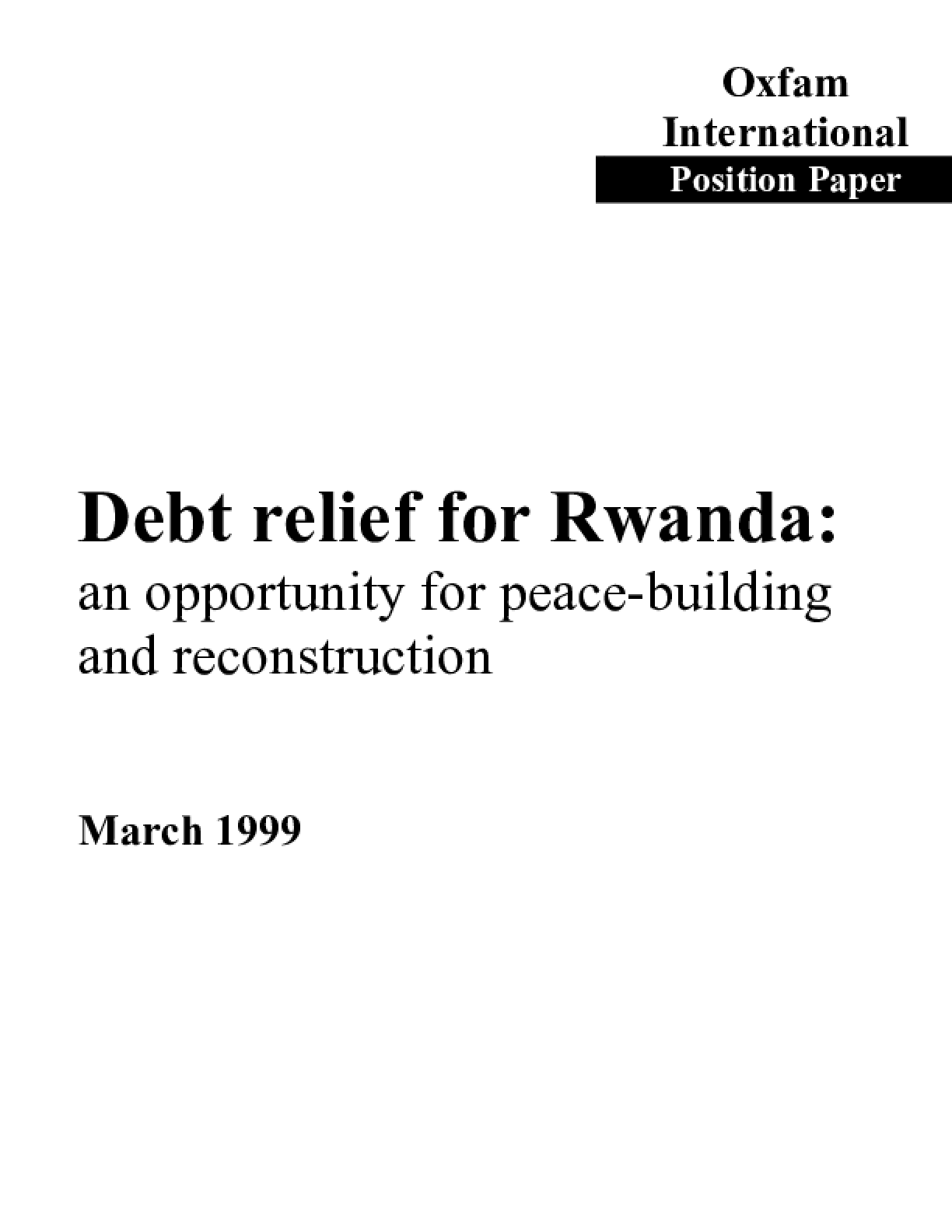