Debt Relief for Tanzania: An Opportunity for a Better Future

Tanzania is one of the world's poorest countries. Around half of the population lives below the poverty line, one in six children die before the age of five, and almost one-third of the population will not live until the age of forty. These human welfare indicators are the culmination of almost two decades of slow growth and under-investment in basic social services. Economic reform programmes have succeeded in raising per capita growth rates during the 1990s, winning praise from the IMF and the World Bank. However, there is little evidence of the resulting benefits 'trickling down' to the rural and urban poor. On current trends over 40 per cent of Tanzania's population will remain extremely poor at the end of the decade, even with strong growth performance. 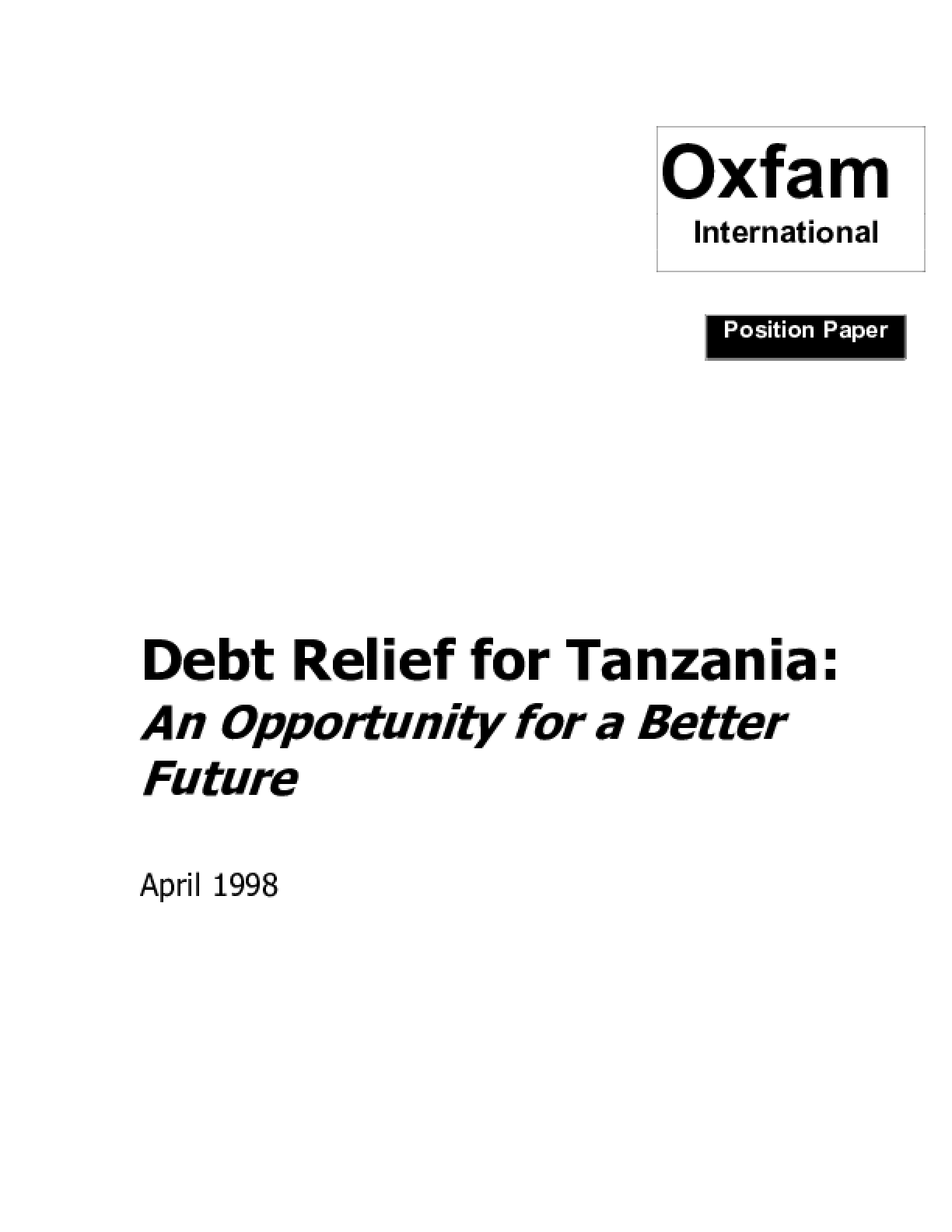