Debunking a Myth: The Gun Lobby's Claim That Less Than 1% of Crime Guns Come from Gun Shows

A loophole in federal law and the law of 33 states, commonly referred to as the "Gun Show Loophole," allows unlicensed vendors at these events to sell firearms without conducting background checks on purchasers. In its efforts to keep the Gun Show Loophole open, the gun lobby often cites a Department of Justice (DOJ) survey in claiming that less than 1% of firearms used in the commission of crimes in the United States are obtained at gun shows. The findings of this survey have been grossly distorted by opponents of gun show regulation. A comprehensive analysis of the survey's methodology, scope, and structure reveals the problems with treating it as a scientific analysis of the sources of crime guns. 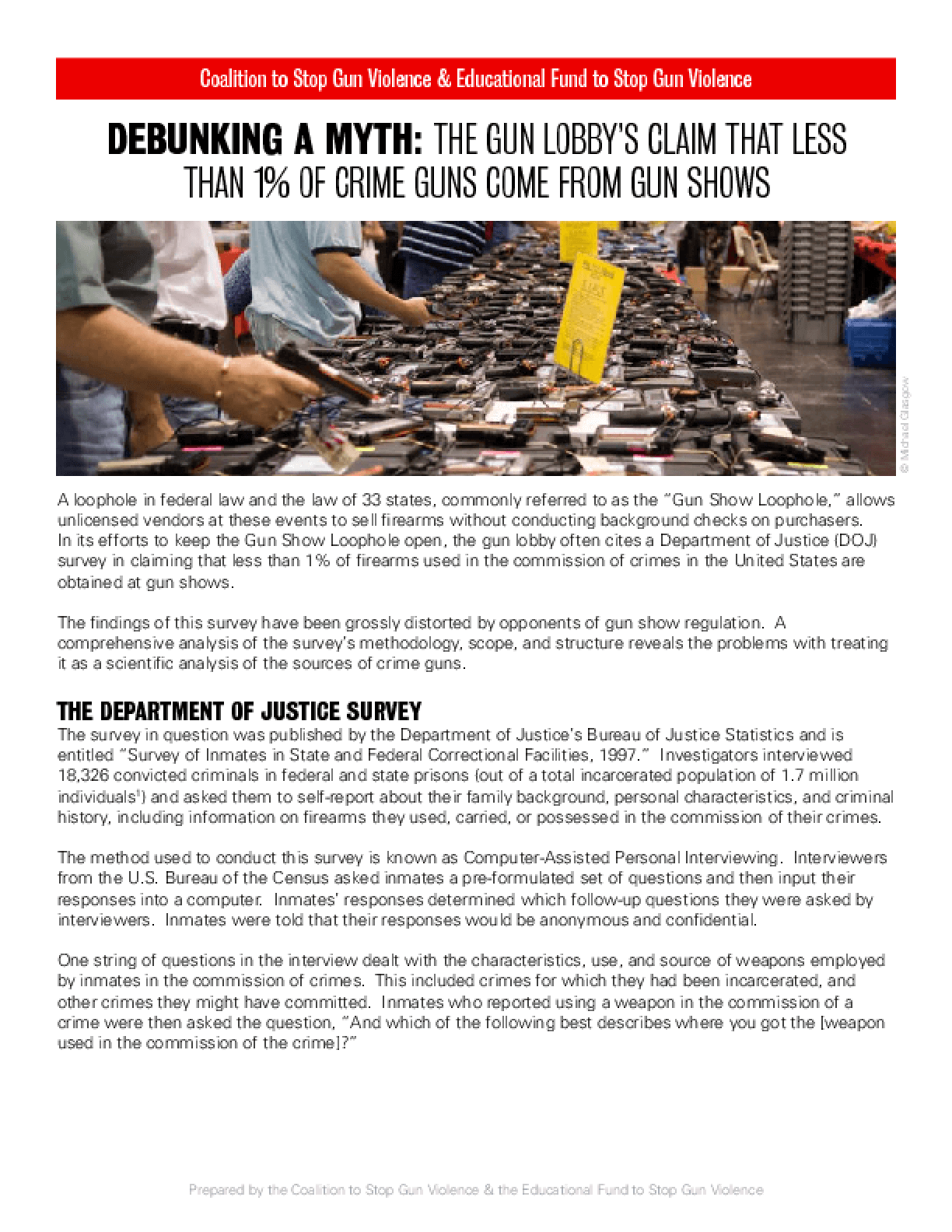