Though many people consider Portland, Oregon, a model of 21st-century urban planning, the region's integrated land-use and transportation plans have greatly reduced the area's livability. To halt urban sprawl and reduce people's dependence on the automobile, Portland's plans use an urban-growth boundary to greatly increase the area's population density, spend most of the region's transportation funds on various rail transit projects, and promote construction of scores of high-density, mixed-use developments. When judged by the results rather than the intentions, the costs of Portland's planning far outweigh the benefits. Planners made housing unaffordable to force more people to live in multifamily housing or in homes on tiny lots. They allowed congestion to increase to near-gridlock levels to force more people to ride the region's expensive rail transit lines. They diverted billions of dollars of taxes from schools, fire, public health, and other essential services to subsidize the construction of transit and high-density housing projects. Those high costs have not produced the utopia planners promised. Far from curbing sprawl, high housing prices led tens of thousands of families to move to Vancouver, Washington, and other cities outside the region's authority. Far from reducing driving, rail transit has actually reduced the share of travel using transit from what it was in 1980. And developers have found that so-called transit-oriented developments only work when they include plenty of parking. Portland-area residents have expressed their opposition to these plans by voting against light rail and density and voting for a property-rights measure that allows landowners to claim either compensation or waivers for land-use rules passed since they purchased their property. Opposition turned to anger when a 2004 scandal revealed that an insider network known as the "light-rail mafia" had manipulated the planning process to direct rail construction contracts and urban-renewal subsidies to themselves. These problems are all the predictable result of a process that gives a few people enormous power over an entire urban area. Portland should dismantle its planning programs, and other cities that want to maintain their livability would do well to study Portland as an example of how not to plan. 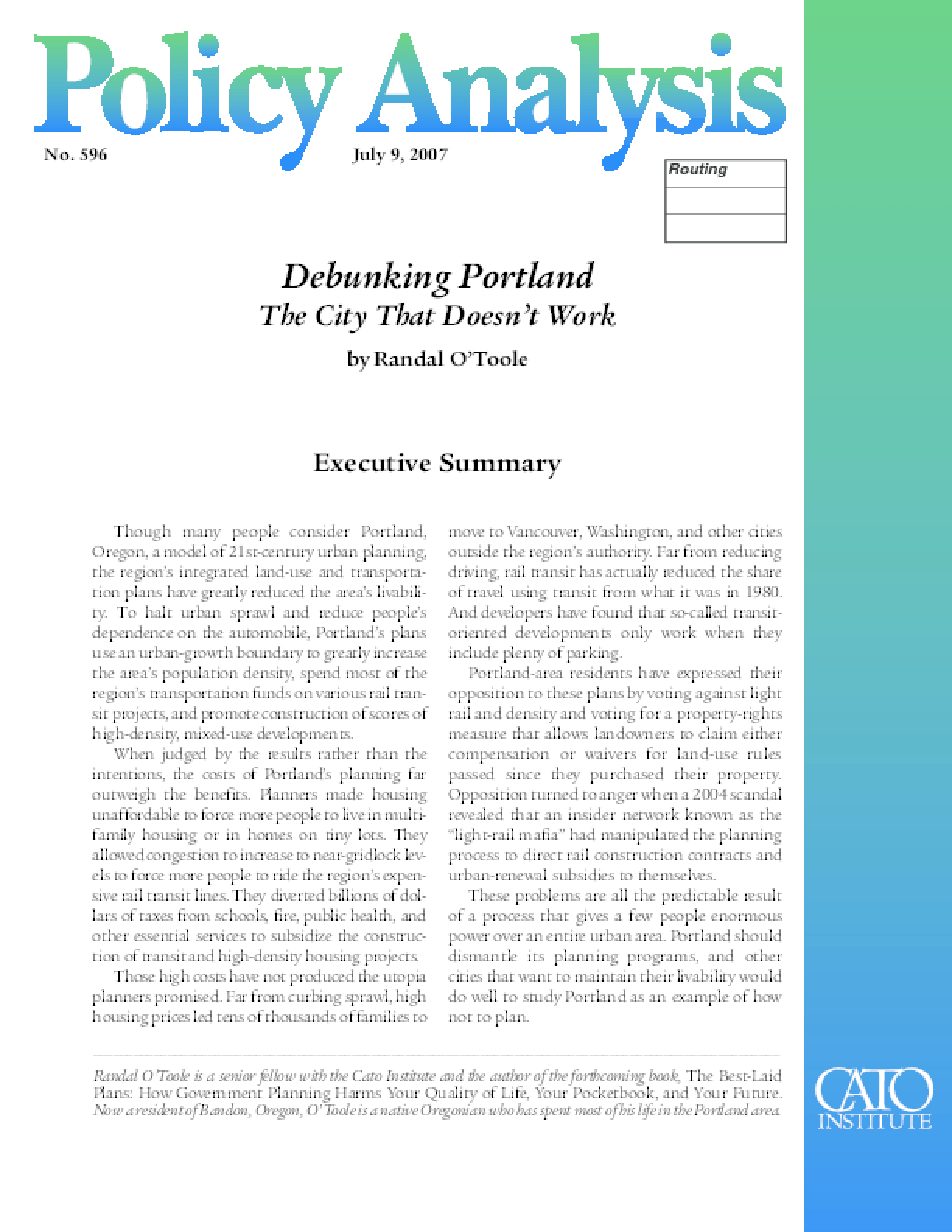